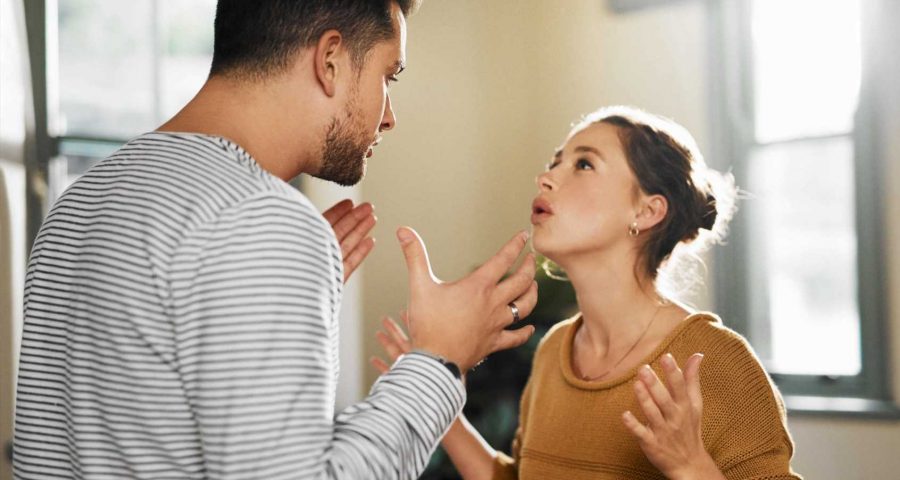 WHAT do you do after an argument with your other half? For some people, it's the perfect excuse to go for an angry run while others prefer to have a moan with their girlfriends over drinks.

But the one thing we don't do? Add the fight to a list detailing all our other disagreements.

Unfortunately for one woman, this is the exact thing her husband has been doing – and she's understandably feeling "totally destabilised" by the discovery.

Writing in to Dear Prudence's advice column, the woman described her partner as a "very smart and very calm" man and said they "get along well".

She wrote: "I’m a stay-at-home mom at the moment, and we have a lovely toddler.

Shortly after their disagreement, the woman's husband left for a meeting and had his computer unlocked.

She added: "It didn’t take much to find a list that he’s been keeping for a year of every quarrel that he has with me.

"He’s kept a list of things he feels I bullied him into, times when he felt like he was in the right…it’s all there. This whole time, I’ve asked him explicitly 'are we okay?' and he says we’re fine, but…there’s a list!"

Needless to say, the discovery has left her in a tricky spot – because if she confronts him, then he'll know she was looking through his personal things.

Turning to the advice columnist for guidance, the woman suggested addressing each issue on the list – but phrasing it in a way that he doesn't know she's rifled through his computer.

She added: "There are things on there that I’ve always been super insecure about and convinced myself he wasn’t bothered by. I’m honestly so thrown off by this. What should I do? Is this divorce territory?"

Trying her best to reassure her, the advice columnist said the list was probably just a "documentation" of his thoughts and a sign that they should aim for more open communication.

He’s kept a list of things he feels I bullied him into, times when he felt like he was in the right…it’s all there. This whole time, I’ve asked him explicitly 'are we okay?' and he says we’re fine, but…there’s a list!

However, users in the comments weren't so sure.

One replied: "I was also married to a very smart, very calm man. He also said things were okay when I asked.

"Turns out, things were very much not okay, and after several years of keeping things bottled up it all came out. He mentioned stuff I hadn't even realized at the time (years before!) was an issue, or that he was bothered by, and then he divorced me."

Another added: "Your spouse keeping an actual list of grievances against you is a giant red flag — there's no reason to keep a list like that unless you're planning to use it against the other person.

"As disorienting as I'm sure it was to have found it, I'm glad you did so that you have a heads up."

For more relationship stories, this woman was blocked by a guy WHILE she was at his home – he’d been cheating on wife & disappeared when she went into labour.

And this woman thought she'd successfully sneaked a guy into her room on New Years Eve – then her mum sent the most MORTIFYING text.

Plus this woman ordered all her wedding guests photo albums to remember the day – but she's fuming over what the company put inside.