PARENTS are being urged not to let their babies sleep in car seats at home because of the risk of suffocation.

Tots shouldn't be left longer than two hours in the seats, experts say. 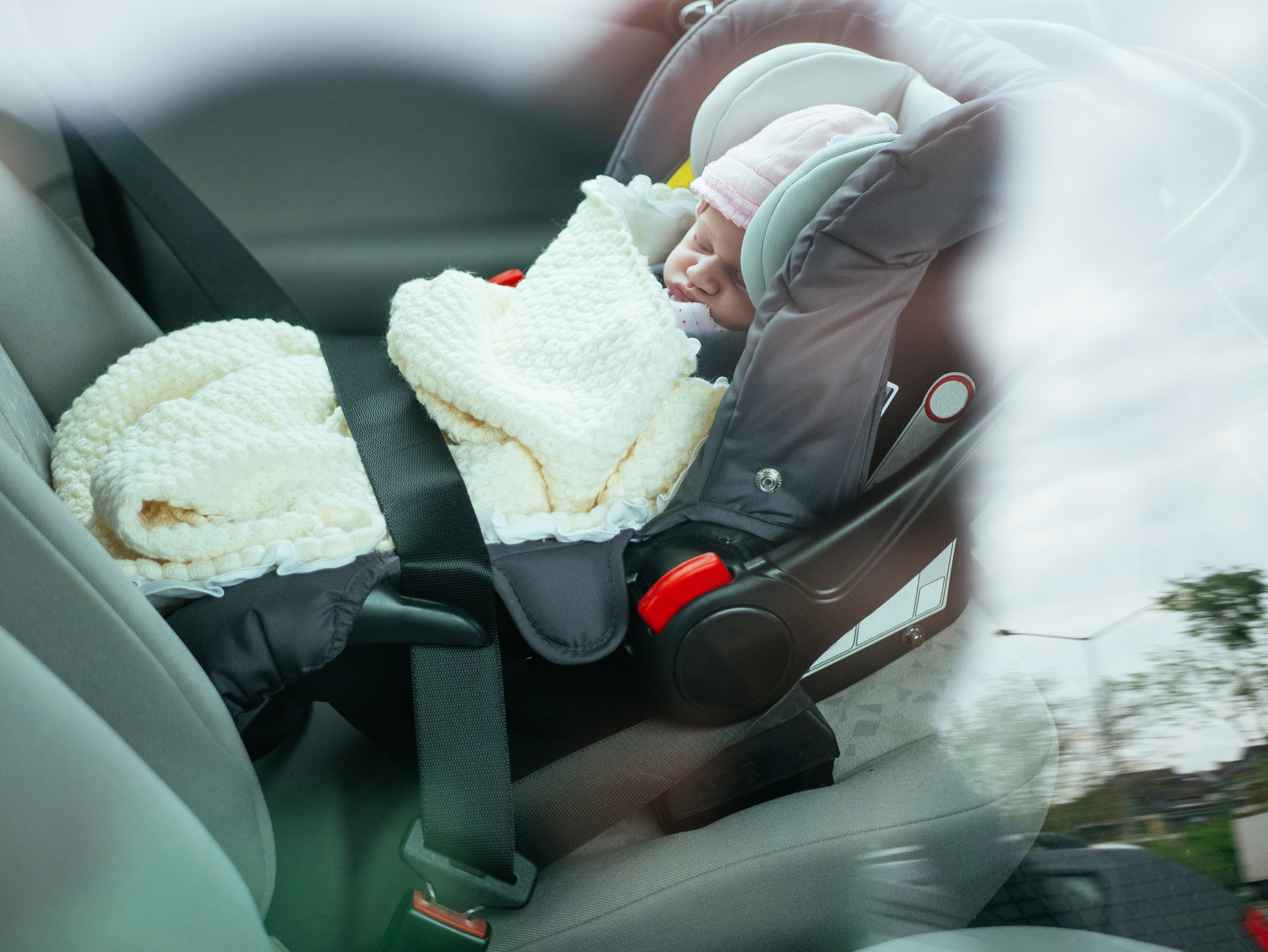 The terrifying warning comes after researchers reviewed 12,000 sleep-related infant deaths from over the past ten years.

Nearly 220 tots died in car seats – but only 0.2 per cent of them died while travelling in cars.

More than half of car seat deaths occurred when the seat was being used at home.

The most common cause of death was positional asphyxia – or suffocation caused by body position.

Babies don't have strong neck muscles and when car seats are placed on a flat surface, their heads can slough forwards.

That can result in them having their (still soft) airways cut off, and they don't have the muscles to move or lift their neck into a better position.

If you leave them like that for too long, that lack of oxygen can result in brain damage or death.

Put babies on their backs, on a flat, firm surface

"Car seats are important when you're travelling with an infant," said Dr Rachel Moon, lead researcher.

But she added: "It's best not to have the infant sleep in the car seat when you're at home. The safest place for a baby to sleep is on a firm, flat surface."

Car seats accounted for 219 deaths, while bouncers and similar devices made up 122 deaths.

The report, published in the journal Pediatrics, recognised that not all parents can afford a cot and that some may be using car seats to hold their babies while they get on with other tasks.

But it said that regardless, car seats can't be used as regular sleeping devices.

The best thing to do is to place babies on their back in a Moses basket or cot.

However, it's not just putting babies in car seats at home that parents should be wary of.

The Lullaby Trust previously funded a study looking into the safety of car seats, testing breathing ability of infants travelling in car seats in moving vehicles.

They found that babies "showed signs of potentially adverse cardiorespiratory effects when seated in an upright position at 40°".

Based on that fact, they advise parents to avoid travelling in cars with very young babies over long distances.

That's something mum-of-two Kirsti Clark knows only too well. 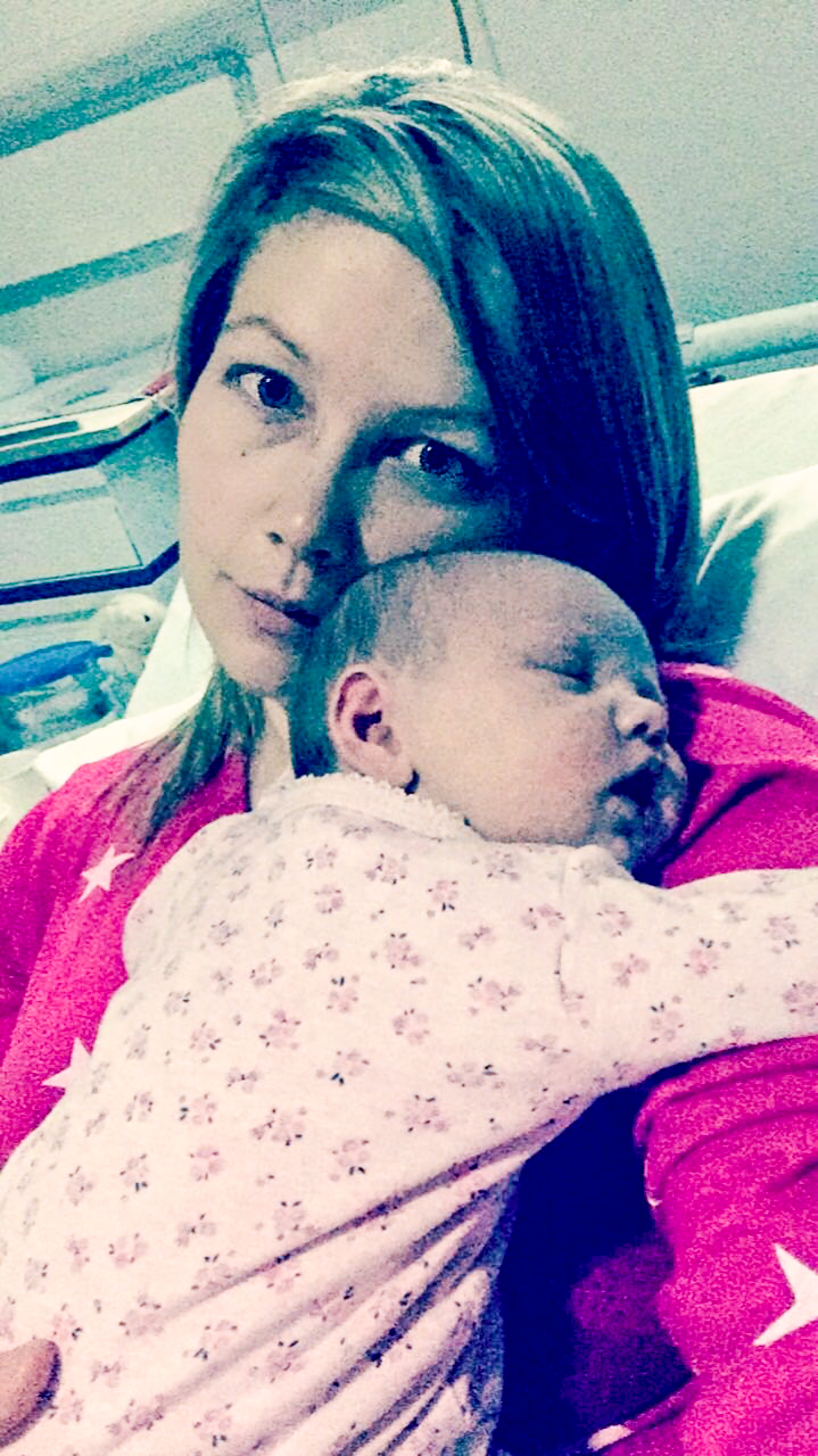 Her three-week-old daughter, Harper, almost died after she stopped breathing following a two-hour journey in a car seat.

The two-hour journey didn't worry the parents until they got home and lay Harper on her play mat.

Her lips soon turned blue, her jaw clenched shut – and white foam started frothing out of her nose and mouth.

Doctors were able to resuscitate Harper, who had suffered a seizure, and warned the parents that anything longer than an hour in a car seat can caused babies' oxygen levels to plummet.

Kirsti said: “When the consultant told us it was the car seat I couldn’t believe it. I thought ‘there’s no way’. I couldn’t understand why nobody had ever told us. 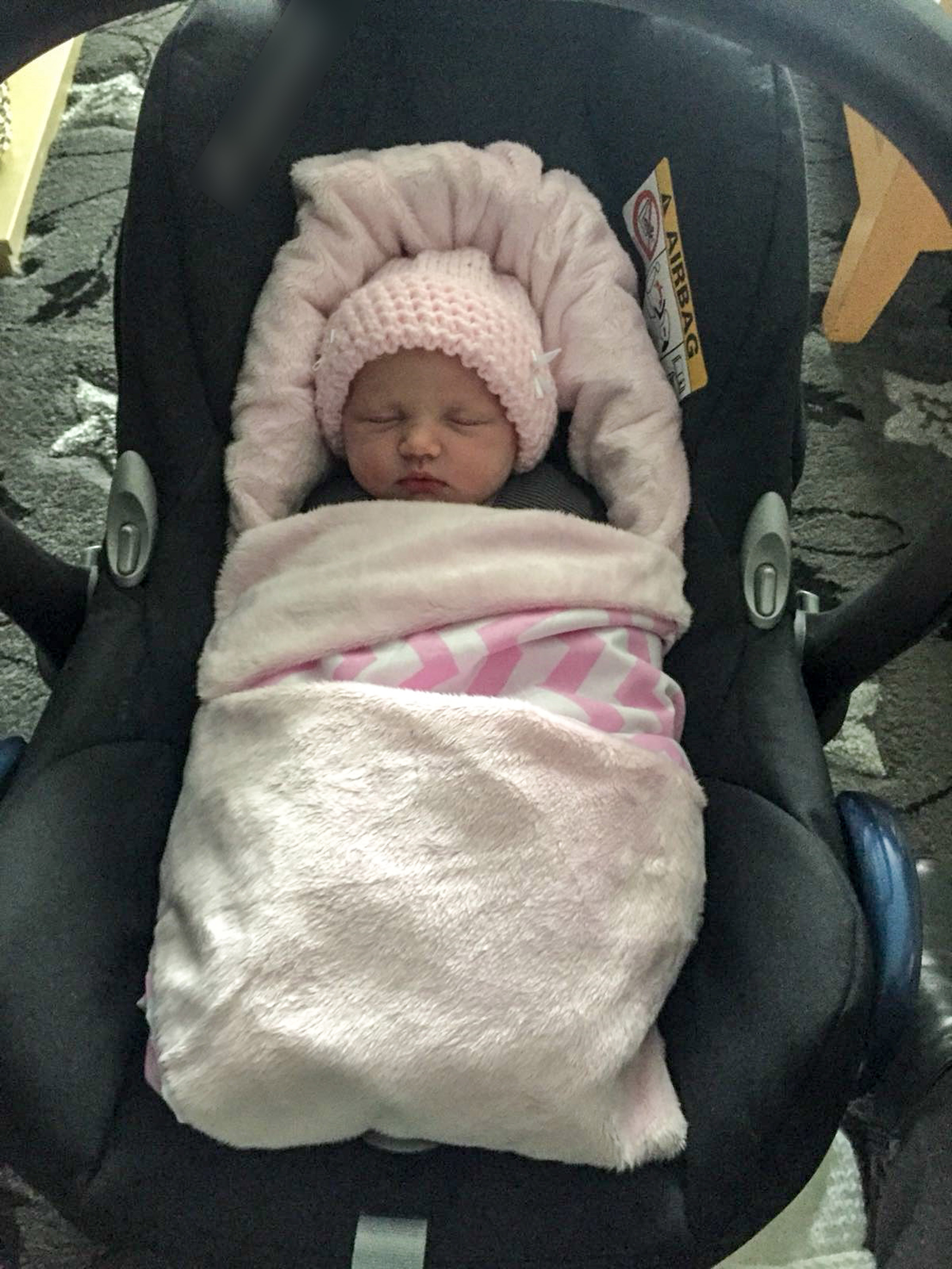 “We had obviously heard about not keeping babies in car seats overnight because it causes curvature of the spine but not about anything like this.

“When my wee girl was a baby we did four-hour drives down to visit family in Cornwall and we had never had any problems at all.

“The doctors did tell us in hospital that it is usually a concern with premature babies but Harper is a big girl. She was 8lb 5oz when she was born and she’s 8lb 9oz now.

“We knew we had to share what happened to Harper because parents need to know. Just two hours in a car seat and we could have lost her, it’s terrifying."

The Lullaby Trust advises:"On longer journeys give your baby regular breaks and if possible have an adult sit with the baby in the back of the car, or use a mirror so you are able to keep an eye on them.

"If a baby changes its position and slumps forward, then parents should immediately stop and take the baby out of the car seat.

"We advise that babies should be taken out of the car seat when not travelling and they should not sleep in a car seat for long periods of time."