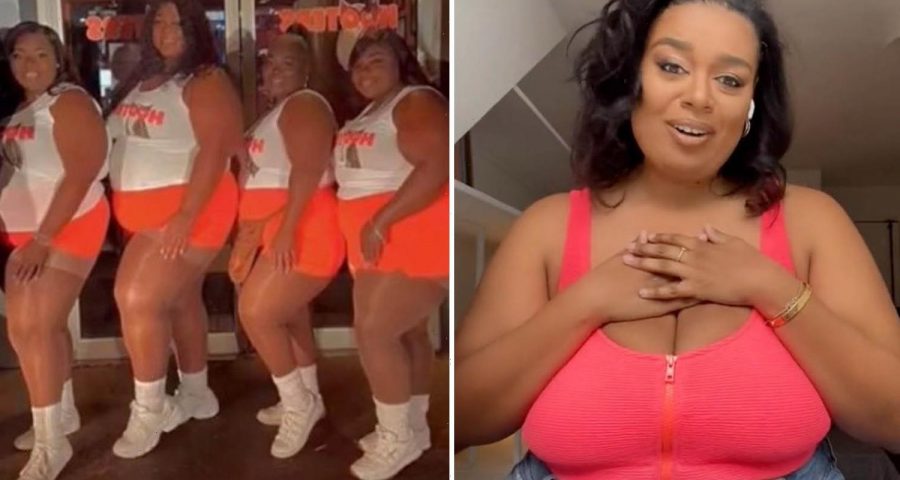 THIS week, the Internet gushed over the first "plus-size" group of women who had been hired as waitresses for Hooters.

Hooters is a popular restaurant for men as young women in tiny tank tops and booty shorts serve them chicken wings and beers all night. 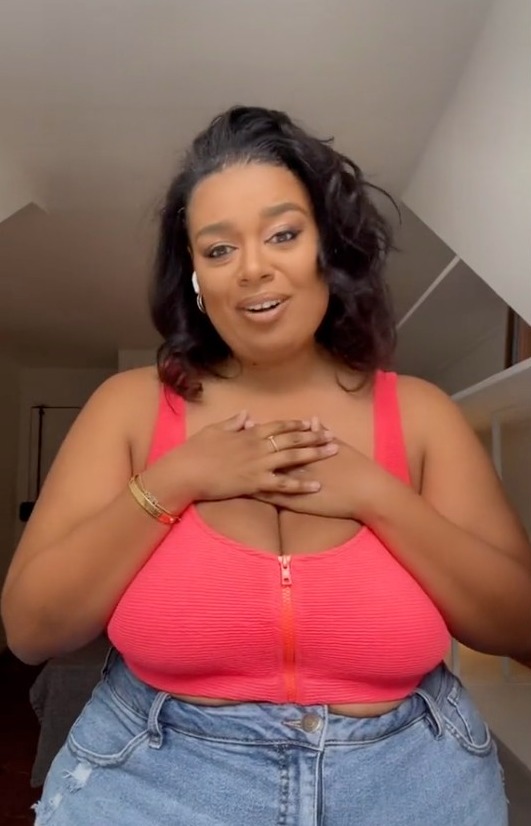 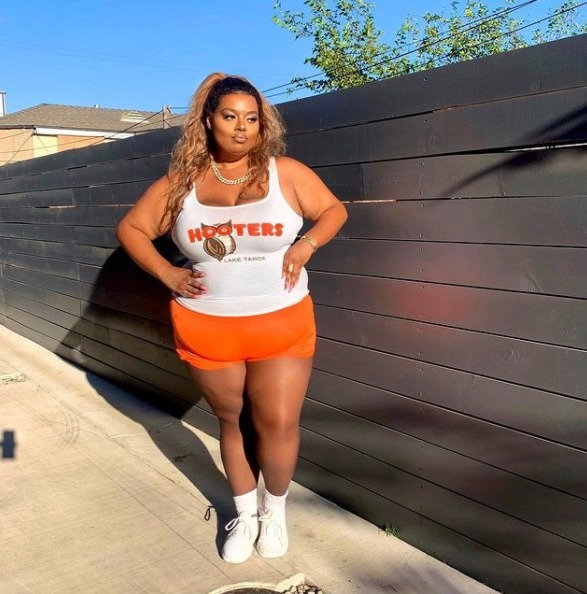 Unfortunately, the plus-size crew might not actually exist yet.

Taking to TikTok, Instagram model Stella Williams responded to a video where a group of plus-sized women posed in front of the restaurant in Hooters outfits.

They were dubbed as the world's first plus-sized Hooters restaurant.

She said: "Oh my god, can we please talk about this?

"About a year ago, I posted a photo [of me dressed in a Hooters outfit]."

She proceeded to explain that during a Fourth of July BBQ, she told her sister: "Why is 2020 and there's still no fat, plus-sized Hooters girls? I'm going to be the first plus-size Hooters girl."

Following their conversation, she proceeded to buy the whole waitress outfit off Amazon while purchasing the top at the official website.

After she had gotten all of the elements to her outfit, she dressed up, snapped a pic, and posted it on Instagram for her 116K followers to see.

As a caption, she wrote: "Meet the world's first plus-size #Hooters girl.

Her post got over 8K likes and many comments of people asking where she was located and if she was for real.

"I did not mean to troll anyone, I was cosplaying, I was fantasizing," she claimed in her TikTok video about the reaction to her photo.

"I was craving representation at Hooters and give this b**ch a shot instead of making your shorts even skimpier, that's all I was doing.

"And now, I don't know if it was Halloween or not, but these girls did the damn thing and now there's plus-sized Hooters girl but I'm not one of them."

Never say never, but most commercials and photos of those working at Hooters feature slimmer and bustier women instead of "plus-sized" ones.

Back in October, Hooters came under fire as they tried to make their waitresses' shorts even shorter.

Those who work at the restaurant chain already wear booty shorts to work.

Their new shorts were meant to show half off the waitresses' buttocks but after backlash, they were forced to retract.

A statement from the company said: “As we continue to listen and update the image of the Hooters Girls, we are clarifying that they have the option to choose from traditional uniforms or the new ones.

“They can determine which style of shorts best fits their body style and personal image.

“We’re excited to see a national trend toward self-expression and inclusivity that bodes well for our marketplace.”

It continued that the company continuously worked with “our Hooters Girls to refresh and update the image of our brand ambassadors and to empower them to feel their best while at work.” 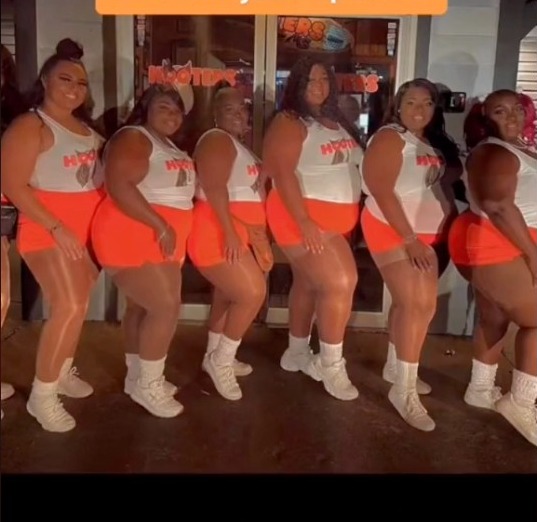 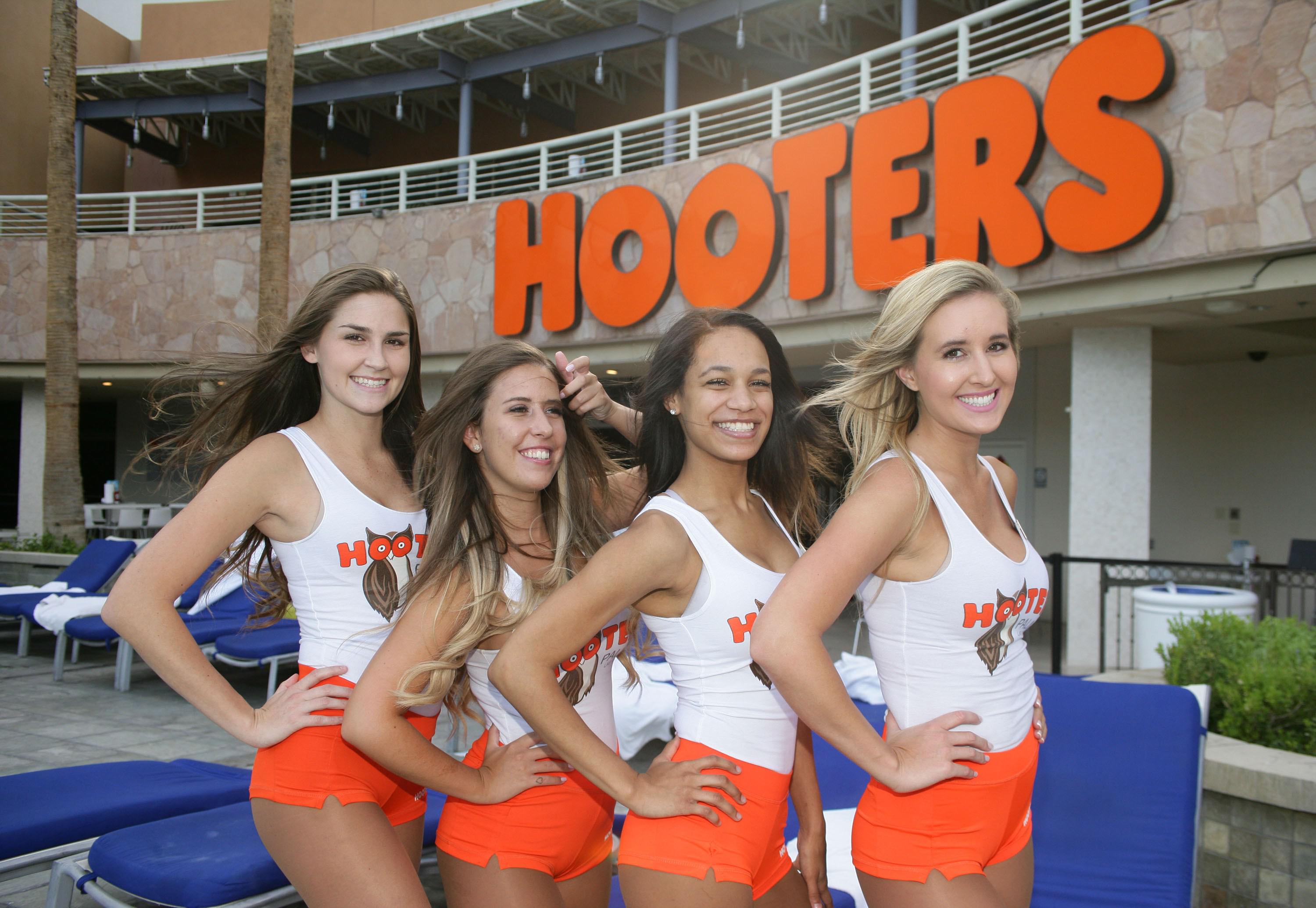