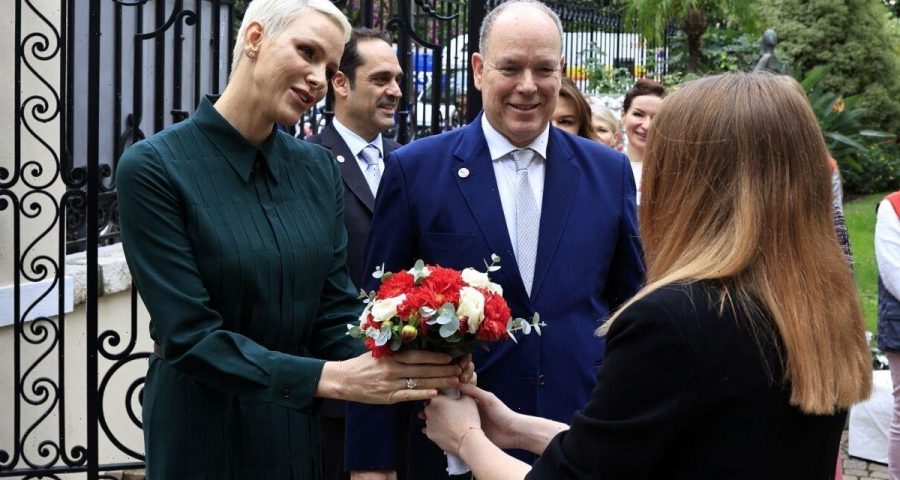 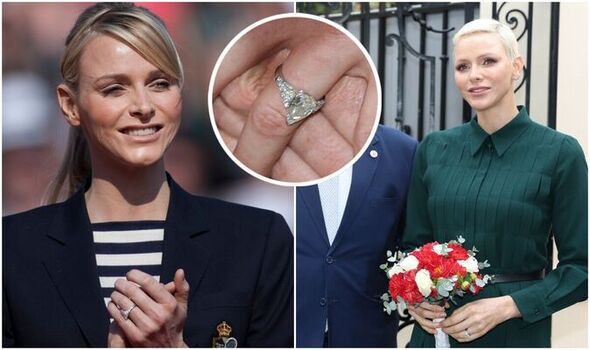 Princess Charlene of Monaco, 44, wore her engagement ring on Wednesday, which although is a staple for most royal women that are married, such as Kate Middleton, Charlene does not always wear her jewel. However, she wore her glamorous pearl ring to accompany her husband, Prince Albert II, for a royal outing on Wednesday.

Claire Beatson, the general manager of lab-grown engagement ring brand Nightingale spoke to Express.co.uk about the intricate details of Charlene’s iconic ring and exactly how much it would cost in 2022.

She suggested: “Princess Charlene of Monaco’s ring would now cost an estimated £50,000.

“Engaged in 2010 and married in 2011 at the opulent Palace of Monaco, Princess Charlene’s unique and bold ring was reportedly handcrafted by Parisian jeweller Repossi.”

She added: “When you do get the chance to see it, you’ll see the three-carat, pear-cut centre stone flanked by two beautiful side diamonds to form a trilogy design.”

It is not often fans will see the Princess of Monaco sporting the huge jewel on her finger, but she does slip it on for some occasions, including on Wednesday to attend a charity event at the Red Cross headquarters in Monaco.

The piece was reportedly crafted by Parisian jeweller Repossi, a leading name in handcrafted jewels. Charlene’s ring is bespoke, making it a completely unique design.

The pear-shaped bling is certainly unique among royal circles.

The reason why the Princess of Monaco doesn’t often wear the ring is a mystery – but she is not short of glamorous, expensive pieces to wear.

One of the most notable pieces of jewellery the Princess owns is a specially designed necklace from Beirut-based jewellers, Tabbah.

Known as the Infinite Cascade necklace, designed to mimic the ripples of the water, the Princess wore the piece for her wedding celebrations.

The jeweller Tabbah said: “Their individual settings ensure a delicate sparkle and warm glow as they catch the light.”

The Princess also has a large array of expensive diamond earrings.

A pair of the Princess’s favourite earrings are from Van Cleef & Arpels, known as the ocean earrings.

A trail of diamonds drops down to a circle arrangement, finished off with a blue sapphire at the bottom.

The pieces were commissioned by her husband and are some of her most worn items.

Much of Princess Charlene’s jewellery is water-themed, as she competed for her native South Africa in the Olympics prior to royal life.

In July 2011, Charlene and Albert married, and the wedding celebrations were epic, taking place over three days.

The nuptials began with a concert on June 30 by classic rockers the Eagles. Then a civil ceremony took place on July 1 and then on July 2, Charlene and Albert were married in a Roman-Catholic ceremony in the presence of global celebrities and various heads of state.