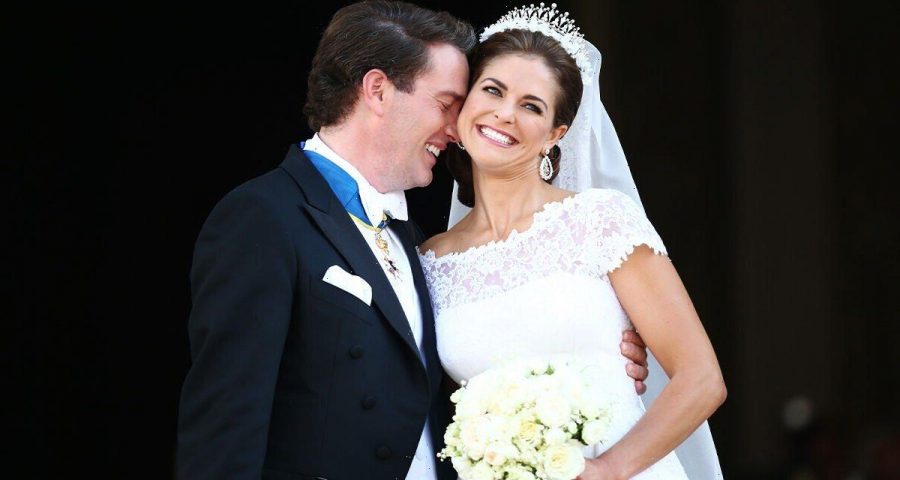 Princess Madeleine of Sweden first debuted an engagement ring in 2009 when she posed with her then-fiance Jonas Bergstrom. But the pair would never tie the knot, and Madeleine later accepted a proposal from her now-husband, Christopher O’Neill.

While Princess Madeleine’s engagement ring from Christopher is comprised of a traditional diamond, the stone was uniquely cut.

“Madeleine’s ring features a large four-carat Asscher-cut diamond at the centre and is set in only four prongs, which makes the stone more visible.

“The band is reportedly made of platinum, and the entire setting is adorned with pavé-set diamonds.”

With its stunning Asscher-cut diamond, Madeleine’s ring is an example of traditional craftsmanship.

Jordan explained: “The ring is a truly stunning example of classic elegance and perfectly suits the regal Princess Madeleine.

“The total value is somewhere over £140,000 given the choice of mined diamonds.

“The Asscher-cut diamond ring is a timeless piece of jewellery with a rich history.

“Originally developed in 1902 by the Asscher Brothers of Amsterdam, the Asscher cut was designed to mimic the emerald cut.

“However, it quickly became popular in its own right, thanks to its unique silhouette and shining facets.

“Today, Asscher-cut diamond rings are prized for their vintage-inspired beauty.”

Asscher-cut diamond engagement rings aren’t prevalent in the British Royal Family, with many royals opting for sapphires in recent decades.

But Kate, Princess of Wales’ sister Pippa Middleton received a similar ring to Madeleine from her husband James Matthews.

Princess Madeleine had been engaged once before she met her husband Christopher O’Neill, and she debuted a different sparkler to the world.

In 2009, it was announced Madeleine was engaged to Jonas Bergstrom.

After their engagement ended, Madeleine spent some time working in New York City.

She announced her engagement to financier Christopher in 2012 and the pair wed in 2013.