Queen Letizia, 47, has been touring Spain with her husband, King Felipe, 52, in recent weeks to support the country following the initial coronavirus outbreak. The stylish royal has been one to watch for fashion inspiration in the hotter months. But while she’s often worn old favourites as she visited local communities, Queen Letizia finished the tour in one of her most wearable looks yet with a new bargain dress.

Though there have been a few surprises along the way, Queen Letizia has shown her love of floaty midi dresses and a specific type of shoe during her royal tour.

The royal opts for classy comfort as she meets and greets Spanish locals, choosing wearable high street pieces with her staple jewellery choices.

She’s also shown support for plenty of home-grown brands during her royal visits alongside her husband, wearing dresses and accessories from Spanish labels.

Queen Letizia has been spotted in brands including Pedro del Hierro, Carolina Herrara and Zara, as well as regularly showing off her statement ring by Spanish designer Karen Hallam. 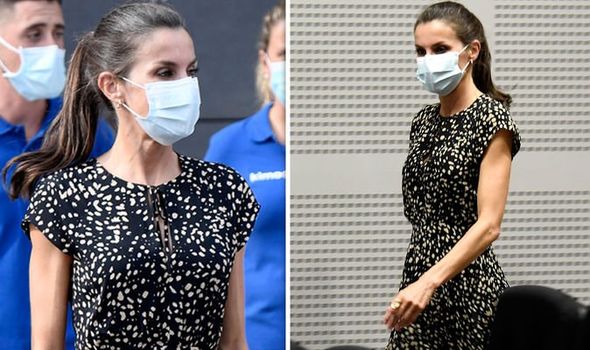 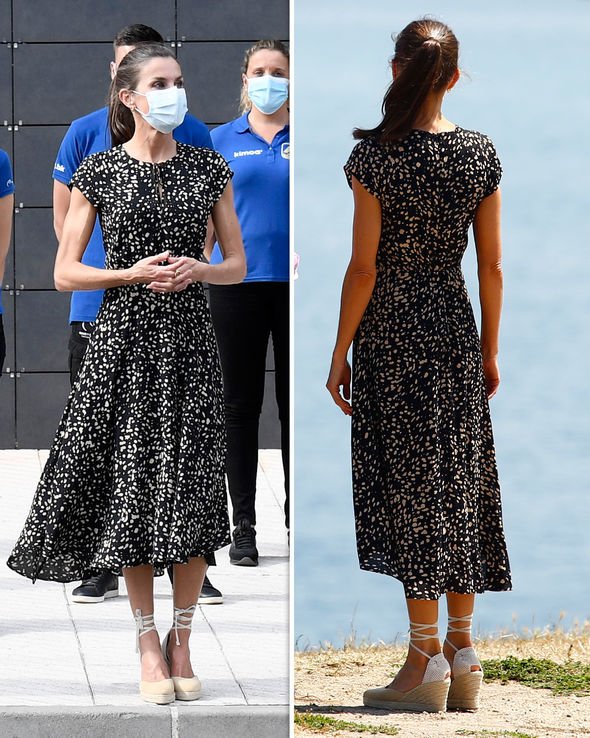 Many of the royal’s outfits have been recycled from previous events – but her latest dress looks like a brand new number.

Queen Letizia wore a simple yet pretty midi dress as she visited somewhere special for the final stop of her tour.

The mother-of-two returned to the Principality of Asturias, where she was born, for Thursday’s visit with her husband.

The navy dress looked like a polka dot print from afar, but actually features a beige confetti-like animal spot print.

It features short sleeves, a teardrop neckline and a floaty dipped hemline.

The dress is another nod to the royal’s home country, as it’s by Spanish brand Massimo Dutti.

The outfit doesn’t seem to be available online, but similar styles sell for just £50 on the label’s website, potentially making it one of her most affordable looks yet.

The flattering design was paired with the royal’s signature espadrilles – which have proven so popular they have already sold out online. 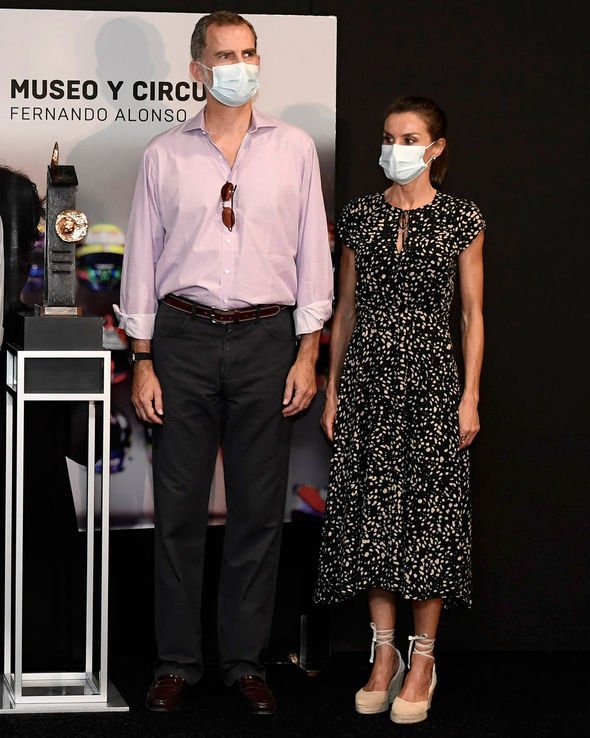 The suede espadrille wedges are by fellow Spanish brand Mint & Rose and cost around £108.

The Queen of Spain looked relaxed as she posed alongside her husband in the flattering outfit.

As has been her go-to style over recent weeks, the royal had her long dark hair swept back into a casual ponytail, and neutral eye makeup for a natural look.

The couple continued to set a good example by wearing masks as they visited the area, which is also linked to their eldest daughter Leonor, as she is the titular princess. 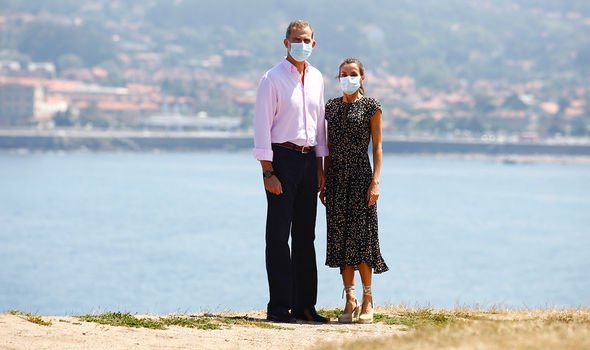 The pair have been touring the country since the beginning of June.

Queen Letizia has been impressing fans with her low-key looks and affordable high street wardrobe choices for the tour.

The royal has been opting for midi dresses and jumpsuits in the summer heat, as well as more formal trousers and knit tops from her favourite brands.

Royal fans have been rushing to copy her looks, with many of the clothes selling out fast – while others try to find lookalikes for her recycled outfits.