Brigitte Bardot is practically synonymous with the blonde bombshell archetype. The body-conscious and unbuttoned styles she wore in films like …And God Created Woman and Contempt helped make the French actress and singer one of the best known sex symbols of the 1950s and 1960s. And her Roger Vivier footwear also emphasized this coquettish attitude.

For her “Harley Davidson” music video, Bardot paired black Roger Vivier Cuissarde boots—the style name means “thigh-high” in French—with a barely-there leather minidress as she straddled a motorcycle. The saucy song was written for Bardot by Serge Gainsbourg, who soon became her lover. The boots’ origins, which date back to 1961, however, are a bit less scintillating. 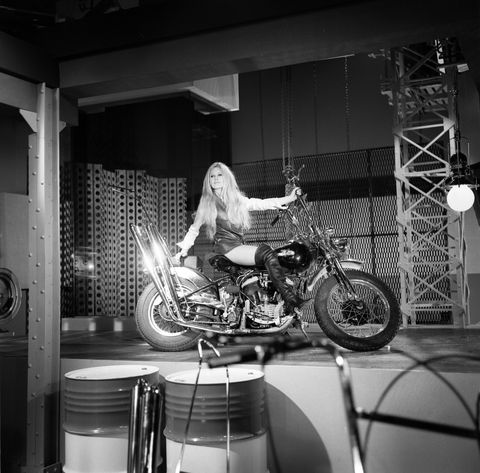 “When Monsieur Vivier made Cuissarde boots, including the famous pair for Brigitte Bardot in 1967, he took inspiration from the Richelieu boots of the 17th century,” says Gherardo Felloni, Roger Vivier’s artistic director. 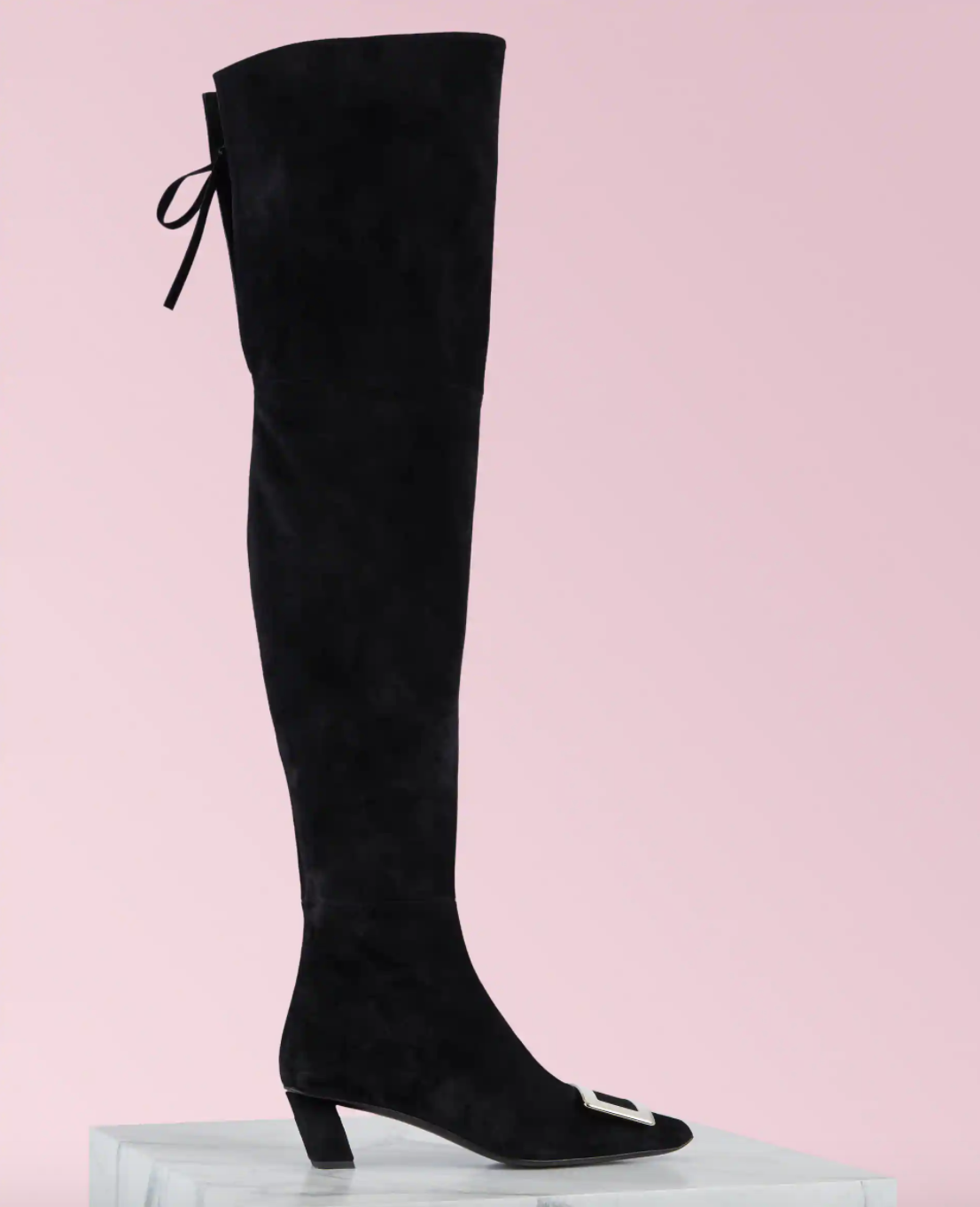 Felloni is referring to Armand Jean du Plessis, also known as Cardinal Richelieu, a clergyman who was the villain in The Three Musketeers. In many of his depictions, Richelieu wears thigh-high boots underneath long red robes. Bardot, based on her reputation, turned a shoe associated with piety into one linked with, well, sex.

Aiming to reintroduce the style to a whole new generation, Felloni is debuting the Belle Vivier Cuissarde collection, which consists of an all-leather version similar to the pair in the “Harley Davidson” video and another in suede, along with options in feathers, fringe, and crystal appliqués.

“I like rich design, embellishments, and embroideries,” Felloni says. “I love color, I am very eclectic, and I love mixing different styles in my designs. When I designed this collection, I really wanted to highlight the value of rarity, which goes back to the maison’s ties to haute couture.”