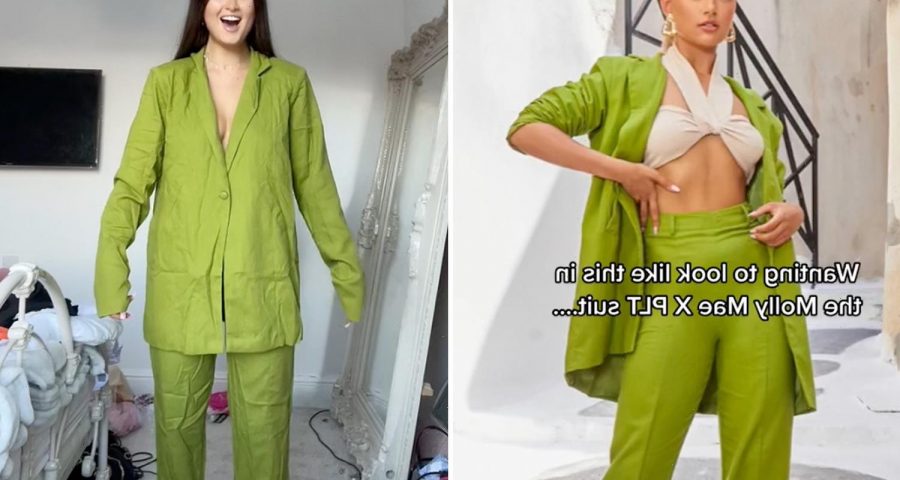 A WOMAN has been left in stitches after buying a green linen suit from Molly-Mae Hague's new Pretty Little Thing collection as the £68 outfit looked nothing like she expected.

Molly-Mae recently signed a huge seven figure fashion deal to become the creative director of the brand and people have been sharing their purchases online since the news. 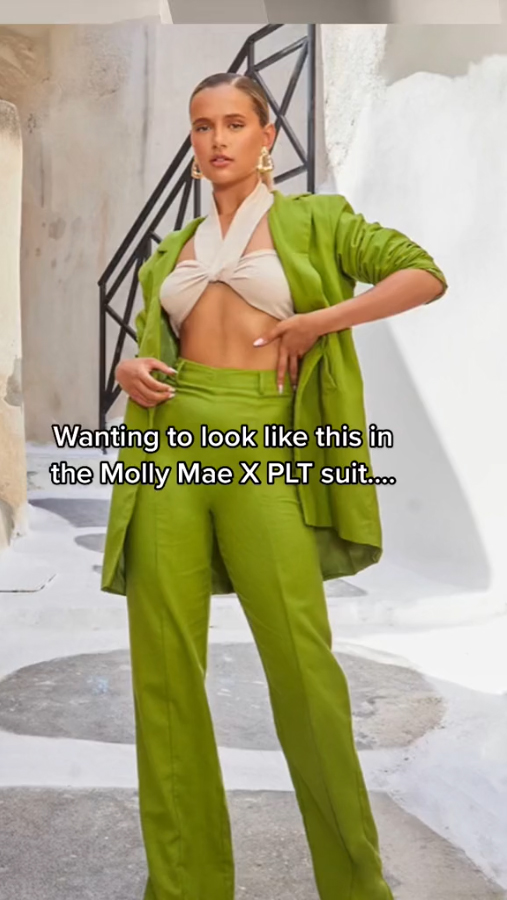 Talia Webb posted an amusing video to TikTok of her trying on two items from the collection under the username @taliawebb8, with the clip going viral on the platform.

In the video, she showed a photo of the former Love Island star modelling the brightly coloured ensemble on the PLT website, where you can buy the oversized blazer for £40 and the trousers for £28.

While Talia had hoped it would look similar on her when the order arrived, it wasn't quite what she had hoped for.

On Molly-Mae the outfit looks incredibly chic and stylish but it unfortunately drowns Talia's small frame – and it is in desperate need of an iron.

She captioned the video: "Surely not… do think an iron would help!"

At the time of writing the post had been viewed a whopping 1.2million times, with more than 92k likes and thousands of comments.

It has gone so viral that it has even garnered a response from Molly-Mae herself, who commented: "It just needs an iron babe."

She wasn't the only person to share her thoughts, as a variety of people shared their disappointment.

"No stop I've seen so many of these I'm starting to think her being creative director isn't so good after all," one person said.

"I think celebs/influencers get better versions of these clothes than us," said another.

Someone else added: "The Grinch cosplay babe."

It didn't end there though, as a variety of people said Talia needed to put more effort in, saying the outfit wouldn't look the same just out of the packaging.

"You can't just throw it on and expect it to look the same. Iron it, roll the sleeves up, put a bralette on, make an effort even and it'll look good," one woman wrote.

Someone else added: "Girl just iron it [it's] not that deep." 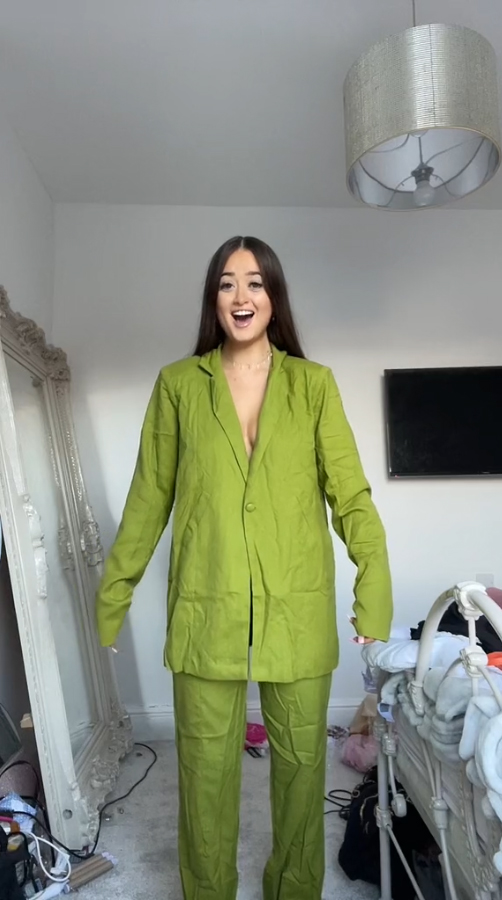 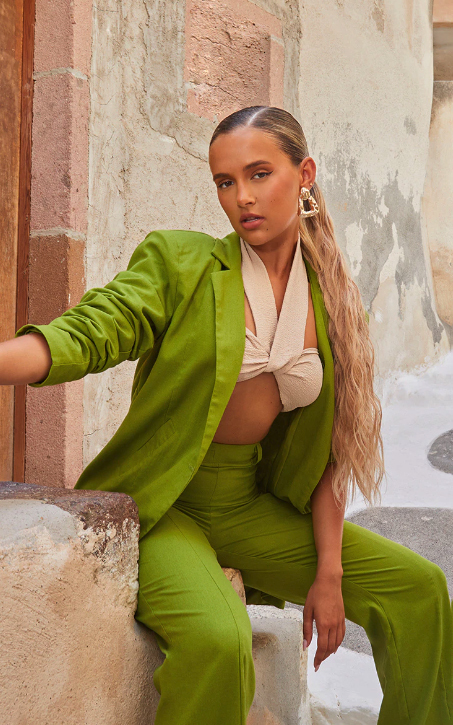 Elsewhere in fashion, Rita Ora and Dua Lipa prove sexy fishnet stockings are not just for the bedroom.

And I’m a proud catfish – but I’m accused of ‘blackfishing’ when I do my makeup.