A SOCIAL worker has warned mums not to give their kids iPads from Santa, as she shared the heartbreaking reason why.

She shared a lengthy post online, explaining she often has mums crying as they confided in her that they’re not able to afford expensive gadgets. 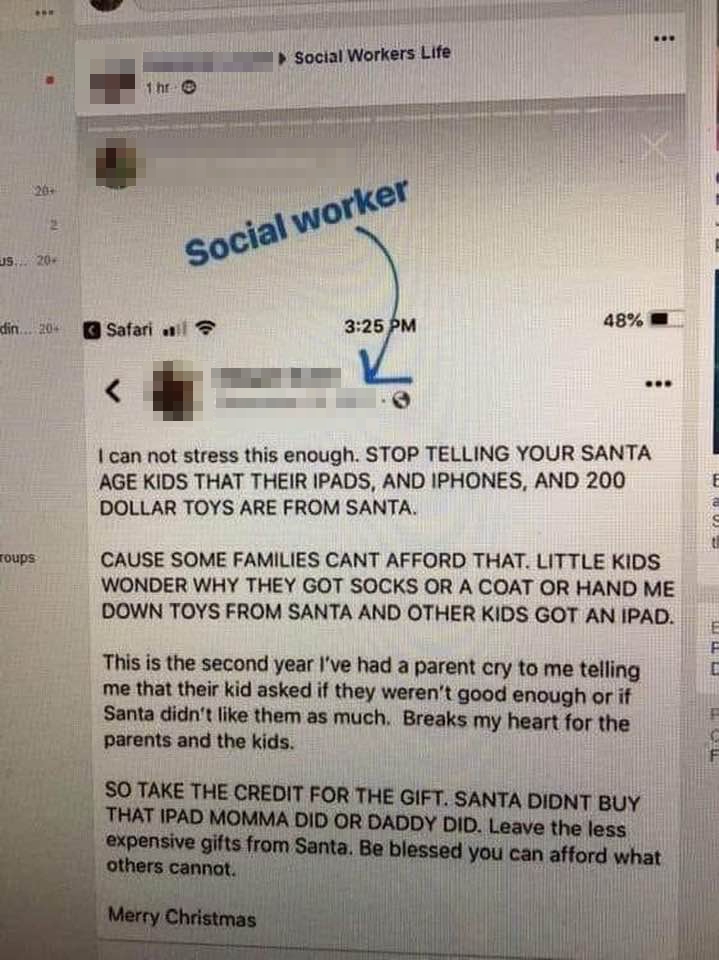 They give their kids what they can afford for Christmas, or what’s practical, such as a coat or socks.

But the professional claimed kids ended up thinking they weren’t good enough, or Santa didn’t like them, after seeing children with expensive gadgets from Father Christmas.

She urged parents to take credit for the pricey presents they buy, and instead say less expensive gifts are from Santa, to stop children feeling upset.

The social worker uploaded her post to Facebook, where it’s since gone viral after being shared more than 500,000 times. 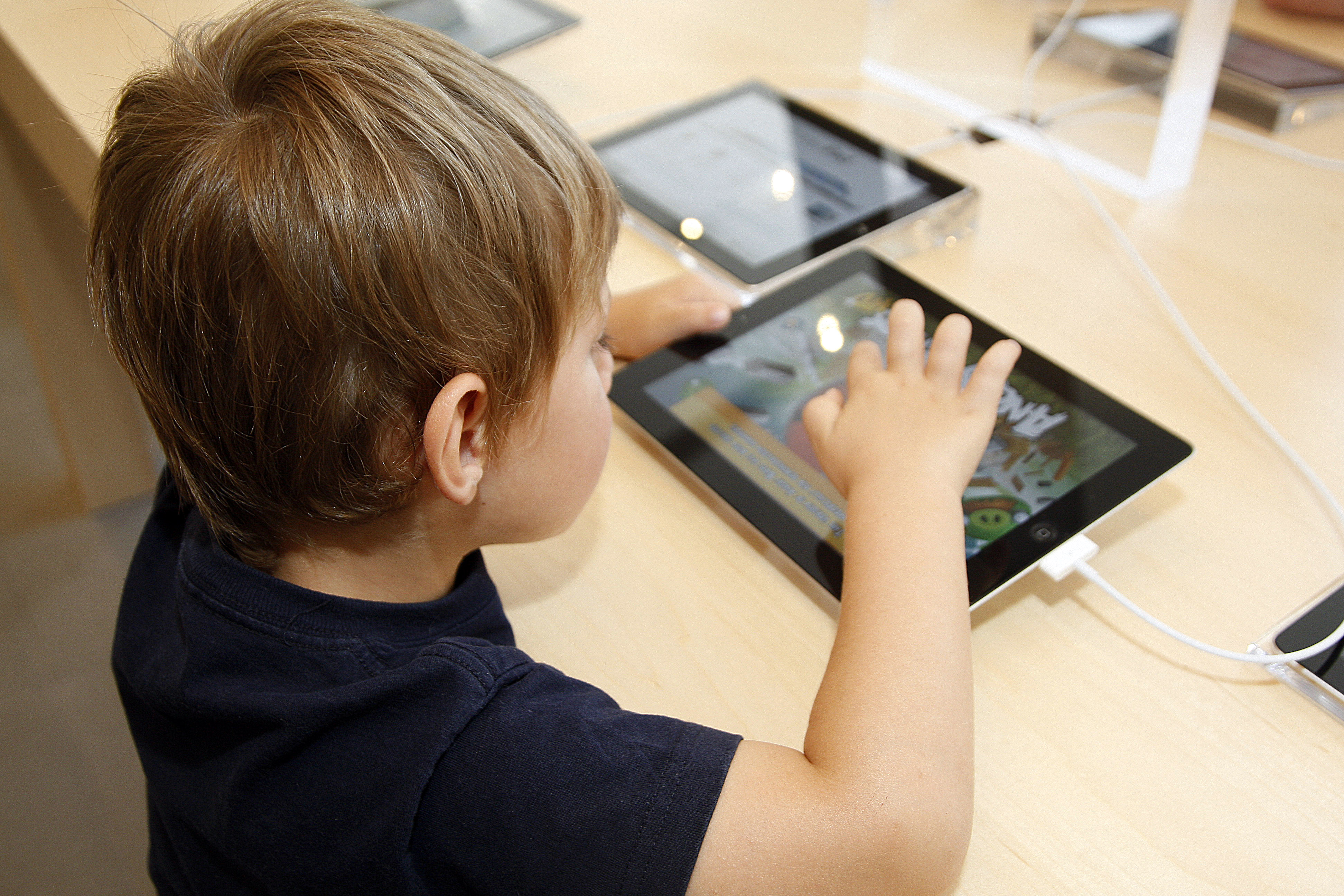 She wrote: “I can not stress this enough. Stop telling your Santa age kids that their iPads, and iPhones, and 200 dollar toys are from Santa.

“Cause some families can’t afford that. Little kids wonder why they got socks or a coat or hand me down toys from Santa and other kids got an iPad.

“This is the second year I’ve had a parent cry to me telling me that their kid asked why they weren’t good enough or if Santa didn’t like them as much.

“Breaks my heart for the parents and the kids.

“So take credit for the gift. Santa didn’t buy that expensive iPad Momma did or Daddy did.

“Be blessed you can afford what others cannot.”

Thousands of people liked the post, as they took her viewpoint on board – admitting they’d never seen it that way. 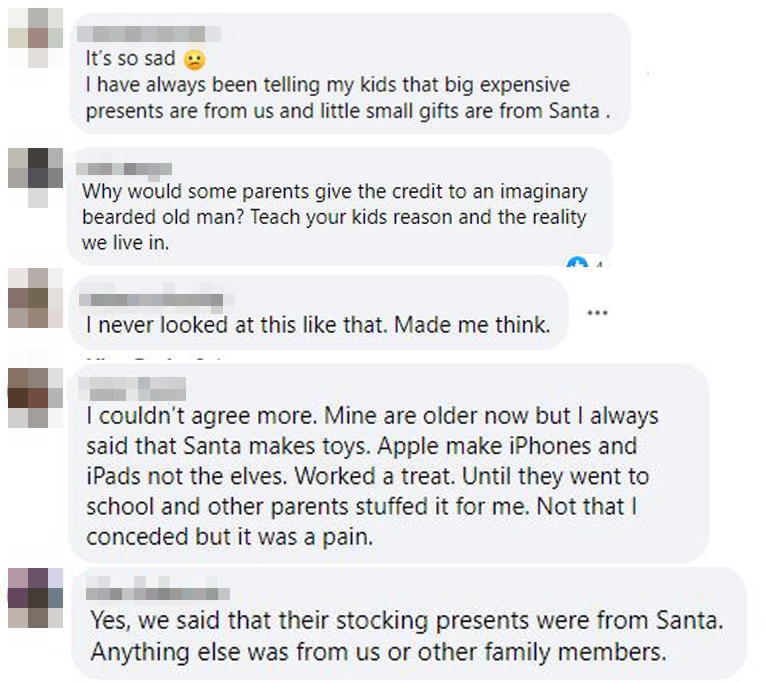 Sharing the post herself, one parent wrote: “Something for all mums whose children believe in Santa to think about.”

A third commented: “It’s so sad.

“I have always been telling my kids that big expensive presents are from us and little small gifts are from Santa.”

Someone else asked: “Why would some parents give the credit to an imaginary bearded old man? Teach your kids reason and the reality we live in.”

This person admitted: “I never looked at this like that. Made me think.”

This mum thought: “I couldn’t agree more. Mine are older now but I always said that Santa makes toys. Apple make iPhones and iPads not the elves.

While another added: “Worked a treat. Until they went to school and other parents stuffed it for me. Not that I conceded but it was a pain.”

And this alternative John Lewis Christmas ad is even better than the original claim teary viewers.

Plus this mum shares easy way she’s saved hundreds for Christmas WITHOUT cutting back on anything.