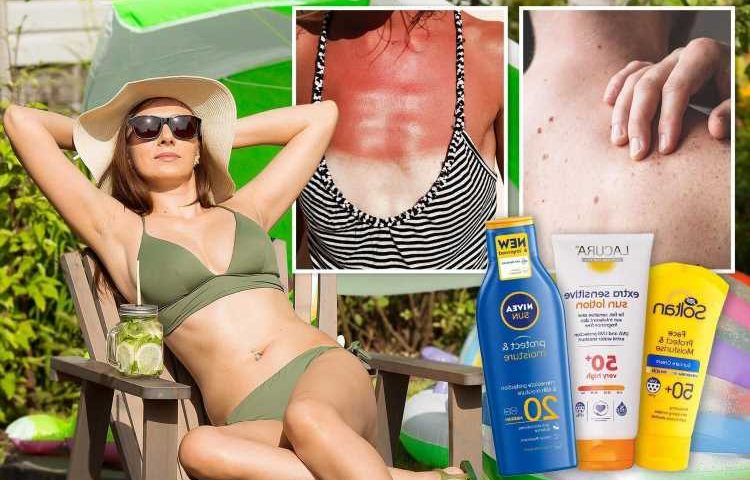 WHEN packing for your staycation, do not forget the sun cream – and make sure it is factor 50.

That is the message from doctors, who fear skin cancer cases will surge as many people fall into the trap of thinking the sun is not strong enough here to do harm. 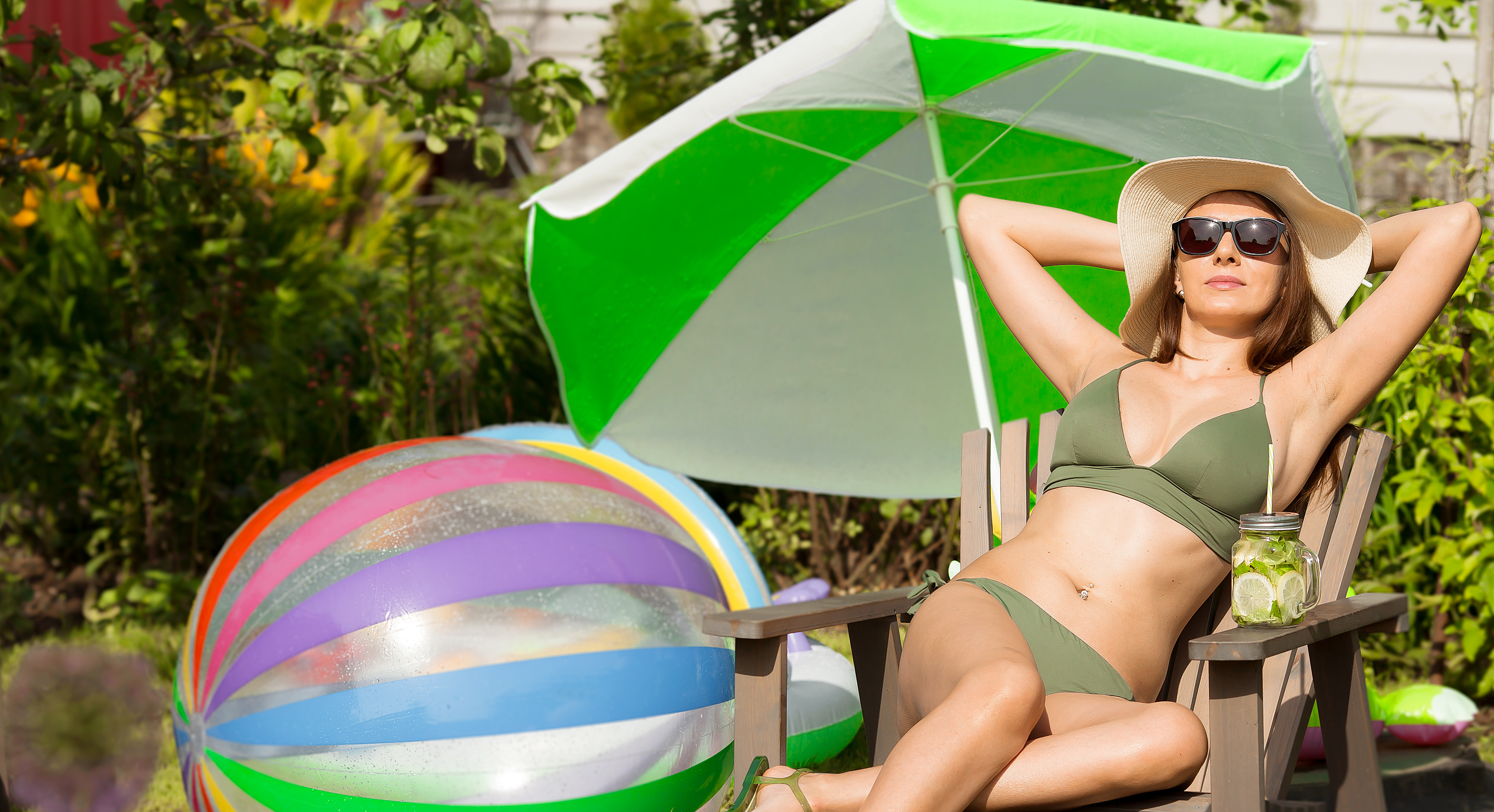 Worryingly, a study found 67 per cent of people fail to use enough sunscreen protection on home getaways.

Alison Lauder was diagnosed with incurable skin cancer in 2003 after noticing a mole was starting to itch and ooze.

Former solicitor Alison, 46, of Silsoe, Beds, recalls ­regularly getting sunburned as a child while on holiday in the UK. She also loved sunbathing in her garden, often ending up red.

She says: “My mum did put cream on me but it was the 1980s and we used a very low factor in those days.

“At uni, I’d sit outside my halls and sunbathe with friends. I used sun cream but it would have only been SPF 15, if that. It was probably more like eight or four. I often burned, on staycations and days out. I never worried about skin cancer back then, but I now wish that I had.”

She is not alone. Executive work coach Charlotte Fowles, 41, from Brighton, says skin cancer was the last thing on her mind during countless holidays in the UK over the years. But then a malignant melanoma spread to lymph nodes in her groin and armpits. 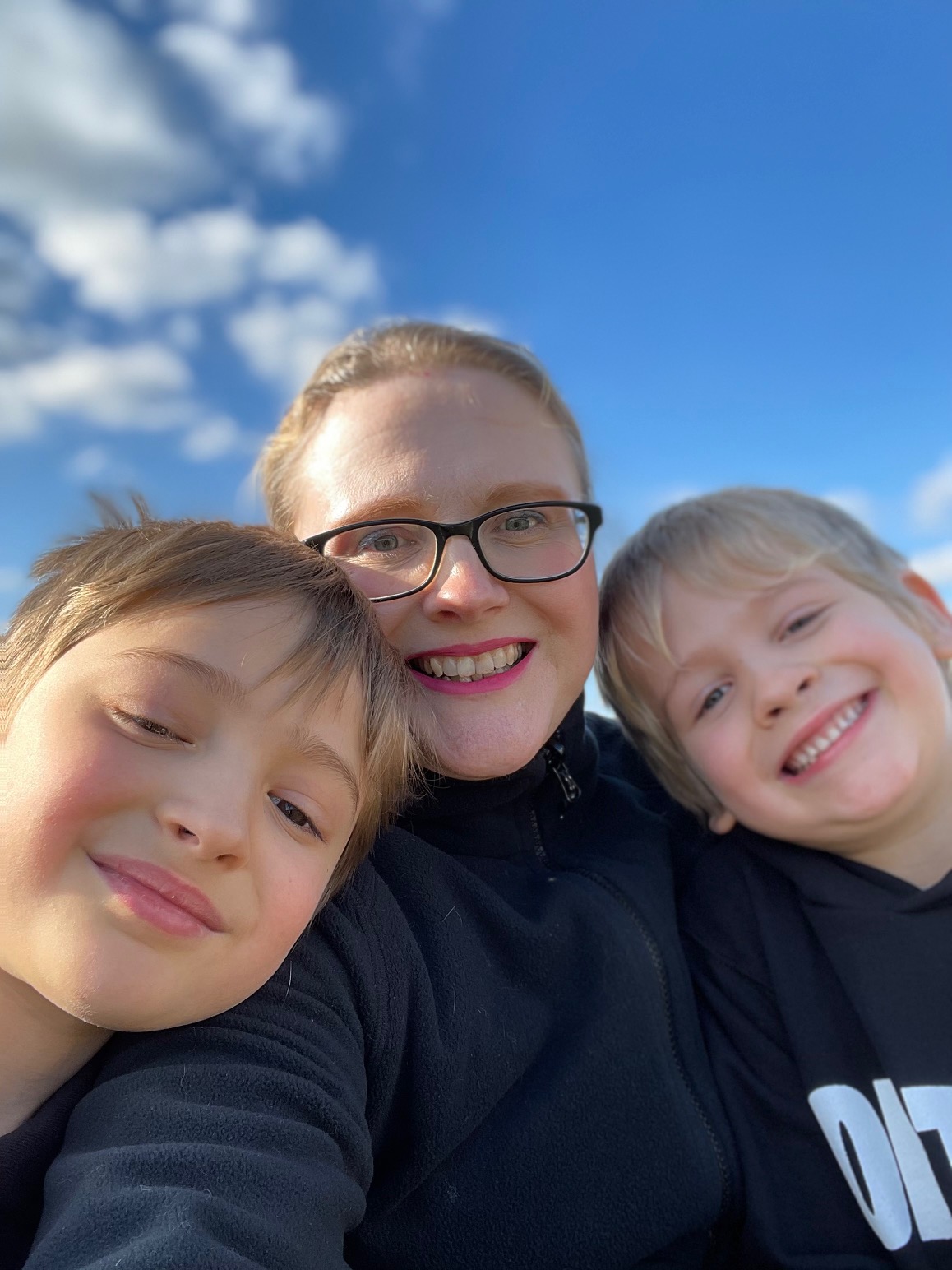 She says: “I was sometimes a bit lax with sunscreen — I’d put a lower factor on my face and then didn’t reapply as often as you should. I’d forget certain areas, too, and I’d never bother in the winter — even on sunny days.”

He warns that people flocking to the UK’s beaches and parks this summer need to treat it like any holiday abroad, and be sure to take ­precautions.

He says: “We are blessed with amazing beaches in the UK and they’re going to be busier this year because of the Covid restrictions.

“The trouble is, they can be windy or cold so people forget to apply sun cream. But the sun is still out and it can be just as strong.

“Many of my patients get sunburned in the UK, often because they didn’t anticipate it happening. 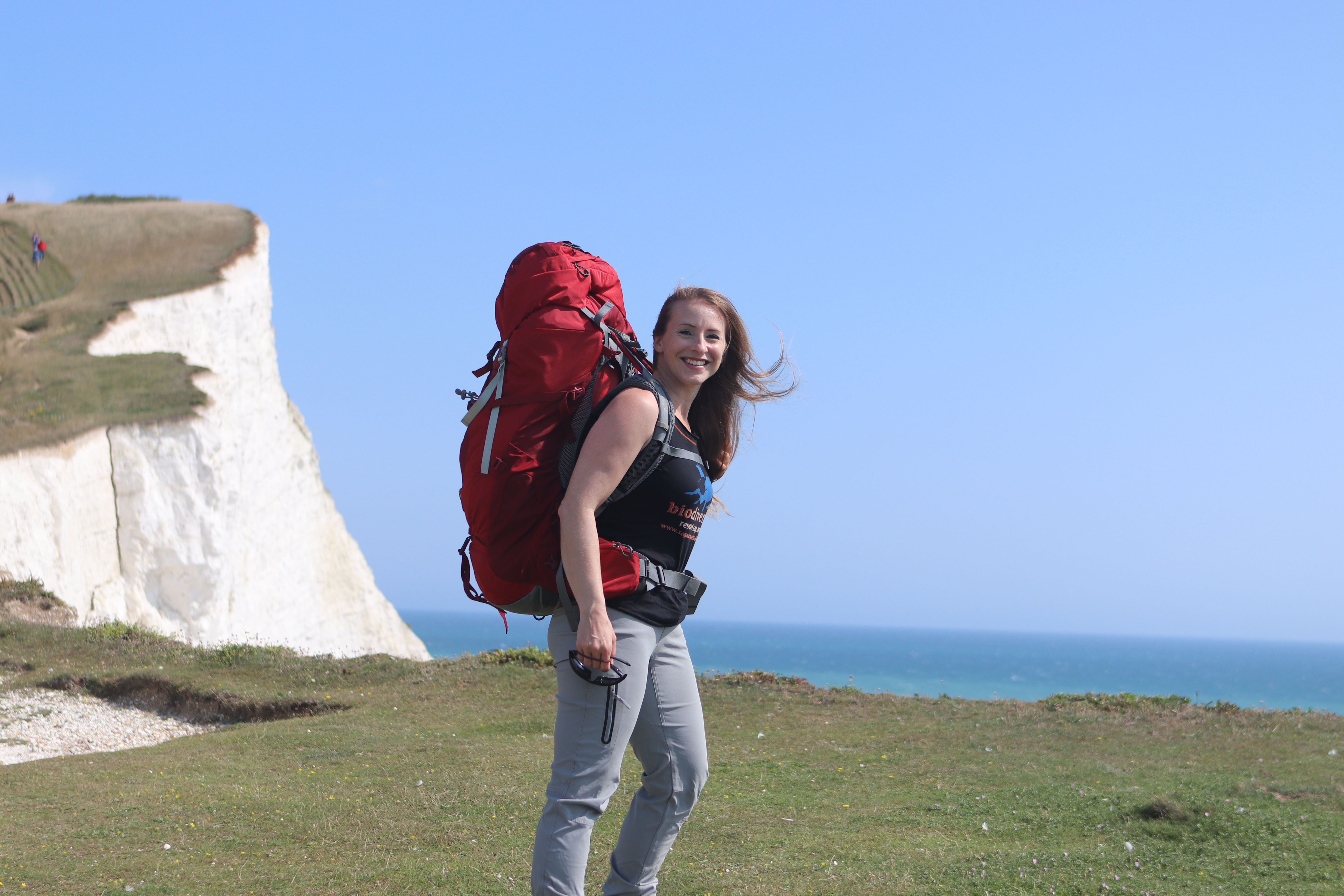 “But you go out on a warm day, the first in months, and before you know it your skin is red. Just that is enough to alter the DNA and increase your risk of skin cancer.”

She says: “It’s definitely a myth that the sun in the UK is unlikely to cause skin cancer. The majority of skin cancers arise from cumulative skin damage, whether that is from being out in the sun here or abroad.”

And it does not need to be the hottest day of the year for you to get sunburn, she warns.

She says: “Even brief exposure, such as walking outside in the heat of the day, can cause damage to the DNA of your skin’s cells and that’s what can lead to skin cancer.

“I’ve seen plenty of patients who have been caught out and developed sunburn on overcast days.” 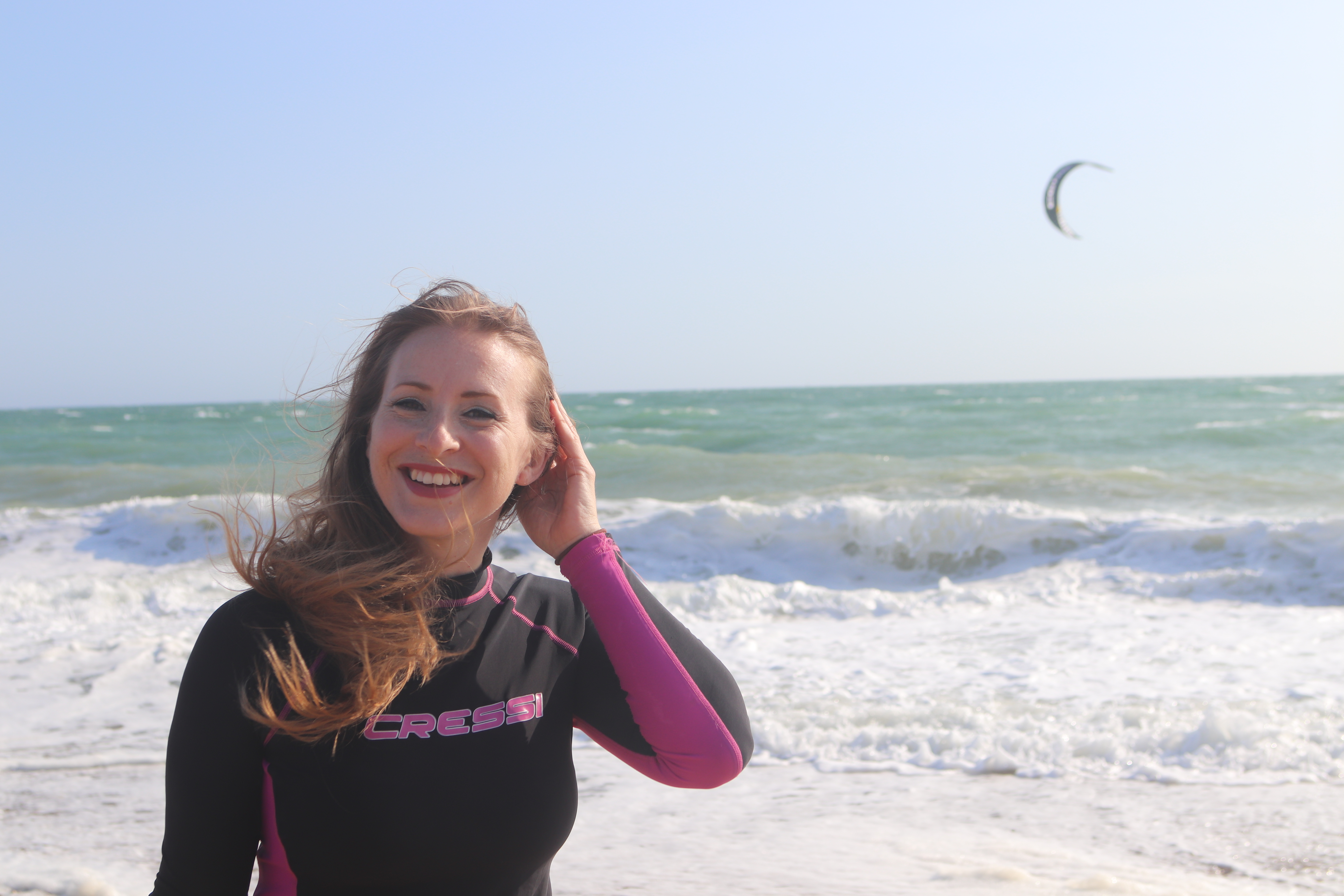 It is the UK’s fifth most common cancer and rates have risen faster than any other.

Early diagnosis is key because when it is caught early, at stage one, almost everyone will live for five years or more. Diagnosis at stage four reduces that to 30 per cent. The first visible sign of the ­disease is typically a new mole or a change to an existing mole.

If you want to look bronzed, wear fake tan. It’s cheap and won’t cost you your life.

For Alison, it was a mole that changed colour and started to itch. After seeing a specialist, she had it removed and a biopsy revealed it was a melanoma.

Since then, the single mum has had six melanomas on her shoulder and one on her back, and has had a total of 23 moles removed.

She says: “People think they are going to look great getting a tan, but they really need to think about the ­disfiguring effect of all the surgery if they get skin cancer. 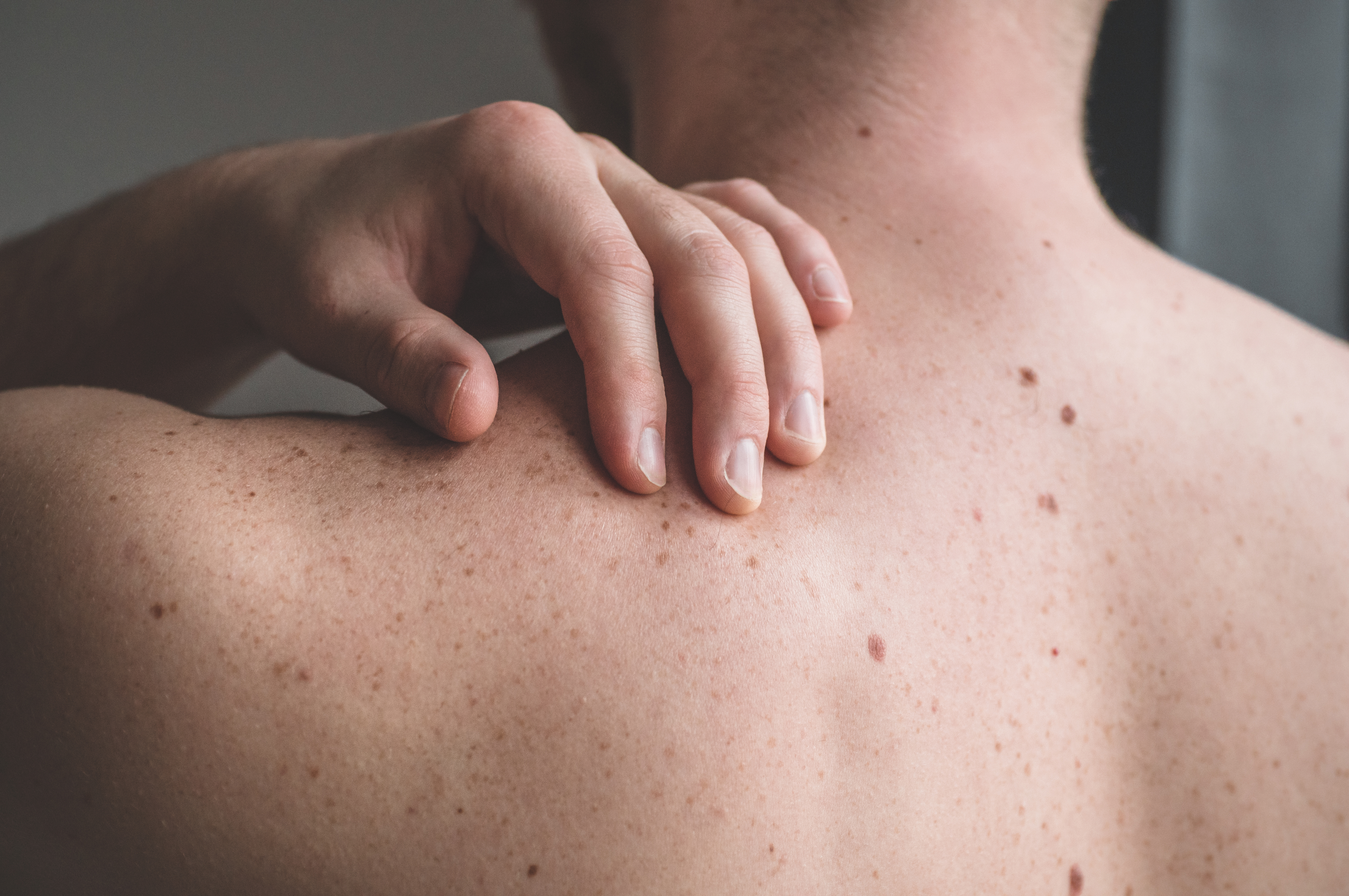 A is for ASYMMETRY: Does one half of the mole match the other?

B is for BORDER: Are the edges irregular, ragged, notched or blurred?

C is for COLOUR: Is the mole evenly coloured? Has it got darker or got shades of brown or black, or patches of pink, red, white or blue?

D for DIAMETER: Has it got wider? Anything bigger than 6mm across could be a warning sign.

E is for EVOLVING: The mole is changing in size, shape or colour.

In March 2018, ­Alison had the latest of her melanomas removed, from her chest. It was then that doctors broke the news to her that her cancer had spread.

She says: “Looking back, I’d been quite unwell leading up to that time. I had blood in my urine and felt very full after eating. I’d felt unwell after a New Year’s Eve party and put it down to the champagne.”

But in April that year, doctors referred Alison to have an ultrasound scan. It revealed polyps on her bladder and so prompted an urgent CT scan.

She says: “A couple of days later, I got a call from my doctor, asking me to please see him. It didn’t sound very good — and he told me there were tumours everywhere. I now had stage-four, incurable ­cancer.

“My boys were five and two at the time — it was horrendous. I was working out how old I would be when I’d leave them. 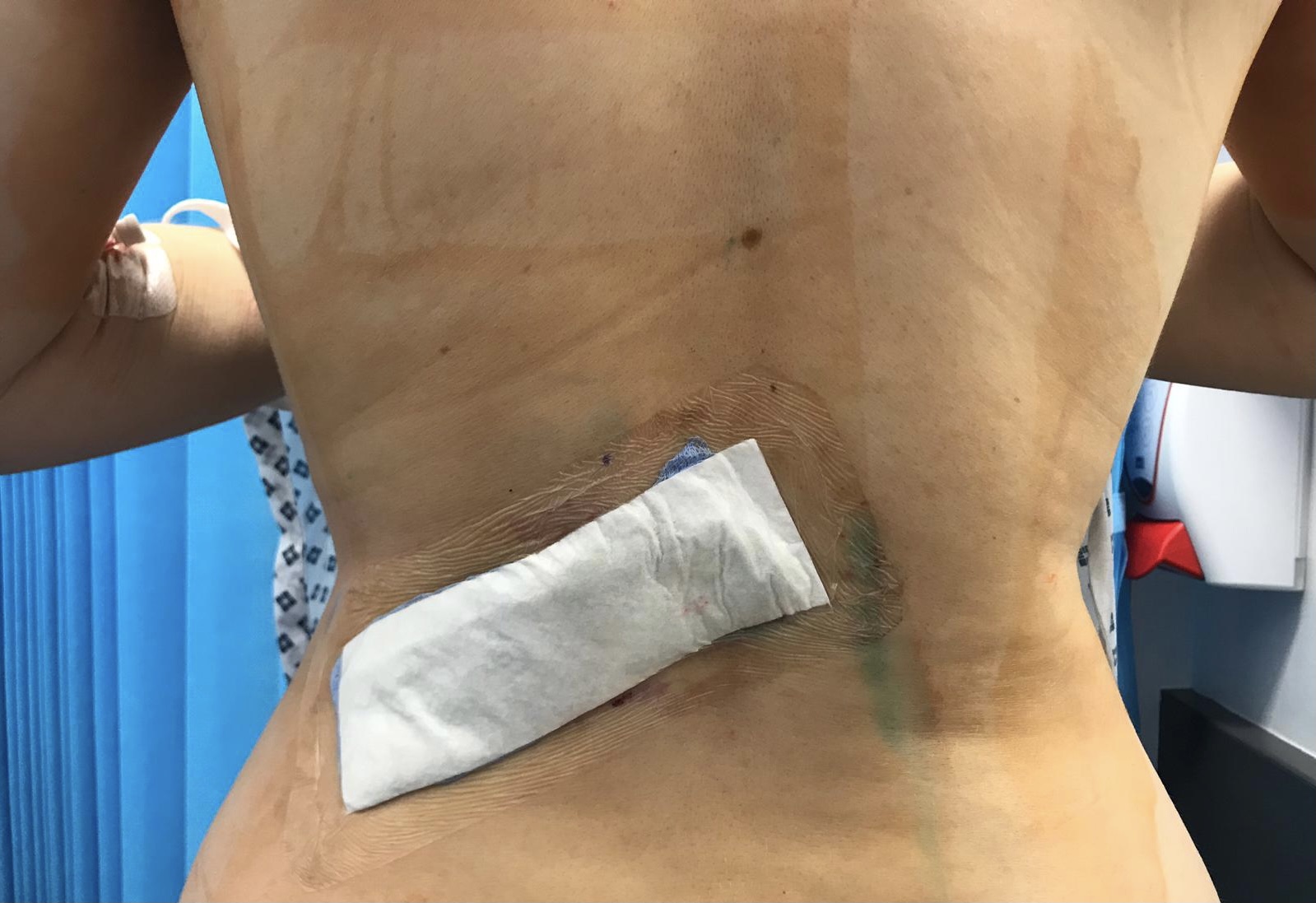 “I worried whether my death-in-service ­payments from work would clear the mortgage, and all sorts of ­morbid stuff like that.”

The following month, Alison began immunotherapy, after doctors dealt her another blow — her tumours were inoperable. A year later, in June 2019, she began taking a new cocktail of drugs — 12 pills a day to keep her cancer at bay.

She says: “It seems to be working for now, but I worry about what will happen when it stops working.

“I look at my kids, Matthew and Patrick, and try to think what it would be like if I died in a month, or a year. How will they cope? I have to live my life in three-month blocks now, from one set of scans to the next.”

Her plea to anyone getting out and about this summer is: Wear SPF 50, and lots of it.

She says: “Even if having a staycation, or just enjoying a day out, wear factor 50. The sun here can be as strong as abroad, and it’s not worth your life.” 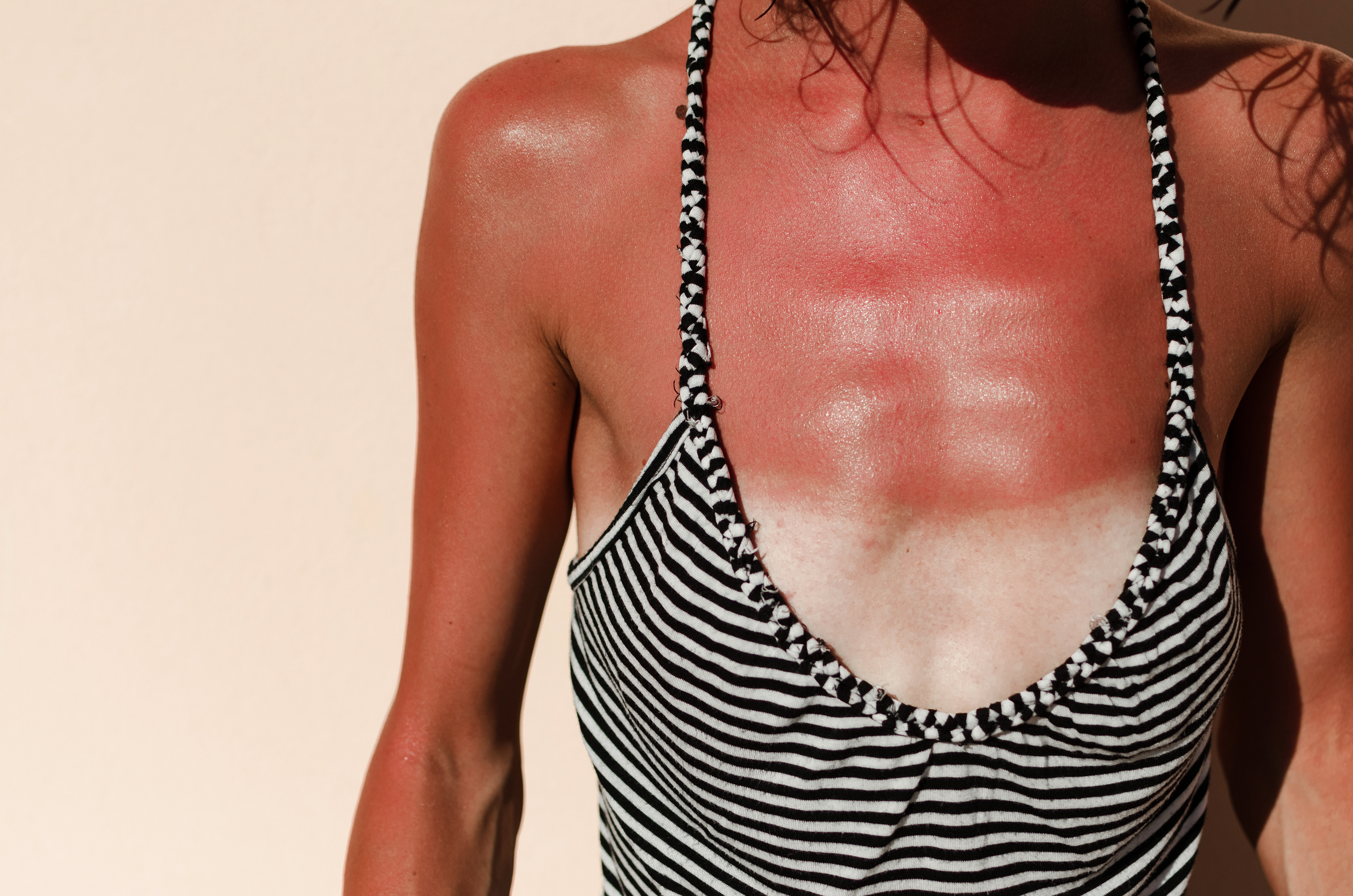 WHICH SUNSCREEN IS BEST TO BUY?

Dr Laftah says: “It can be quite confusing when you look at all the different numbers and star ratings.
“Most will offer a sun protection factor – or SPF – which shields you from the harmful UVB rays that can lead to skin cancer.
“The star rating is the protection offered from UVA rays, which are responsible for ageing the skin but have also been linked with cancer.
“My best advice is to choose a sunscreen which offers an SPF of 30 or more, and a star rating of four or more stars.”

SHOULD I SEE MY GP IF I’M FEELING WORRIED?

Dr Laftah says: “Yes, the NHS is still open, and early diagnosis is key when it comes to treatment.
“Look out for any new mole, an existing mole that has changed in shape, size or colour, or any lesion that is bleeding, painful or not healing.
“You might be asked to send ­photos if your GP cannot offer a face-to-face appointment but please do not delay seeking advice if you have concerns.”

HOW CAN I BEST PROTECT MY EYES?

Dr Banwell says: “There has been an increase in skin cancer around the eyes. Most people just don’t think to put sunscreen there but the skin on the eyelid is very thin and is easily damaged by sun exposure.
“So it’s really important to apply sunblock around the eyes and on the eyelids.”
Dr Laftah adds: “A wide-brimmed hat can offer extra protection to the face, scalp and ears and you should wear UVB-blocking sunglasses.”

WHAT SHOULD I DO IF I BURN?

The NHS recommends applying a cold compress, drinking lots of water and using painkillers if needed.
Dr Banwell says: “If you burn, you can apply a balm or moisturiser to help repair the skin. Aloe vera is very good at helping the skin to heal.
“Also make sure you get out of the sun as soon as possible.
“Avoid wearing tight clothing and using ice packs, which could cause more damage.”

IS MY TAN HEALTHY IF I WEAR SUNSCREEN?

Dr Laftah says: “There is no such thing as a healthy tan.
“A tan only develops when your skin is trying to protect itself from sun damage.
“Your body triggers the production of melanin, which results in ­tanning of the skin, in a bid to ­protect itself from further sun ­damage.
“This increases your risk of skin cancer and accelerates skin ­ageing.”

For Charlotte, the warning sign was similar — an itchy mole on her back.

She says: “I couldn’t see it, to know if it had changed, but I had a feeling it was going to be bad news.”

I look at my kids and try to think what it would be like if I died in a month, or a year. How will they cope?

The mole was removed and tests revealed it was a malignant melanoma and had spread. But after chemotherapy and drug treatments, in May last year Charlotte was given the all-clear.

She says: “I have regular checks to make sure the cancer doesn’t return. I underestimated how serious skin cancer can be and I had no idea it can spread to the brain.

“I still love spending time outside, but I’m very careful — even in ­winter I apply SPF 50. I’d encourage everyone to do the same while enjoying summer in the UK, where the sun can be deceptively strong.

“If you want to look bronzed, wear fake tan. It’s cheap and won’t cost you your life.” 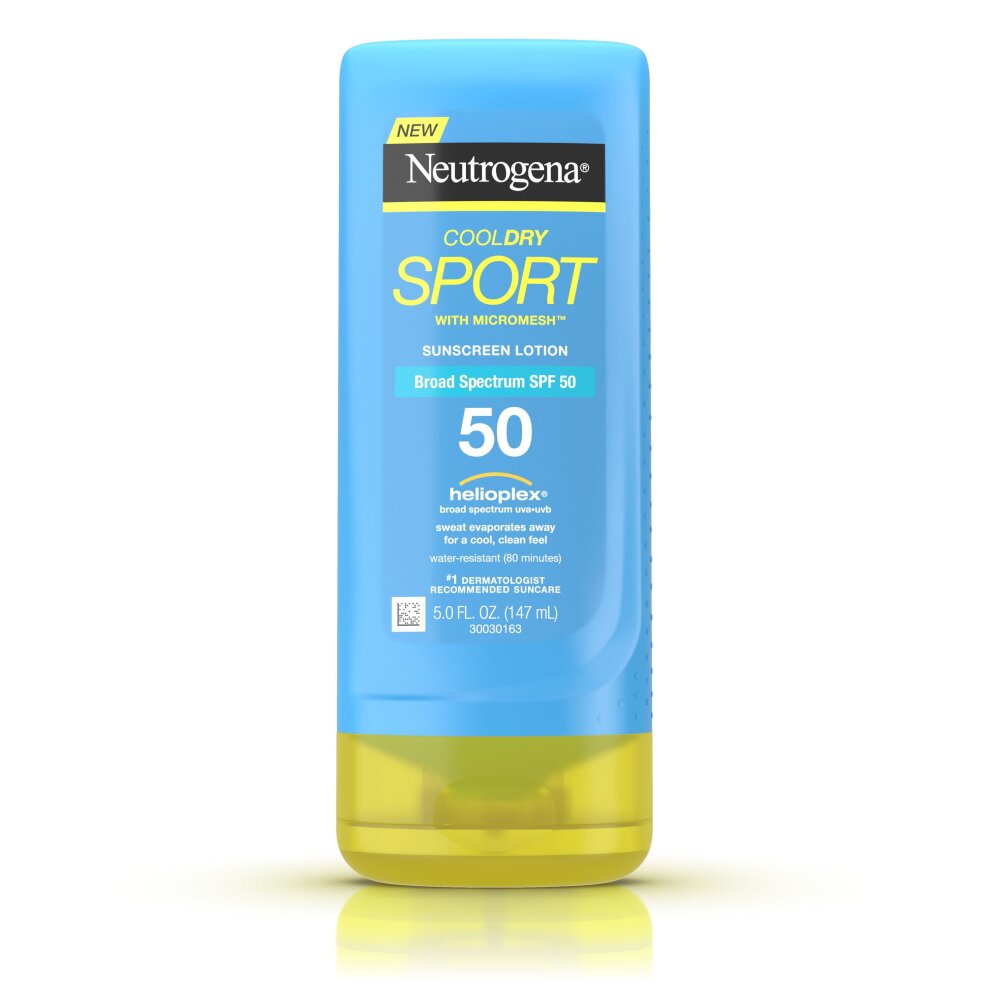 Plus, it is sweat and water resistant for up to 80 minutes. 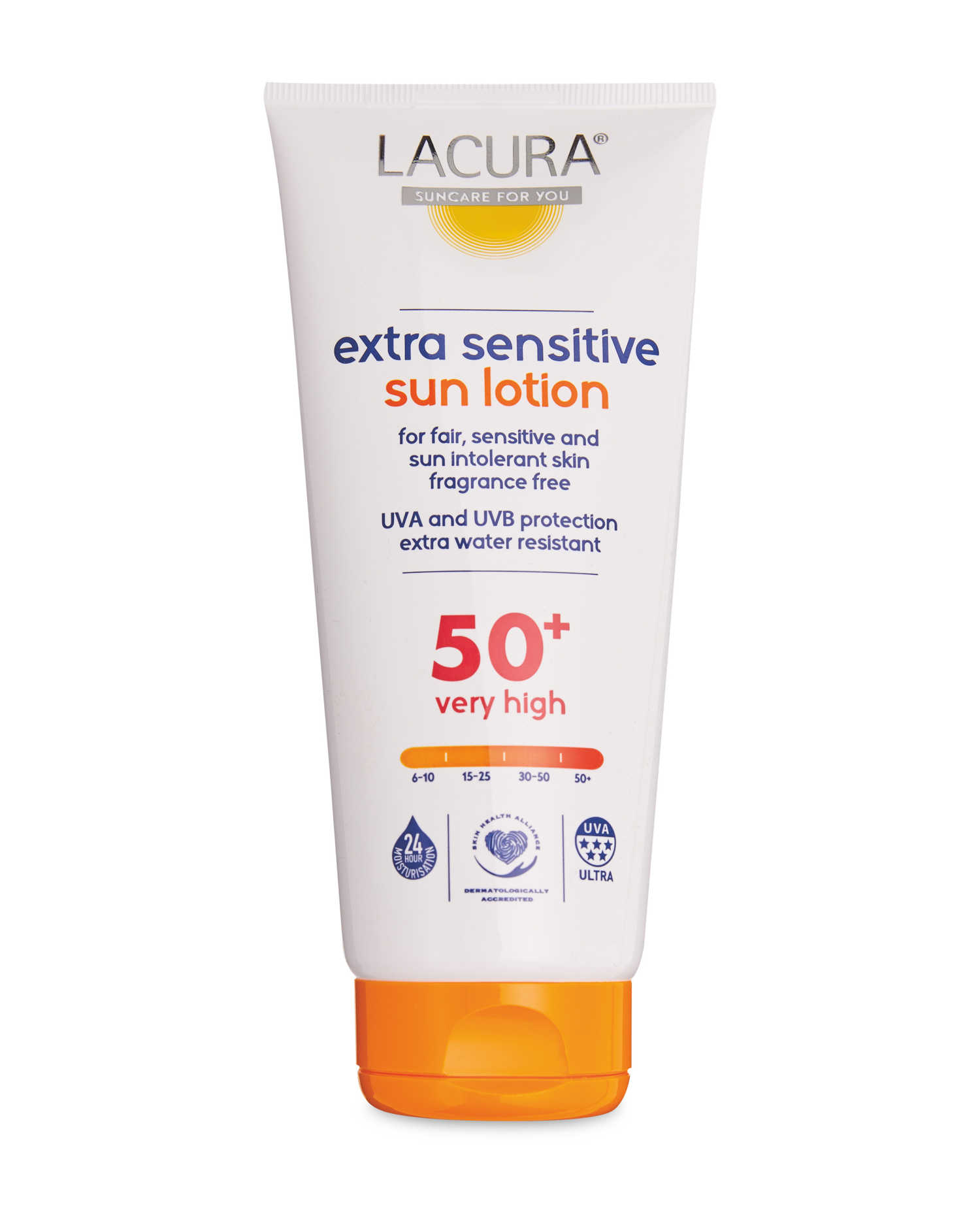 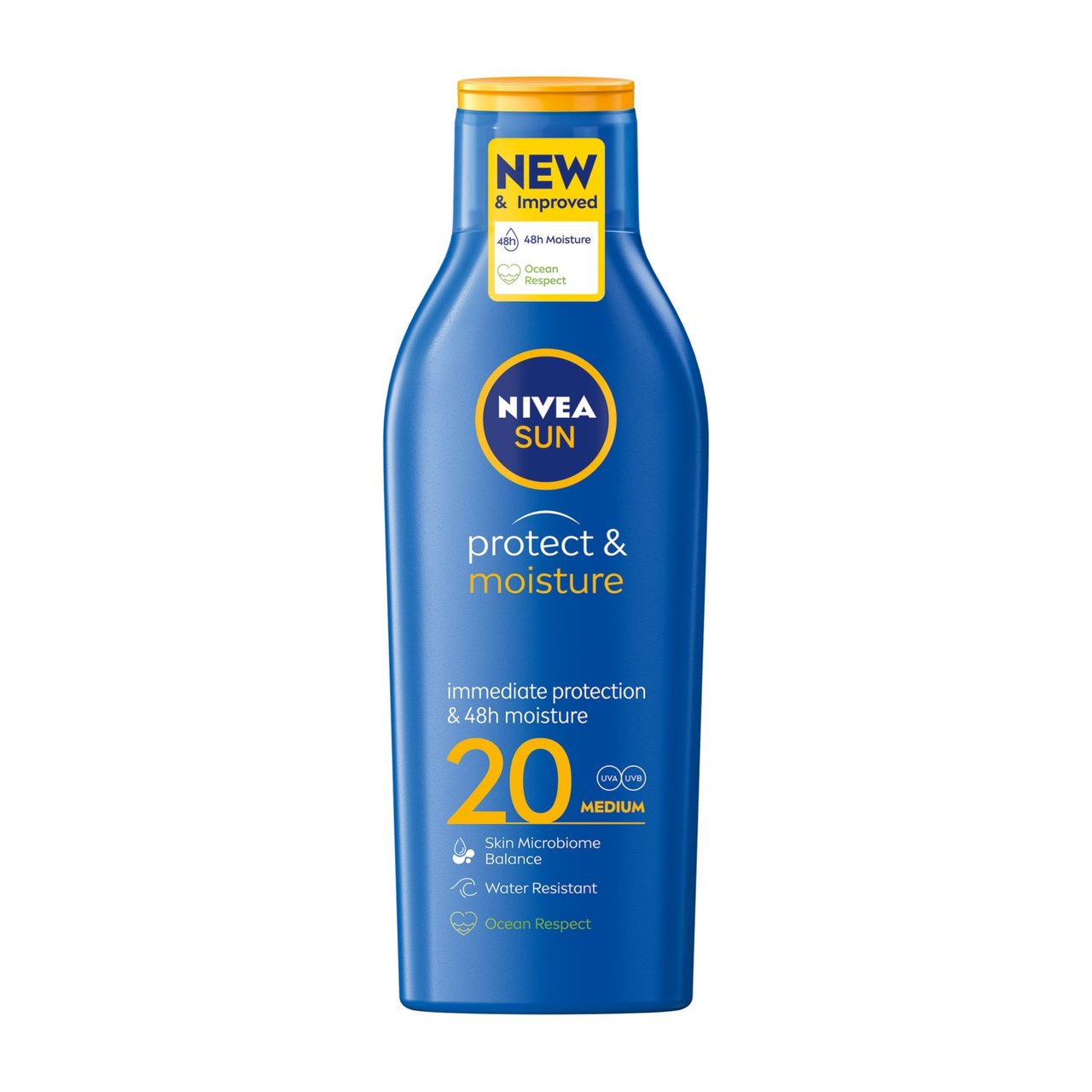 NIVEA Sun Protect and Moisture (£6, boots.com): This protects against sun exposure and long-term UV-induced skin damage as well as reducing the risk of sun allergies. Water-resistant. 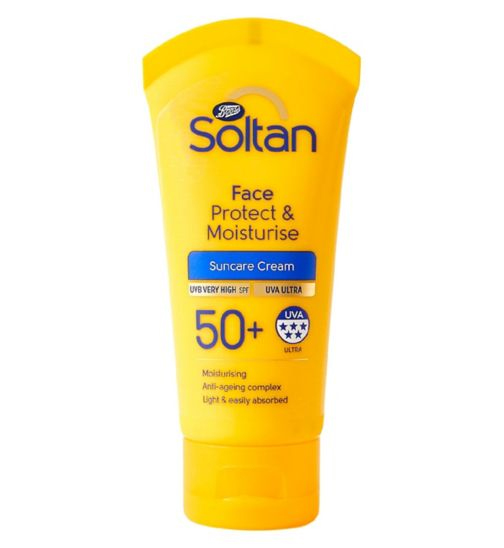 BOOTS Soltan Face Protect and Moisturise (£5.50, boots.com): With an SPF of 50+ and a five-star rating, this is also light and easily absorbed. 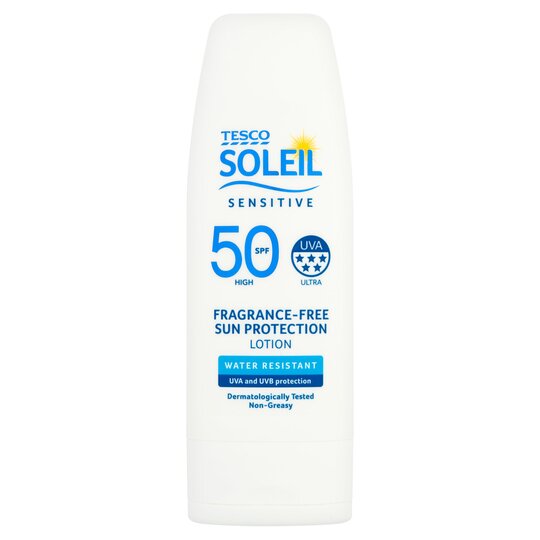 It is also free from colour, fragrance and preservatives.