A TEENAGER has revealed his hack for making a supersized Oreo tower from a single pack of cookies.

Debate has long raged about whether the cookie or cream part is the best – and whether it needs to be dunked in milk to be best enjoyed. 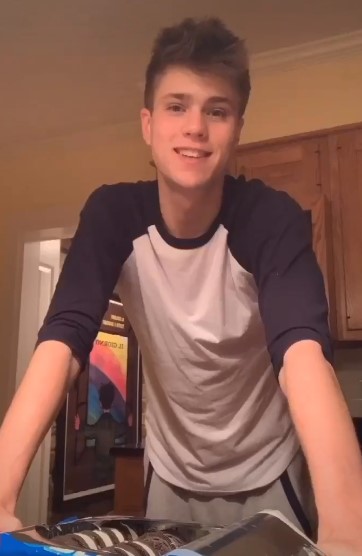 Fans of the cream have long made giant cookies by sandwiching two Oreos together, but one teen has taken it to the next level.

But Gabriel revealed how to make the most out of a single pack of cookies, by using the Most Stuf variety – which boasts even more filling than the regular versions.

In the clip, which has been liked more than 760,000 times, Gabriel films himself building the stack, set to Rachel Platten’s Fight Song. 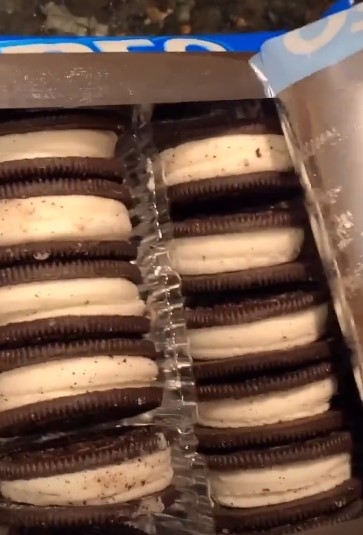 The 17-year-old captioned it: “Like for the sheer amount of calories I ate.”

After sandwiching together the giant cookies, Gabriel then eats the stack – in one go.

His impressive appetite has gone down well with fans, although some have expressed concern for the amount of sugar he ate in one go. 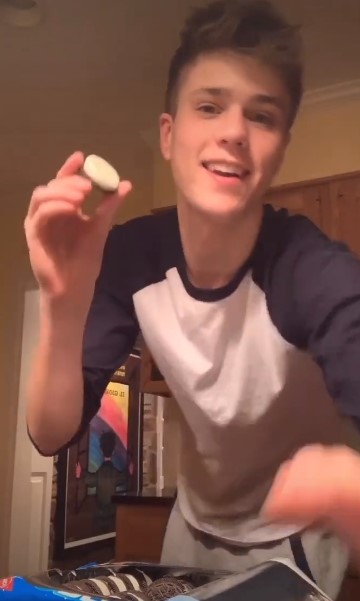 One person said: “When parents say only have one Oreo.”

Another said: “Why is this so inspirational.”

A third wrote: “Diabetes in a Oreo.” 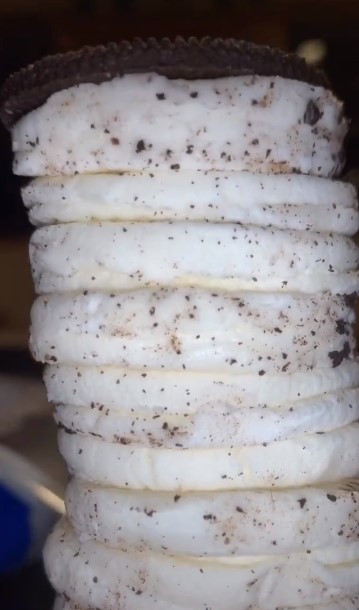 This person thought “My teeth ache looking at this.”

Another added: “Thought you were gonna eat it like corn on the cob but this works too.”

While this person said: “Yeah that should be enough sugar for the next 5 days.”

And this man was mercilessly mocked for including tinned ravioli in fry-up dubbed ‘food poisoning on a plate’.

Plus M&S’ Love Sausage is back for Valentine’s Day.