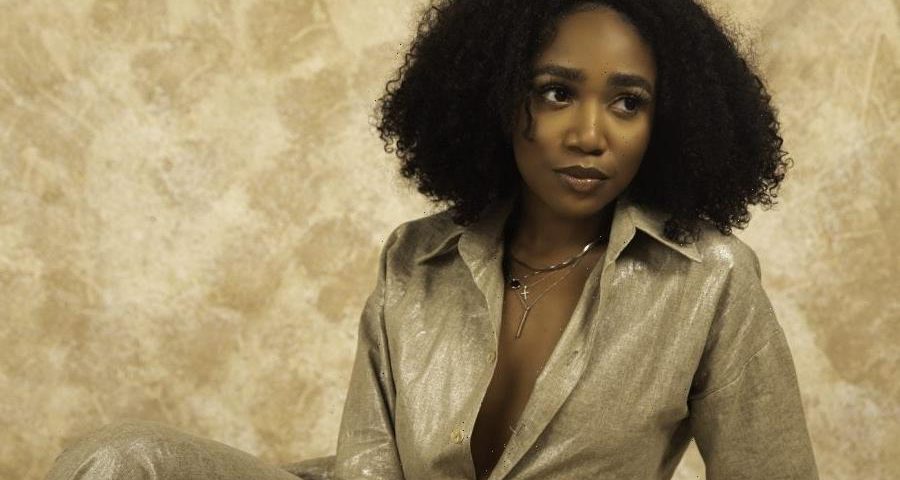 Mikaela Funn didn’t just come up with the idea for a clothing line out of the blue, but it’s something that she’s been sitting on for a minute. Growing up, her godmother always called her by her nickname “Miss Mini” because she was always a petite girl, but it wasn’t until high school that she got the idea to start a clothing brand specifically for “tiny women,” as she calls it.

Though she initially started an online boutique that didn’t take off the way she expected, that didn’t stop Funn from pursuing her passion. She keeps a journal of her aspirational business ventures that she wanted to pursue but she noticed that Miss Mini’s was always finding its way back into her manifestation plans. Once lockdown began amidst the pandemic, Funn knew that she had nothing but space, time and opportunity to pour into her long-time dream deferred.

“What is the one thing that I feel like if I don’t at least try to execute would I not be able to live with myself?,” she asked herself, and the answer was Mini’s. “I was just like, ‘I’m just going to give it my best shot and see what happens,” Funn continued to tell ESSENCE, and thus, Mini’s was born. The following week, she filed her articles to make her dream an official LLC, began to work on the logos and So that was the ideation and creation of Mini’s. The next week I filed my articles to make it an LLC, started working on the logos, and stayed up all hours of the night sketching her first collection.

“From my experience, a lot of it is just feeling excluded from a lot of superfly wardrobe options,” Funn told ESSENCE about the feeling of petite girls not being taken into consideration in the fashion industry. “I know a lot of times when I would be trying to find garments, online particularly, I would look at things and be like, ‘I’m not even going to waste my time or my money because I know that is not going to fit me,’ and I was tired of feeling that sentiment.” When looking at online models, Funn would see how incredible an ensemble would look on the model but kept it pushing because she knew that there was one small difference between the model and herself – height.

Miss Mini’s Summer 2021 collection, which officially launched July 23, included a linen button-up, linen dress, tailored linen trousers, and classic skinny jeans – all perfectly constructed for women under 5’4″. When she first announced her Miss Mini’s debut on her personal social media account, the Spelman College alumna was overwhelmed with positive feedback from friends, family, followers, and fellow shorties. “I feel like a lot of times it’s just that little boost that just makes you feel like, ‘Okay, keep going’,” she told ESSENCE while smiling through the phone. Funn noted an initial challenge as identifying her target market and demographic, as well as building awareness around her brand. “Because I had so much support from the shorter women in my life who were going to shop, let me just keep going and finding new ways to really reach petite women.”

Though she has received nothing less than love and admiration amidst her introduction to the fashion world, Funn knows that there is more in store for her and the future of Miss Mini’s. “I really want Mini’s to become a premier e-commerce platform for petite women’s fashion,” Funn shared with ESSENCE. Inspired by the ASOS model, she aspires to have an in-house collection with exclusive Mini’s launches. “I want to be able to feature other garments from other brands on the site so that we have a space where we can go and know that everything I’m looking at has already received a stamp of approval. I don’t have to go through any of those disappointments and everything is good to go.”

Furthermore, she wishes for Mini’s to expand into more than a brand, but a solution for petite fashion as we know it. “What are our options now?,” Funn posed hypothetically. “We have a few other petite brands and you can get your garments tailored, what are the other ways that we can use the things that we already have in our wardrobe, make them fit, and complement our bodies a little bit better?” Thankfully, Funn has the answer for us petite women and we know that Miss Mini’s is a revolutionary first step for petite luxury womenswear.