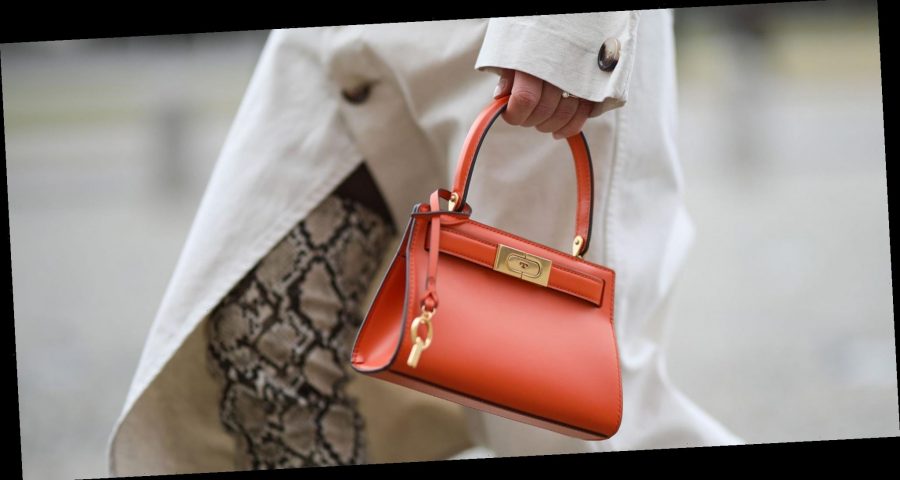 Tory Burch is a brand known for a lot of things: its quintessential preppy cardigans, its famous miller sandals, and its iconic T logo. What it's less known for is its major sales that are somewhat of a best-kept secret in the shopping world. The brand tends to keep its sale events on the DL, so you rarely know they're happening until everything is already sold out. Which is why we're here to let you know that Tory Burch's 2021 Private Sale has officially kicked off, and prices start at just $9.

To shop the sale, simply sign up for a free Tory Burch account with your email address, and then you'll be all set to take advantage of the hundreds of items majorly discounted until March 2nd. It's obvious that the best place to look first is the handbag section, where all of the brand's most iconic silhouettes and styles are hundreds of dollars off — even some recently launched are included. If you're already in a summer state of mind, the straw nano tote — an essential beach day accessory — is now just $119. If you're a Tory Burch loyalist, you can now shop its classic Ella tote bag also for the extremely low price of $119. Maybe you want to expand your small bag collection, and if so, you can't go wrong with the camera bag for $159. On the other extreme, the best-selling Robinson tote is large enough to fit everything you could imagine for only $169. Tory Burch's more trendier options, like a snakeskin embossed hobo bag and a hot red metal logo hobo bag, are each marked down to $259. Once you've found your next go-to bag (or bags), the clothing section has runway options for under $200. Need a cardigan? Tory Burch has one for $169. Plaid pants? Also just $169. A wool coat, on the other hand, will set you back $349, but considering it was originally $898, this price is a steal. The same can be said of the popular Faire Isle pullover, which is now under $500. And if you want a real deal, you can get an embellished dress that will work for both the office (when that's a thing again) and parties (when they're a thing again) for $149.

Since prices start at $9 and nearly every best-selling item is marked down for hundreds less, you don't need us to tell you that the best items are bound to go fast. But on the plus side, it is still an under-the-radar event, so shop now before everyone else catches on.

Shop the best deals from the latest Tory Burch's private sale, below.