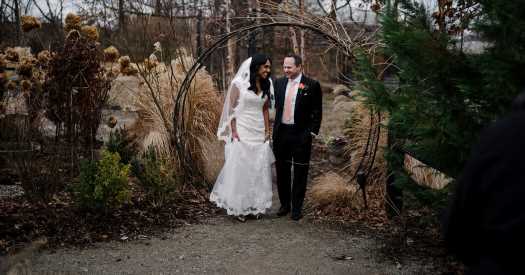 In 2018, when Inimai Manickam Chettiar debated the author and television personality Van Jones on National Public Radio, issues plaguing her since childhood came roaring back. “It was one of my scariest professional moments,” she said. “Public speaking activates all my woman of color, I-don’t-belong-here insecurities.” The man who would help her face them, who happened to be a white Army veteran, is the same man she would soon fall in love with.

He was also her 99th first date.

Ms. Chettiar, 42, is a lawyer and federal director of the Justice Action Network, a group working for criminal justice reform. Her 2018 radio sparring match with Mr. Jones, whose approach to passing criminal justice reform legislation clashed with hers at the time, was the culmination of decades of the work that underpins her identity: After graduating from Georgetown and then receiving a law degree at the University of Chicago, she became the first counsel for the American Civil Liberties Union’s campaign to end mass incarceration, then she created and led a mass incarceration initiative at the Brennan Center for Justice at N.Y.U. law school. By the time she met Kenneth Gerard Wolf Jr., a war veteran, she was accustomed to 80-hour workweeks. She was also within spitting distance of her 40th birthday and considering leaving New York for a city with a new batch of single men who might want to get married and start a family.

If her tally of first dates had surpassed 100 before she matched with Mr. Wolf on Bumble, she would have kept dating. But 98 first dates, including a handful with men she suspected of being married and one who asked her why Indian women don’t wax more, was plenty in New York.

Ms. Chettiar grew up in Potomac, Md., with two sisters and her parents, Manickam and Meena Chettiar. “I sort of absorbed politics and Congress and lawmaking just by being there,” she said of nearby Washington. Her father still lives in Potomac; her mother died in 2006 of metastatic breast cancer.

She moved to New York in 2003, three years before she was divorced after a brief marriage, for a job as a litigation associate. By 2011, she had rebuilt her love life, but it suffered a blow when the man she was dating got pulled over and arrested that year. She was in the car.

“Unfortunately, that’s not an uncommon experience for two dark-skinned people driving at night in this country,” she said. The man spent the night in jail, and what to that point had seemed a promising relationship faltered. “There was an avalanche of collateral consequences after the arrest for him,” including a rescinded job offer. “It affected our relationship. I underestimated the emotional impact of what happened, what he was going through.”

When they broke up, Ms. Chettiar dived headfirst into criminal justice reform, accepting her position at the Brennan Center in 2012. “It was a huge opportunity for me and incredibly exciting to work on an issue that advanced racial justice,” she said. But it was also draining. “I had to hire all new people, and there were huge side projects and studies.”

Passion for the work overtook the urge to resuscitate her romantic life, especially with the memory of her former partner’s arrest still lingering. “Throwing myself into work gave me something to do and became a way to heal from that relationship.” 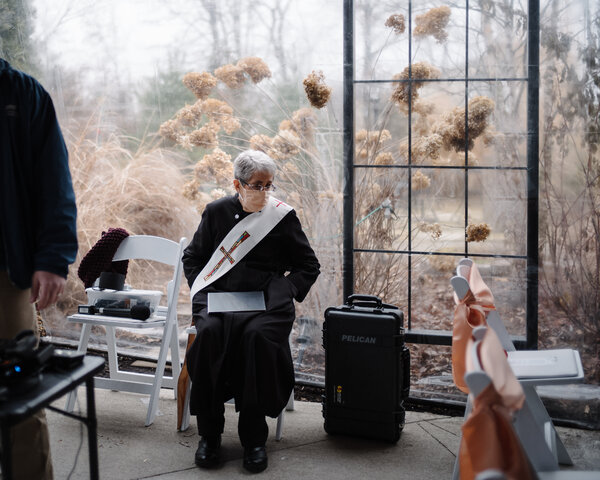 Four years later, though, friends began to hint that her healing process was taking too long. “I told her, ‘You’re such a beautiful, dedicated individual,’” said Darlene Ivan, a friend and former assistant. “She was working so much. I wanted her to find someone who would make her happy.” Other friends wanted her not to let her upcoming 40th birthday, and its association with fertility clocks, to feel like a threat.

Ms. Chettiar has always wanted a family; in 2016, at her friends’ urging, she underwent two cycles of in vitro fertilization to freeze her eggs. That was a first step to reclaiming her life from the work that was devouring it. A second was creating an online dating profile.

The summer of 2016, when she signed up with Bumble and Shaadi, an Indian dating site, marked the start of the 99 first dates. Ms. Chettiar was hyper-organized in her approach to meeting men. “I went on two dates a week, usually scheduling them on the same day so the other nights I could work late,” she said. Sometimes, she handed her phone to friends to let them swipe. “The criteria? If he seemed like he had a job and didn’t seem like a jerk, then swipe right.” Some dates led to second and third meetings. But she declined most follow-up invitations. Often, she ended up rescheduling to accommodate work obligations.

Her first encounter with Mr. Wolf at Taqueria Diana in Hell’s Kitchen, on May 8, 2018, had to be rescheduled twice. But when they finally met, fascination allowed her to be fully present. In her previous dates, she hadn’t encountered a military veteran. She found she was genuinely curious. “I asked him a lot of questions about his level of contribution to all these wars,” Ms. Chettiar said.

Mr. Wolf, 40, grew up in Rantoul, Ill., with three sisters and his parents, Linda and Kenneth Wolf, who since divorced. He joined the Army at 17. In his 20-year military career, he was deployed to Bosnia, Afghanistan and twice to Iraq. In 2003, a decade before he graduated from George Washington University, he was awarded a Bronze Star for his heroic service in Iraq. A master’s program in International and Public Affairs at Columbia University took him to New York in 2014; he graduated two years later. Ms. Chettiar’s inquiries about his past at the taqueria were welcome. “The conversation flowed easily, almost like catching up with an old friend,” he said. He didn’t necessarily expect that to happen.

“Obviously, we were coming from very different backgrounds,” he said. There were racial and cultural differences to be broached. And each brought a professional stereotype to the date: If he was a Midwestern GI Joe, she was a high-powered, tough-as-nails New York lawyer: “That’s the image I had in mind before I met her.” It wasn’t totally inaccurate, he said: “She struck me as that, but also as a beautiful girl.” He struck her as genuine and straightforward. And something else: “I guess the right word is impressive,” she said.

Mr. Wolf, now in the Army Reserve and the director of cyber threat intelligence at the wealth management company UBS, was able to restore her faith in dates that might actually lead somewhere. The morning of their second date, she had been a guest on the podcast “Pod Save America.” Mr. Wolf listened and complimented her on-air skill at discussing criminal justice reform, which led to a conversation about the upcoming debate with Mr. Jones. “I was struggling with my confidence, and he was helpful and supportive,” she said. On May 21, the day she and Mr. Jones traded arguments for an hour, she emerged mostly unscathed. “He was obviously better than me, but I held my ground. And I’m still remembered in the field as the girl who took on Van Jones on sentencing reform.”

The girl who took on heavy loads to advance social justice was no longer sure she was up to the task of finding a husband in Manhattan, though. Just before she met Mr. Wolf, Ms. Chettiar booked a two-week trip to San Francisco, the precursor to a potential move across the country. “I strongly believe that New York City is one of the best places for a woman of color to be,” she said. Still, after so many dates, it no longer seemed the best place to find a man to marry. But her new friend, Mr. Wolf, clouded her thinking.

“I liked him,” she said. “I was conflicted.” She took the trip anyway. Before she left, “she told me she was concerned that our relationship would lose steam,” Mr. Wolf said. “I told her, ‘We’re just going to have to put in the effort to make sure that doesn’t happen.’” They talked on the phone every day. A month later, he was introducing her as his girlfriend around his Upper West Side neighborhood. And Ms. Chettiar had put up work boundaries to protect their time together. “I started making a concerted effort not to open my laptop on weekends unless it was urgent.”

Ms. Chettiar told Mr. Wolf early on that she was dating with intention, that if he wasn’t interested in partnering for life and having children, he should let her know. Such a declaration from him never came. Instead, as the pandemic barreled into Manhattan in March 2020 and they began quarantining at each other’s apartments, their talks about when and how to marry took on momentum. After a June 6 walk around the West Village, they stopped at a Billy’s Bakery in Chelsea near her apartment to buy a chocolate cupcake for later. While she wasn’t looking, he pushed an engagement ring into the frosting. When she at first expressed no interest in even a bite, he insisted. “I was like, ‘Why is he on me about this cupcake?’” Ms. Chettiar said. Before she had the wrapper off, she knew. “He was on the couch next to me and said, ‘Will you marry me?’ I was very emotional. I had tears.”

Her yes to his proposal preceded a flurry of mid-pandemic wedding planning. “Given that I’m 42, we wanted to start trying to conceive right after the wedding,” she said. But before that could happen, Ms. Chettiar would need surgery for a uterine fibroid and months of recovery time afterward. January, they decided, was the earliest they could marry.

Mr. Wolf’s family considers St. Louis home. His Army unit is also based there. When a search of Missouri wedding venues turned up an elopement chapel, the Marry Me Cottage in O’Fallon, they were sold.

Because of the pandemic, the plan was always a guest list that included immediate family and only few friends. On Jan. 16, Ms. Chettiar and Mr. Wolf were married before 24 masked guests in the chapel’s heated outdoor courtyard, accented with flowers and fabrics in shades of Valentine pink, by the Rev. Debby Bartley, an associate pastor at First United Methodist Church in St. Charles.

At the end of the Christian ceremony, when Ms. Bartley announced they were husband and wife, the courtyard joined her in praying that “those who God has joined together, let no one put asunder.” Then came an Indian tradition, the tying of the wedding necklace. As Mr. Wolf reached under Ms. Chettiar’s veil to secure it, Ms. Bartley explained that the necklace was meant to advance good luck and health, and to identify Ms. Chettiar as a married woman.

The married woman, and married man, then sealed their new covenant with a kiss.

Where The Marry Me Cottage, O’Fallon, Mo.

Champagne and Cake After the wedding, guests joined the couple for a socially distanced reception, including Champagne and cake, at Spiro’s, a restaurant in St. Charles. For a first dance, they swayed to Ed Sheeran’s “Perfect.”

Salutes and Shoutouts Guests who tuned in online, including Ms. Chettiar’s father, celebrated the couple with virtual toasts after the on-site matron of honor, Myrna Perez, and best man, Edward Russo, gave speeches. Ms. Perez had advice for Mr. Wolf: “Do not underestimate her,” she said. “Let her expose you to new things, and lean in on her hopes.”

Homeward, Onward Ms. Chettiar and Mr. Wolf plan to buy a house in New Jersey to start their family. But until the pandemic subsides, Mr. Wolf moved into her apartment. Both are working from home; for extra space, they leased a studio in the building.