A BRIDE-TO-BE has been shamed by people online who say she is "ungrateful" for poking fun at her "beautiful" engagement ring.

But rather than replacing the ring and going about her day, the woman took a sneaky snap of the rock and posted a photo on a ring-shaming Facebook group. 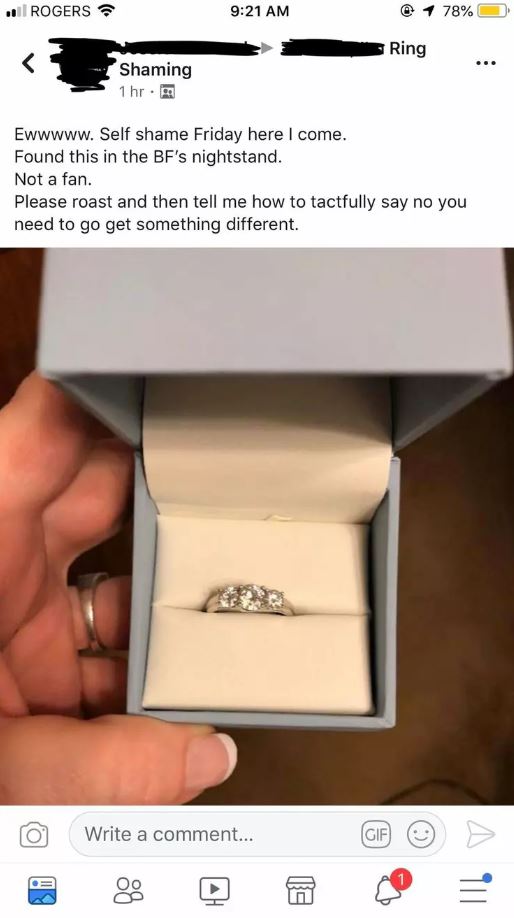 The caption read: “Ewwww. Self shame Friday here I come.

“Found this in the boyfriend’s nightstand. Not a fan.

“Please roast and tell me how to tactfully say no you need to get something different.” 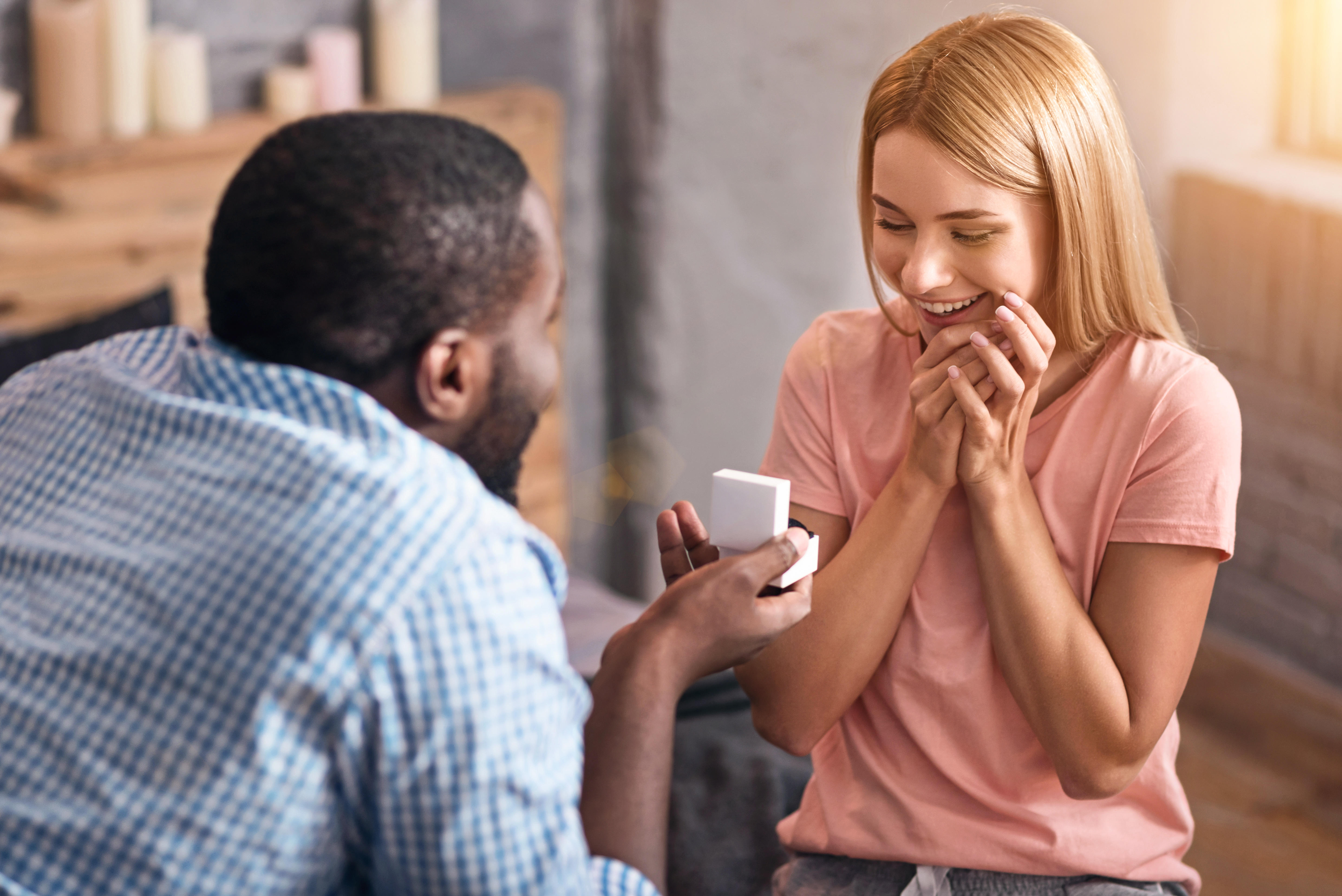 The ring features a silver band sprinkled with a cluster of glittering diamonds.

Packed in a powder blue box, the pretty piece of bling doesn't look cheap or tacky by any means.

But rather than emphasising with the woman's predicament, people think she is ungrateful.

One person said: "This is the saddest thing I've seen on this sub."

A second chimed in: "Oh god. It was bad enough when I thought it was just one person asking their friends and family. A ring shaming group? Disgusting."

A third commented: "I hope he sees this and then RUNS."

And a fourth person mused: "I bought my ex a $16k ring and she admitted to me that she was disappointed that the diamond wasn't larger."

But some people rushed to the woman's defence, saying it's fair enough if she doesn't like the look of the band she can exchange it for another one.

In other wedding news, wedding shamers blast bride for wearing a dress she can’t ‘walk, sit or dance in’.

Meanwhile, this bride-to-be was savaged for selling her ‘hot mess’ lace wedding gown which has massive pads over the boobs.

Plus this bride-to-be was savaged for selling her ‘hot mess’ lace wedding gown which has massive pads over the boobs.