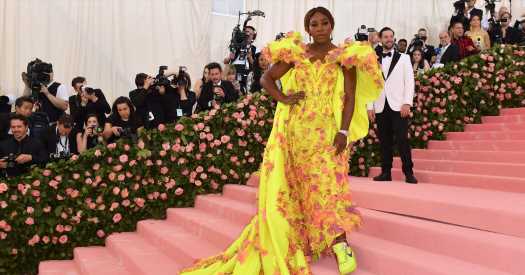 I was recently at an outdoor event, and it seemed like a fashion potluck — from maxi dresses to tie-dye tops to skinny jeans to knot headbands. Which casual trends will stick around this fall? — Yael, Dix Hills, N.Y.

What you are seeing is not actually a chaotic mix of every trend under the sun but two large and related overarching trends.

First, the rise of self-defined comfort dressing during the last year, when most people were stuck at home, picking clothes without worrying about the judgments of other people or having to signal identity to the world.

And second, the fact that as with identity politics, so with fashion: Increasingly, it’s every person for themselves. It’s the trend of no trend, to bastardize a phenomenon George W. S. Trow identified in 1980 and named “the context of no context” in a New Yorker essay that became a book.

(He was writing about television, its effect on American culture and the idea that the market had become the message, but given the importance of screens and online shopping in the last 18 months, his words have particular resonance today.)

Neither trend is a fad, and both are powerful reflections of this time period, which I think we all know is one for the history books. Not to mention, fashion books. That means they have fundamentally changed the way we dress and will stick around.

It’s not that all the predictions of an explosion of sparkly going-out gear are wrong. That will probably happen, too, Delta dependent. It’s that what you are likely to see is a combination of all of the above: casual dressing merged with party dressing or work dressing in some new and kind of crazy hybrid of high/lowness. A third way!

Or, as Lucie Greene, a futurist and the former director of the innovation group at J. Walter Thompson, calls it, “stealth-leisure.” Or maybe, she said, “biz-leisure.”

The start-up space, Ms. Greene said, is already full of “a host of new direct-to-consumer clothing lines that combine tailoring and a more polished aesthetic with stretch, comfort and breathability thanks to new high-tech fabrics.”

At the expensive end, this is epitomized by AZ Factory, the collection Alber Elbaz started before he died. It focused on splicing ease and technology with couture and paired everything from ball-gown skirts to body con knits with sneakers. In the midrange, Ms. Greene names such Los Angeles labels as Les Jour and Bleusalt.

But the point is, you get to effectively customize your look for yourself and your budget because it is defined by values rather than shape or skirt length or heel height.

Or any single designer or brand (or fashion critic), pontificating from on high.

Every week on Open Thread, Vanessa will answer a reader’s fashion-related question, which you can send to her anytime via email or Twitter. Questions are edited and condensed.