A CRUEL postcode lottery means women in more than 20 NHS regions are denied access to fertility treatment if they cannot prove they are in a stable relationship.

A freedom of information request to all 135 clinical commissioning groups (CCGs) by the British Pregnancy Association found huge disparity relating to who could qualify. 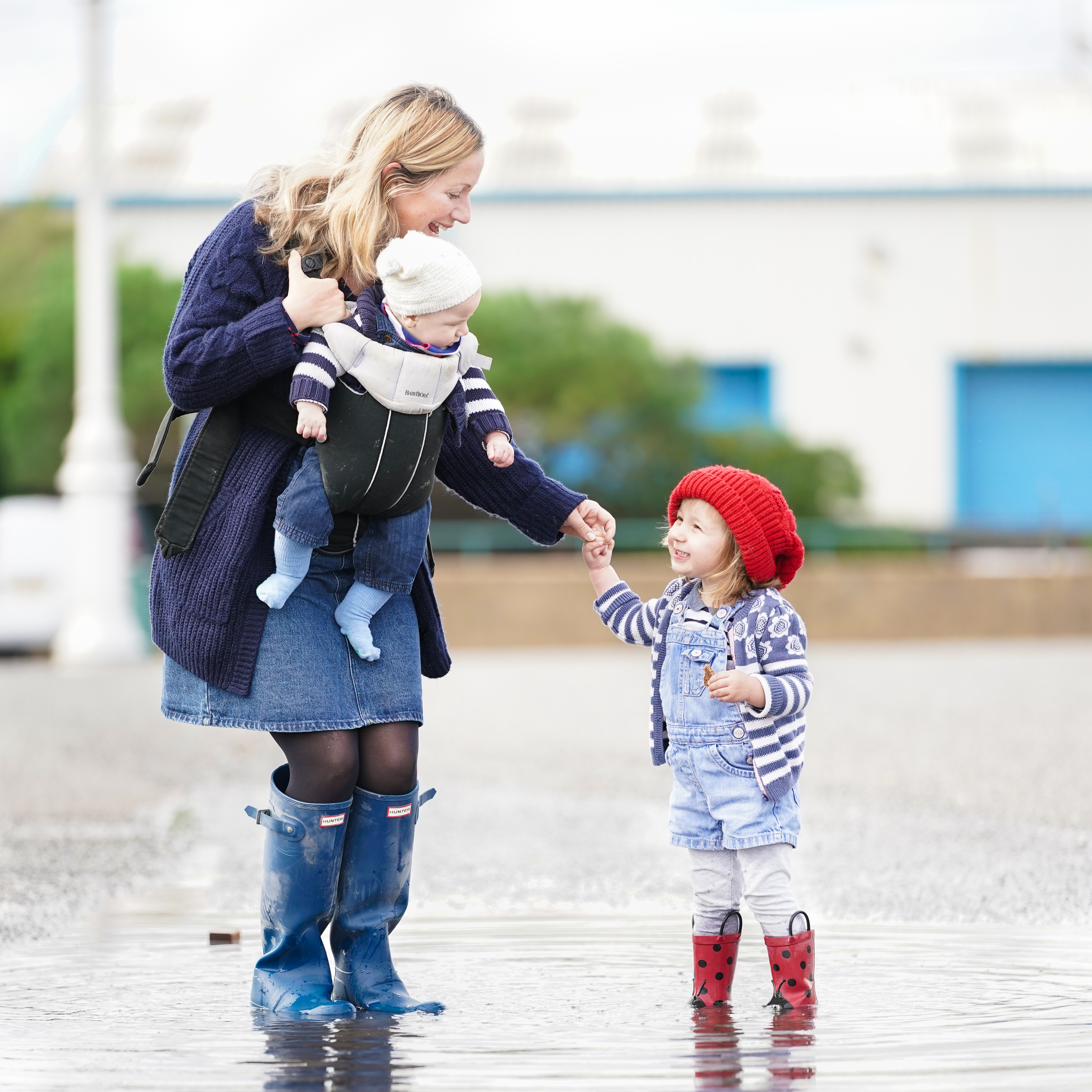 In some areas, such as Cornwall and Barnsley, couples had to show they had a joint bank account.

But mum-of-two GENEVIEVE ROBERTS, author of Going Solo: My Choice To Become A Single Mother Using A Donor,  says it should not matter whether you are in a relationship or not.

The 41-year-old writer had Astrid, three, and Xavi, one, through a sperm donor.

Here, she says why having a partner does not necessarily make you a better parent. 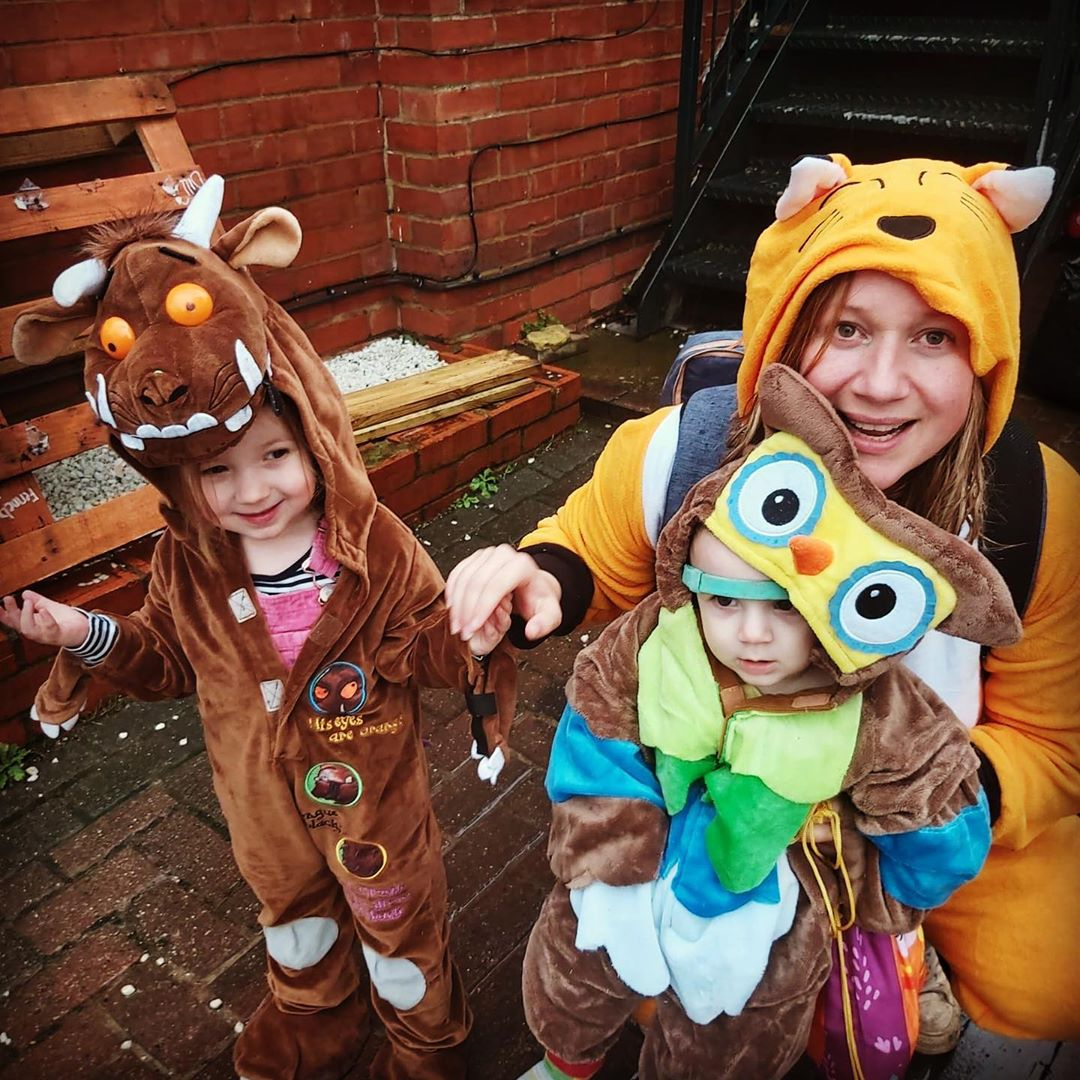 "I ROARED with laughter when I read that the NHS in Cornwall judges the seriousness of your partnership by whether or not you have a joint bank account.

For me, the idea of shared statements is no more appealing than a joint email address. Given that money is the cause of most arguments between couples, separate accounts may also make for a more harmonious life.

I was married, fleetingly, and I don’t remember us considering pooling our resources.

When are we all going to realise that it’s not what a family looks like on the outside that counts, but love and security? 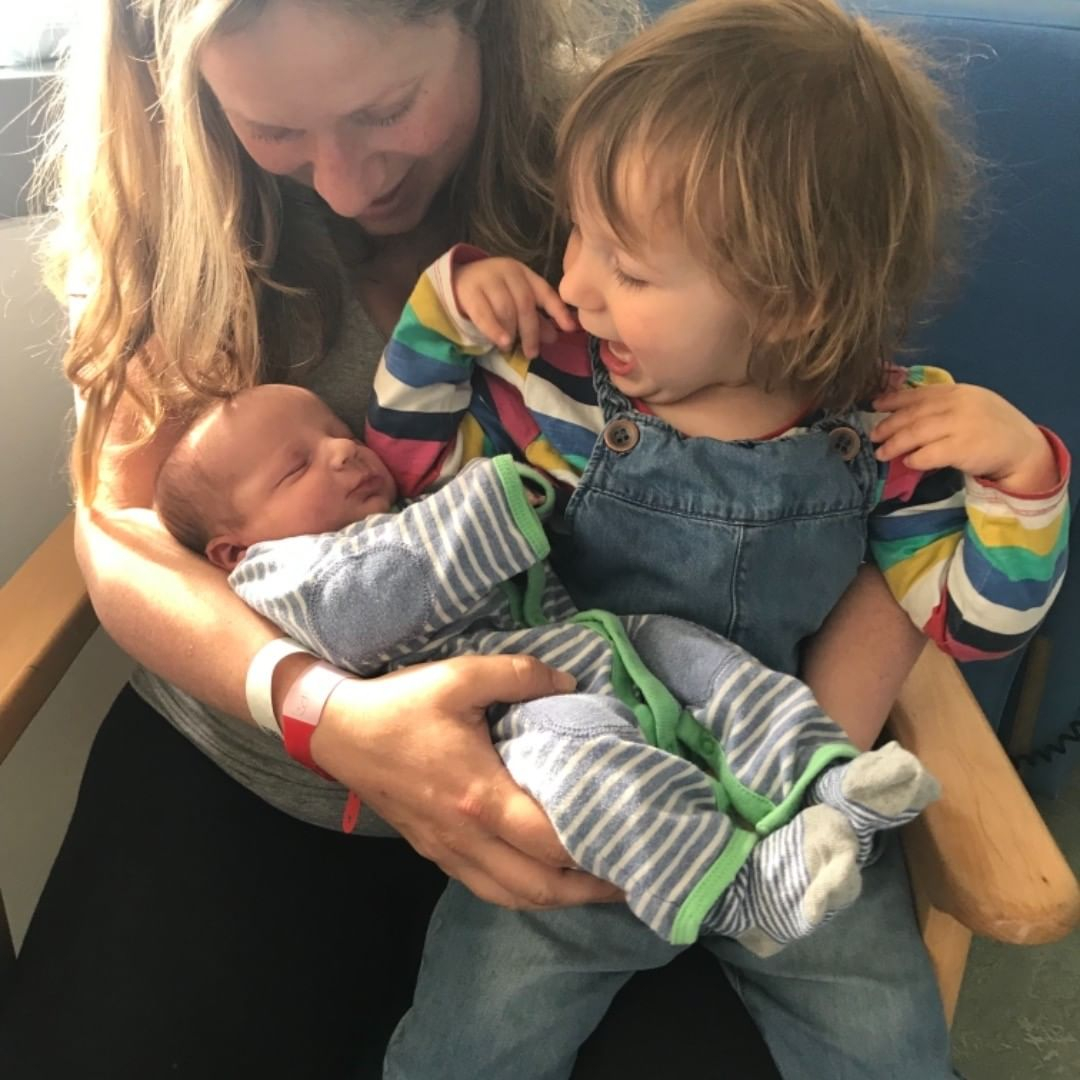 I’m a solo mum and it was the biggest and best decision that I’ve made, and that I will ever make.

My two children were both conceived using a sperm donor.

The stereotype of a career woman who forgets about family until it’s too late couldn’t have been further from my truth: I’d have loved to have had kids in my early thirties.

I had my fertility tested when I was 37 and single. My previous relationship ended weeks after a miscarriage and it had taken a long time to come to terms with that double loss. 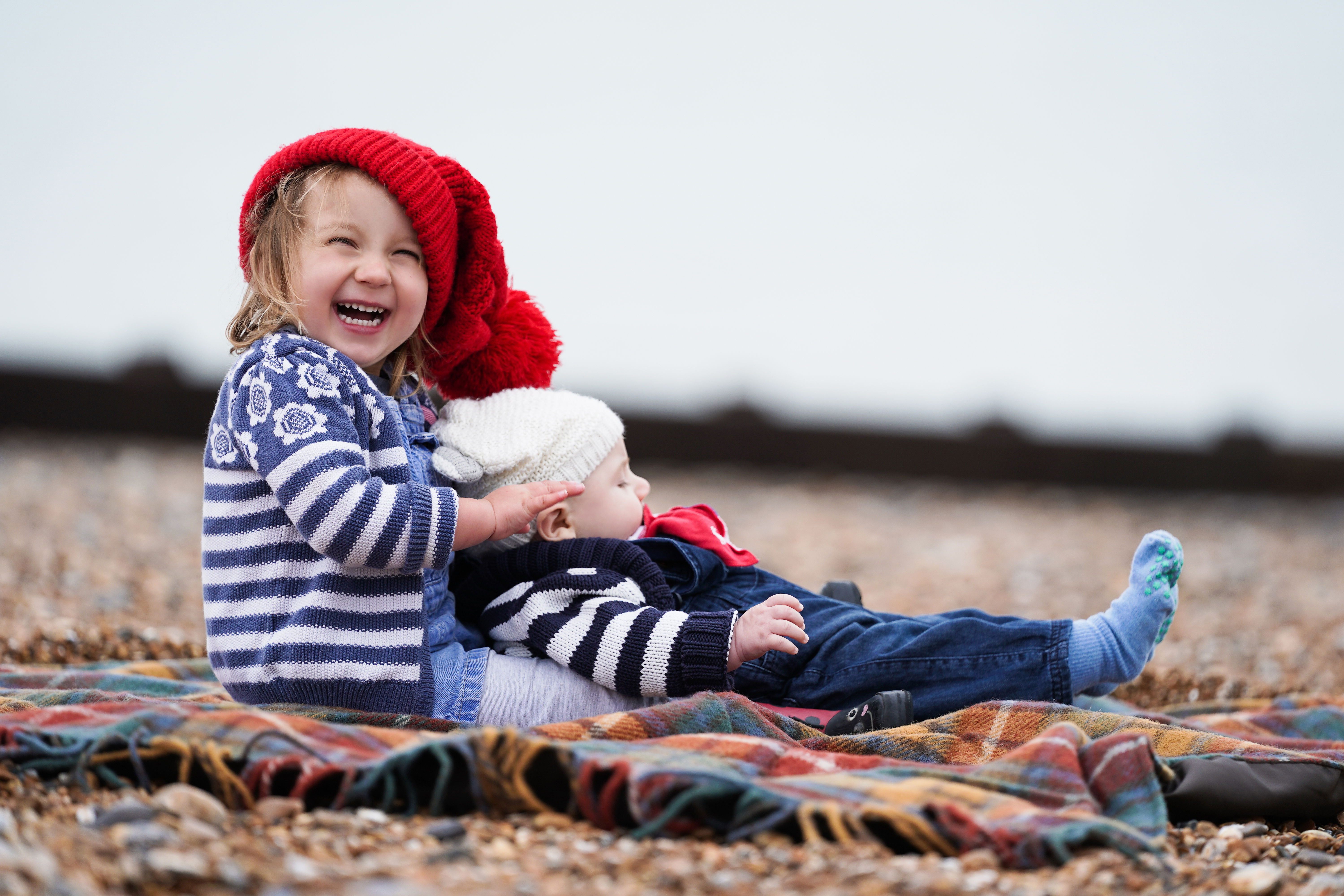 My concerns were whether I could carry a child, rather than getting pregnant, so I was devastated to be told my fertility levels were very low.

Even as a child I’d taken it for granted that one day I’d become a mum; that future felt as if it was slipping away.

I realised I had choices: either I waited to fall in love with a partner, and accepted this might mean no chance of having kids, or I tried to become a solo parent.

The idea of not even trying to have children felt heartbreaking. I spoke to friends and family and it felt like I had an army of supporters as I went through fertility treatment. 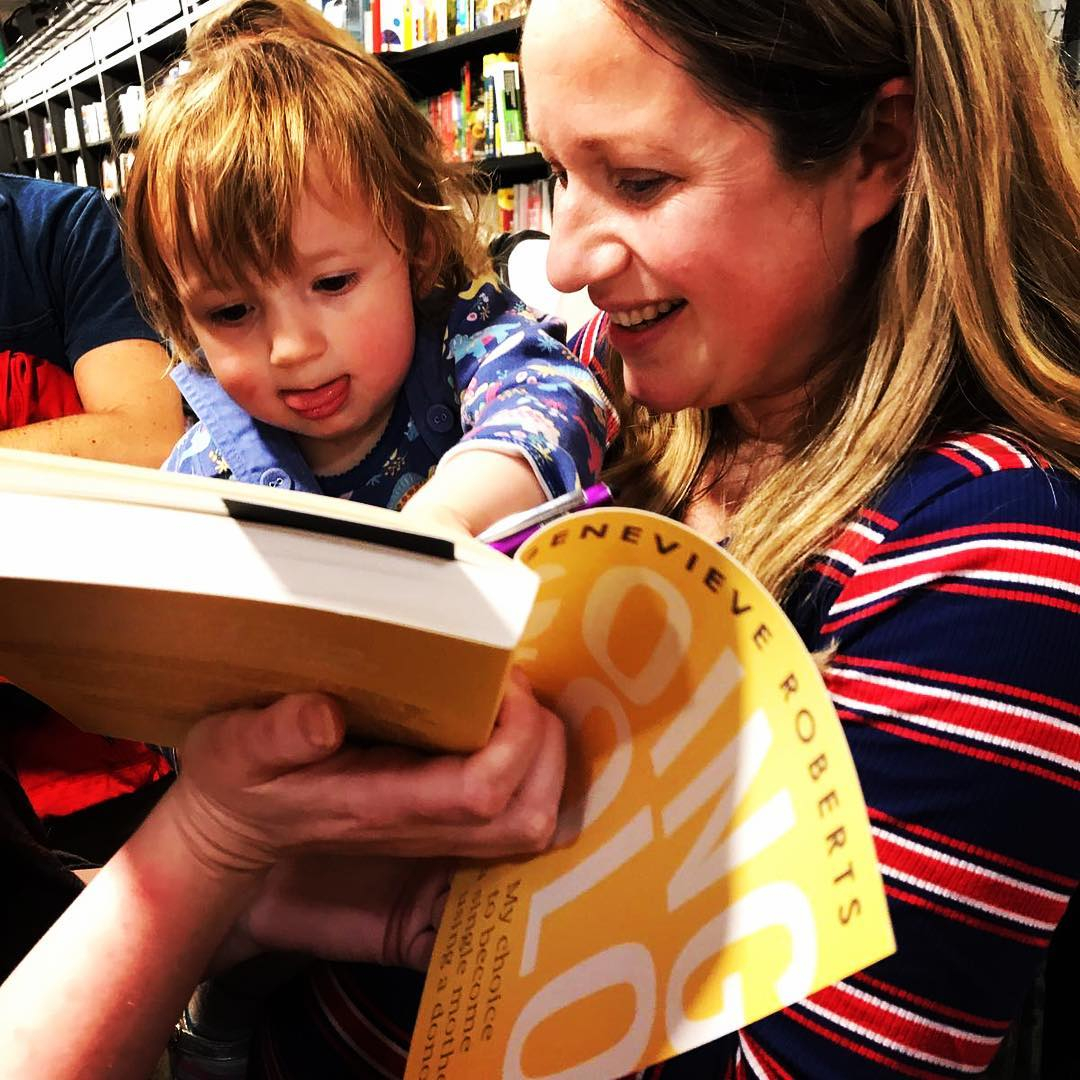 My mum’s first reaction was concern that I was choosing a hard path for myself, but when I explained to her how hard the feeling of longing to have children is, and how prepared I was to look after a child, she offered me her full support.

I didn’t qualify for IVF on the NHS. At the time there was no question of single people accessing the service where I lived, and today 48 per cent of clinical commissioning groups (CCGs) still do not give treatment to single women.

In 14 areas, women above 35 don’t get treatment, while 24 CCGs want to see a relationship that has lasted more than two years.

That means that women in Berkshire, Oxfordshire and North Staffordshire need to have met their partner by 33 to qualify for IVF fertility treatment. No pressure there then. 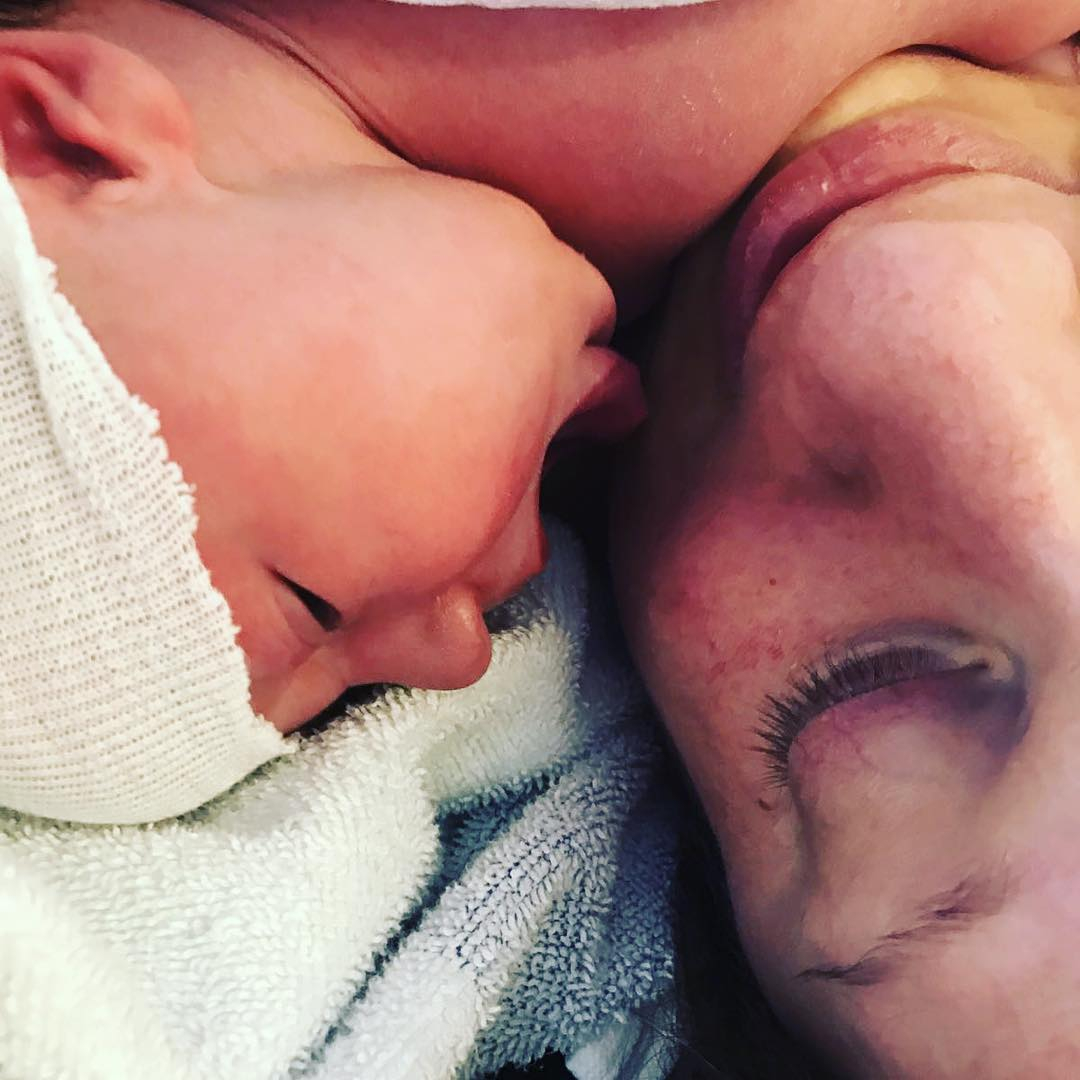 The National Institute of Clinical Excellence guidelines say a woman should be eligible for NHS-funded IVF, costing about £5,000 per cycle, if she is under 43 and has been trying to get pregnant for two years. But different CCGs make it up as they go along.

I went private. I conceived my daughter by artificial insemination, known as IUI, and my son by IVF, which is more intrusive. I had to inject myself with hormones that left me bloated, and then multiple eggs were retrieved by a consultant from my ovaries, while I was sedated.

My mum took my daughter out to play in the park while I had the procedure. When I woke up, back in a ward bed, I felt momentarily confused.

Two eggs got fertilised and the embryos were put back in me — my son is the result. 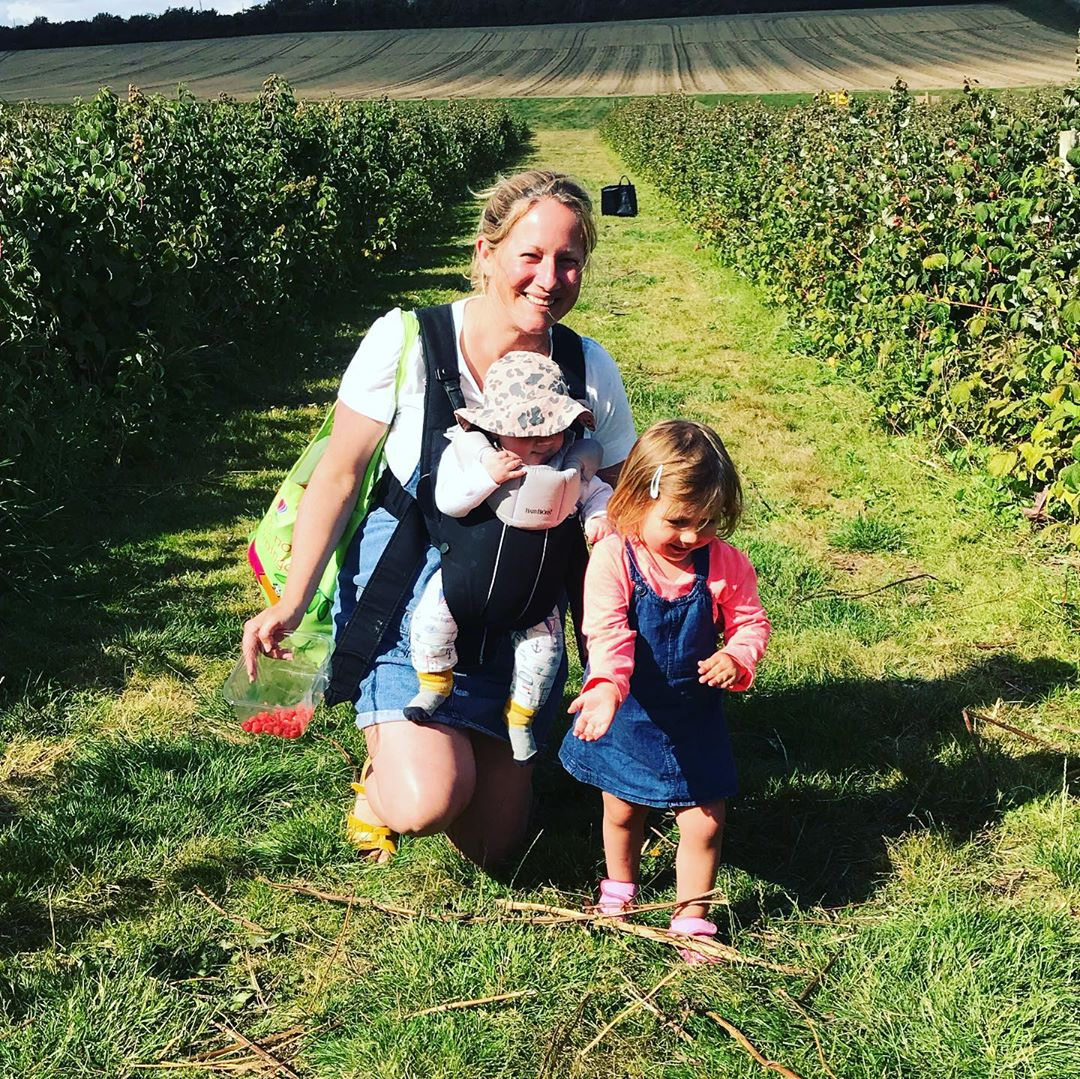 When I was pregnant with him, I found myself wishing I had more energy to play with my daughter. An imaginary partner would have looked after us both so I could have rested more, I suppose.

When I was pregnant with both my children, women a generation older than me got in touch to tell me that they wished they had been as brave as me.

I know how lucky I am — and how lucky my children are. They are rich in love, not only from me but from their family, friends and neighbours.

Watching their sibling relationship grow — a friendship that I hope will long outlast me — gives me great joy. Some things would be much easier in a couple: financially — physically and emotionally. 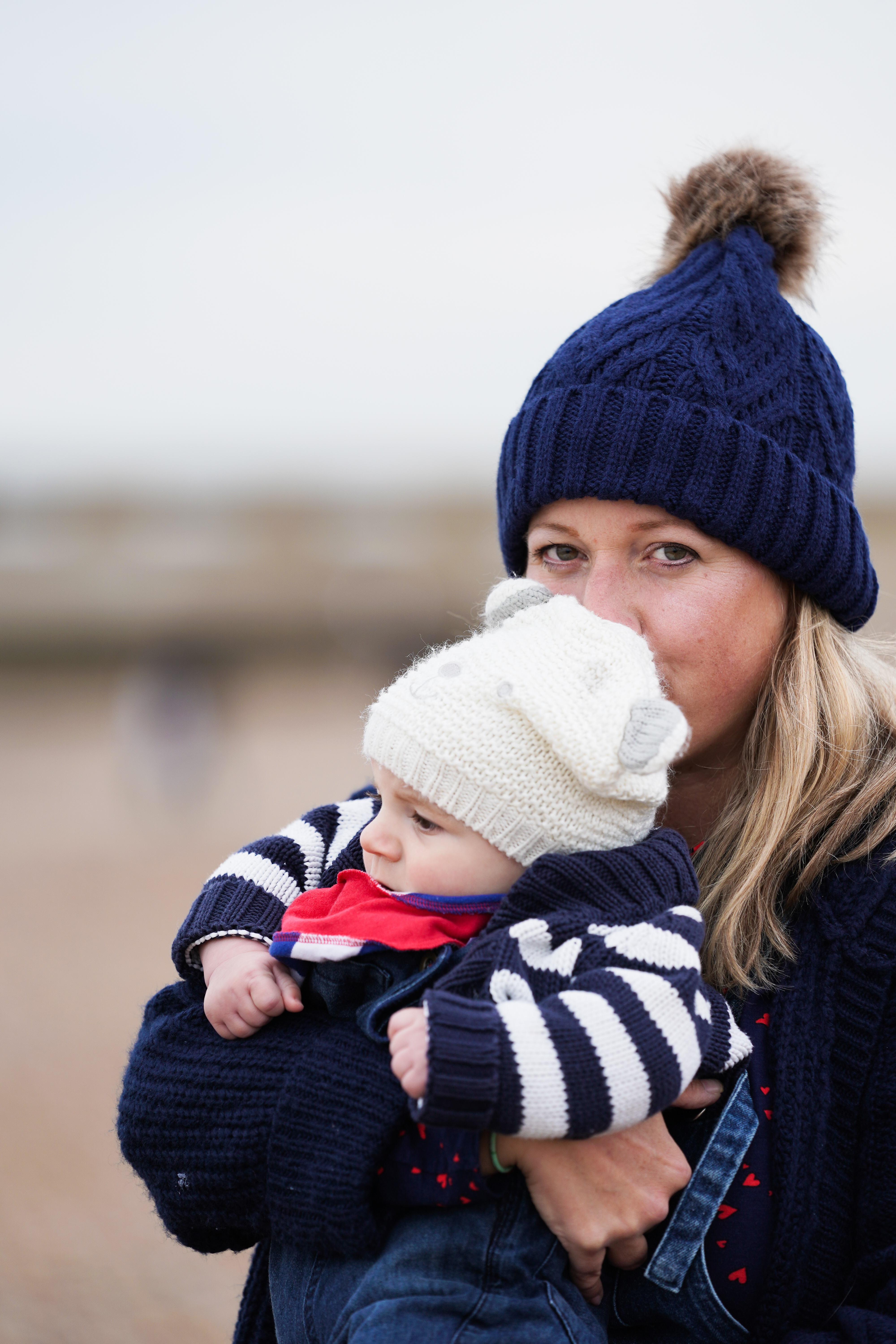 My friends and family celebrated my son’s first steps a month ago but I’d love someone to find it as funny as me that my three-year-old tells me she’s a grown-up now.

My biggest secret fear, one that creeps up when I’m overtired, is the effect on my children if I died too young. I find it hard to contemplate.

Some people think solo-parenting is selfish and I’m sure some people do make negative comments about our family, but it hasn’t happened to my face.

I’d invite them to spend time with my kids before judging. It is also worth looking at the research. 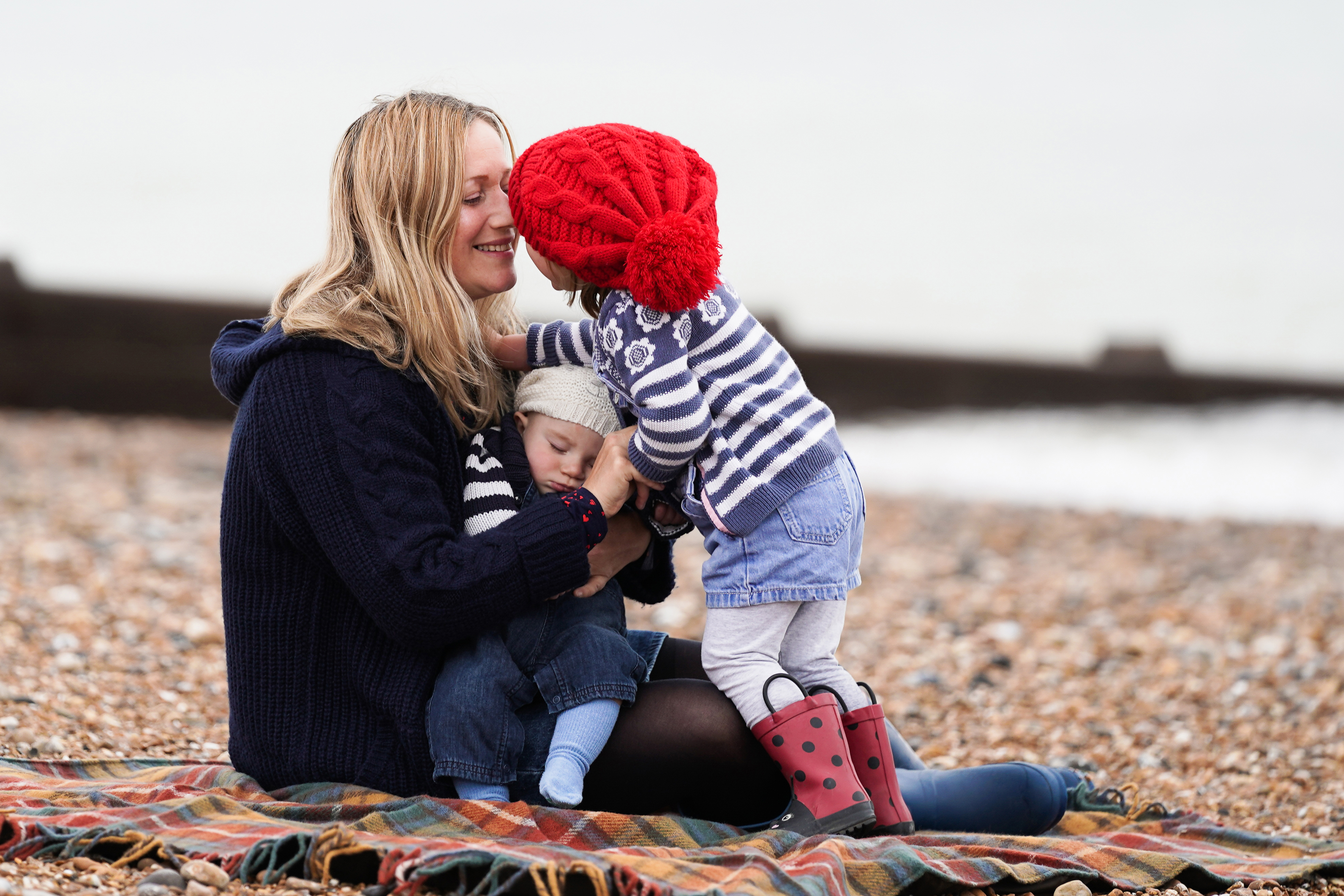 While exploring the effect of parenting alone, for my book Going Solo, I spoke to Dr Sophie Zadeh, a lecturer at University College London. She told me one thing solo mothers tend to have in common is being good parents.

“That’s probably true of all parents who use assisted reproduction methods,” she said.

This is the reality of all families who face the postcode lottery to have invasive fertility treatment: our children are so very wanted and planned. Dr Zadeh looked into whether a one-parent family is destabilising for children.

She found that unlike children of divorced parents — who can suffer because of parental conflict before, during and after their parents break up, and from a drop in financial circumstances — there is no difference between children in one-parent and two-parent families. 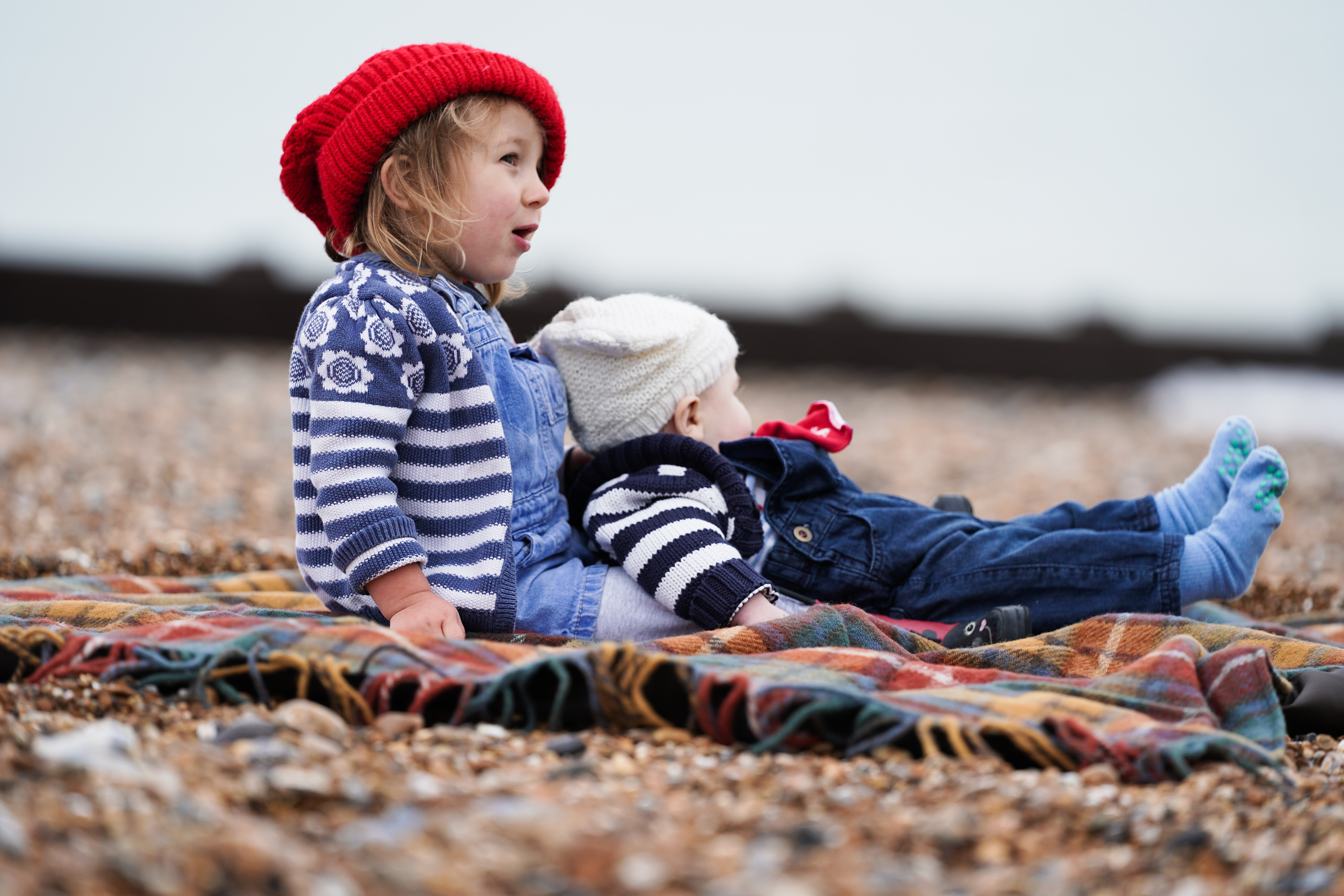 I’m sure I’ll have a partner again in the future. I’d be happy to share my life and home, but I’m doubtful about shared banking.

Yet for couples facing infertility treatment in certain places, if they don’t bank together, the NHS won’t fund their IVF. So alongside the hormone injections, egg collection and anguish of fertility problems there’s an extra hoop to jump through.

I do dream of a day when I can lie in beyond 6am, but watching my children grow, become curious about the world and start to cause mischief together is the most wonderful thing I could imagine.

I’d love to be able to give my children everything in the world, and so I do reflect on the fact I’ve not been able to give them a dad.

But I’m reassured they have strong male role models in their lives. We talk about our family a lot and I hope I’m bringing them up with the security, confidence and openness to ask questions as they grow older.

We are lucky to live in a time where women and men have freedom to choose only good relationships, because being single doesn’t affect whether or not we can create a loving and secure family. And banking has nothing to do with it.