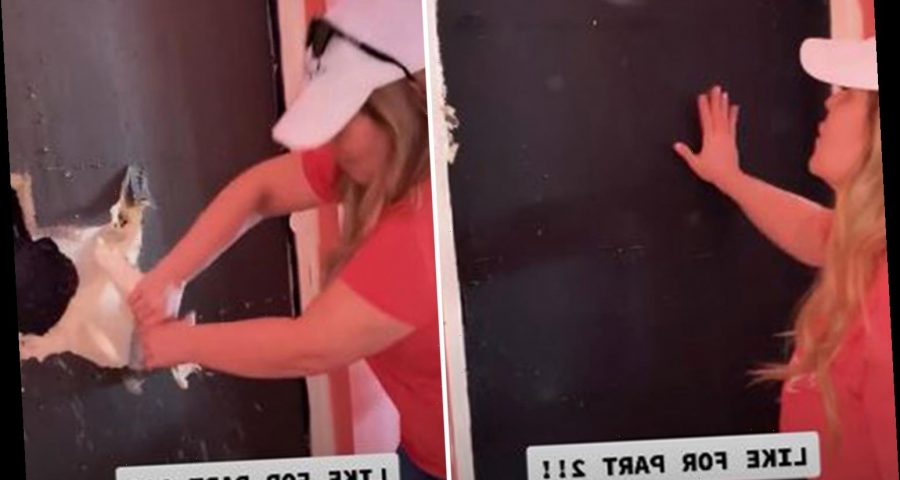 A WOMAN was left horrified after uncovering a "hidden door" behind a creepy wall in her salon.

Earlier this month, TikTok user Miranda shared a video of her mum tearing down the wall after having a scary dream about it the night before. 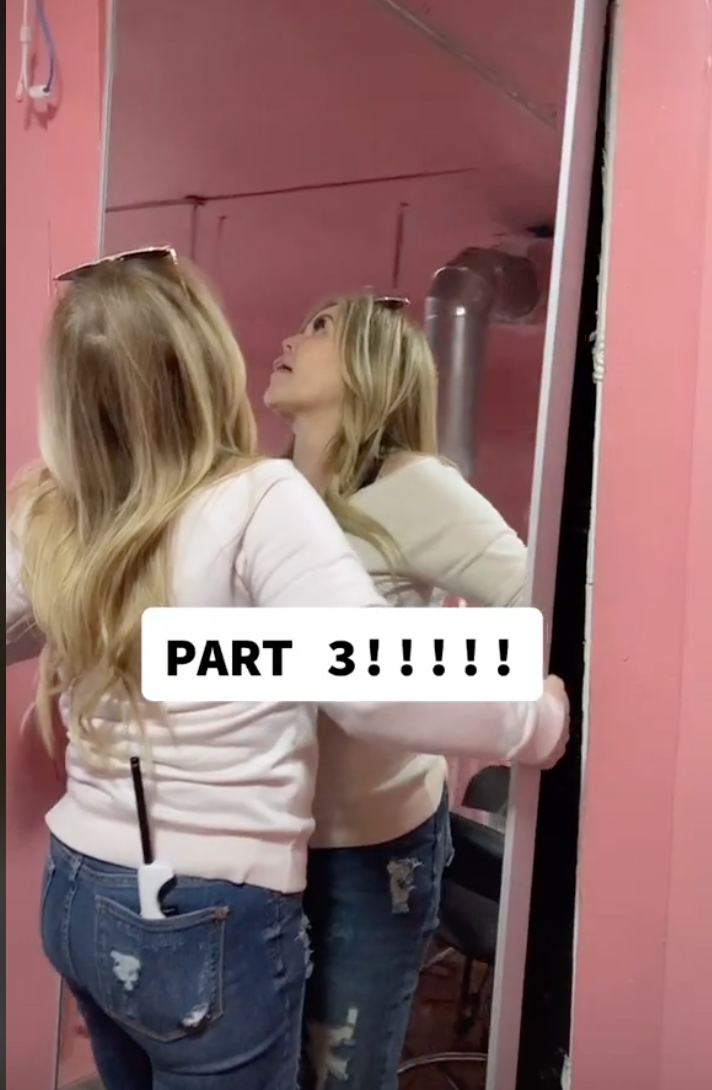 The video – which has been viewed by over 9.8 MILLION people – shows Miranda's mum removing the floor-to-ceiling mirror and ripping off pieces of styrofoam which covered up the passageway.

After finally exposing the large black door, the mum is unable to break though – despite taking a hammer to it. 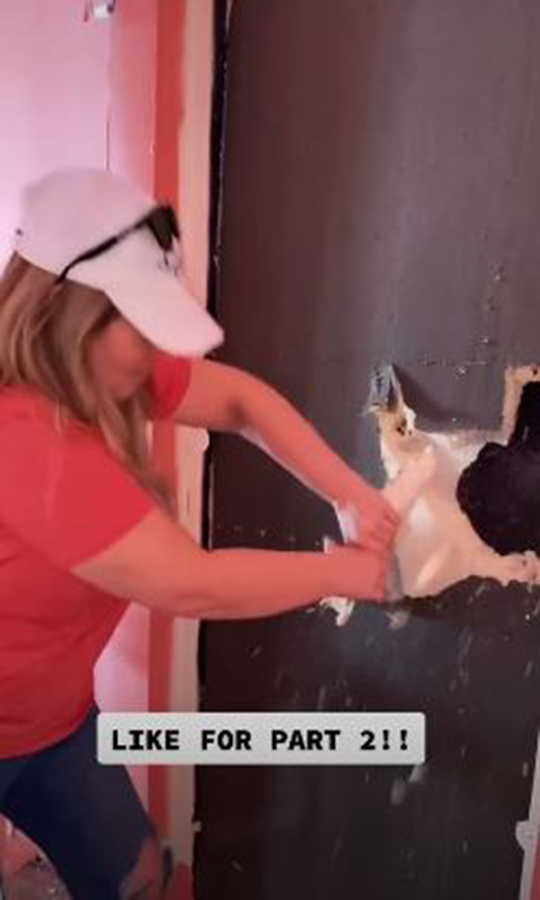 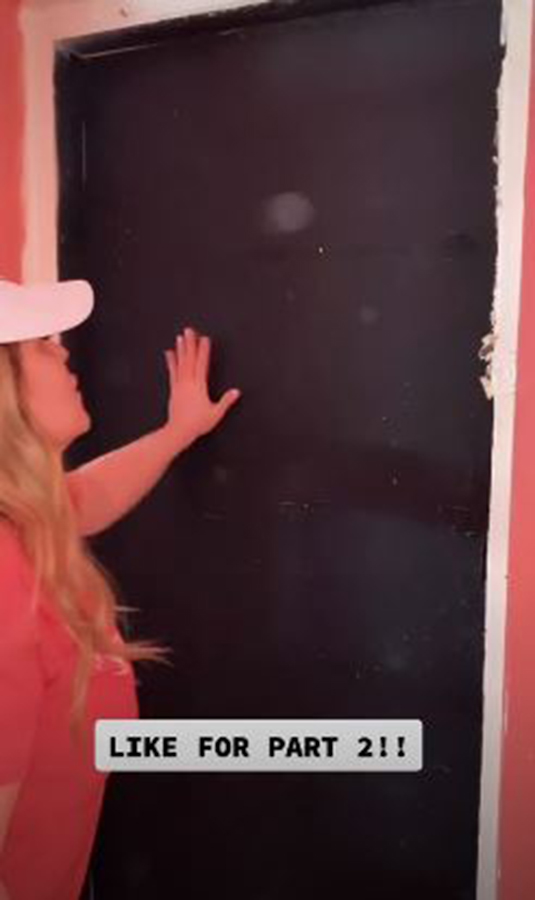 The frustrated salon owner said: "I can't get past that one…"

In a separate video, Miranda explained how her and her mum discovered that another part of the salon used to be an elevator shaft and they believe the secret door might lead to the "haunted" hotel next door.

After drilling through the mysterious door, the pair discovered there was another wall behind it.

Thousands of users commented on the video – and some said they shouldn't go rummaging around behind the "possessed" door. 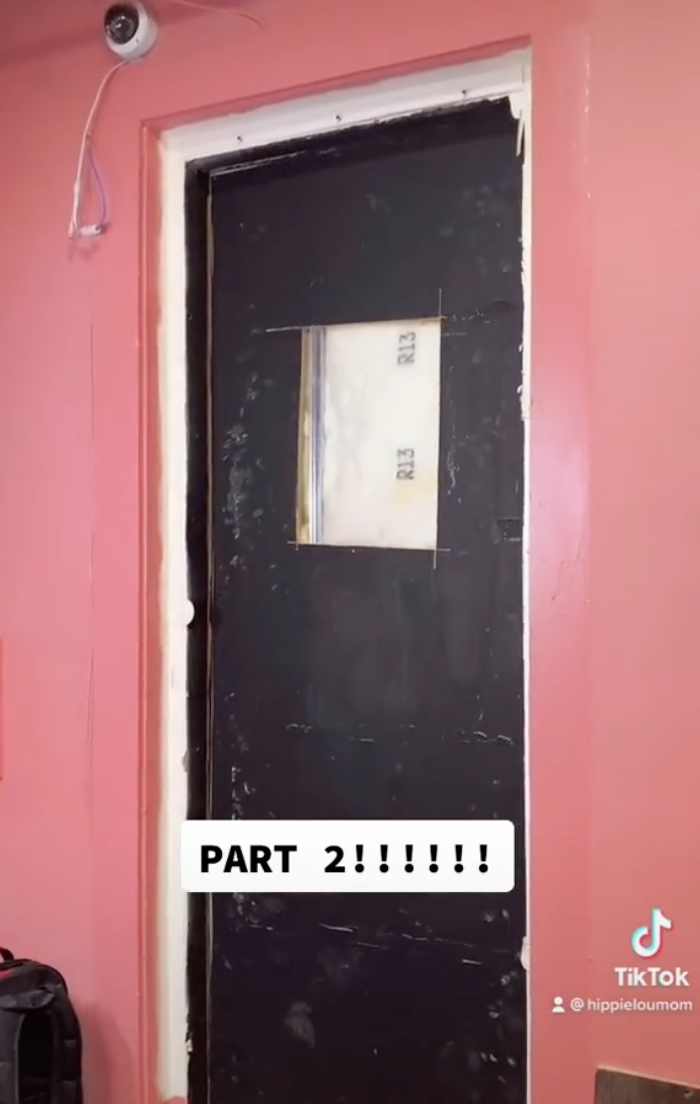 One said: "If there's a haunted hotel next door, you're probably opening the door to the underworld."

Another added: "Heck no – I would leave that door as it is."

A third wrote: "This feels like it belongs in a scary movie…"

For more viral stories, this woman was left mortified after accidentally sending X-rated video to her MUM.

And this was mum blasted for buying ‘crazy’ amount of Easter chocolate for her two kids – but do YOU think it’s too much?

Plus this couple were in hysterics after discovering ‘obscene’ 50-year-old message hiding underneath wallpaper in new home.