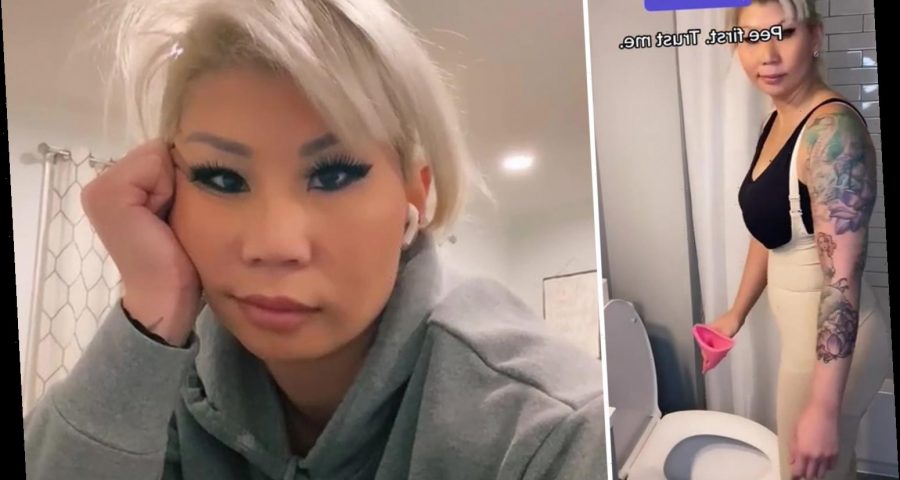 A WOMAN who underwent a risky Brazilian butt lift has documented her recovery – including having a poo for the first time.

The surgery fan, called Mary, shared both the prep and recovery of the risky procedure on TikTok – where she’s been very open about the healing process. 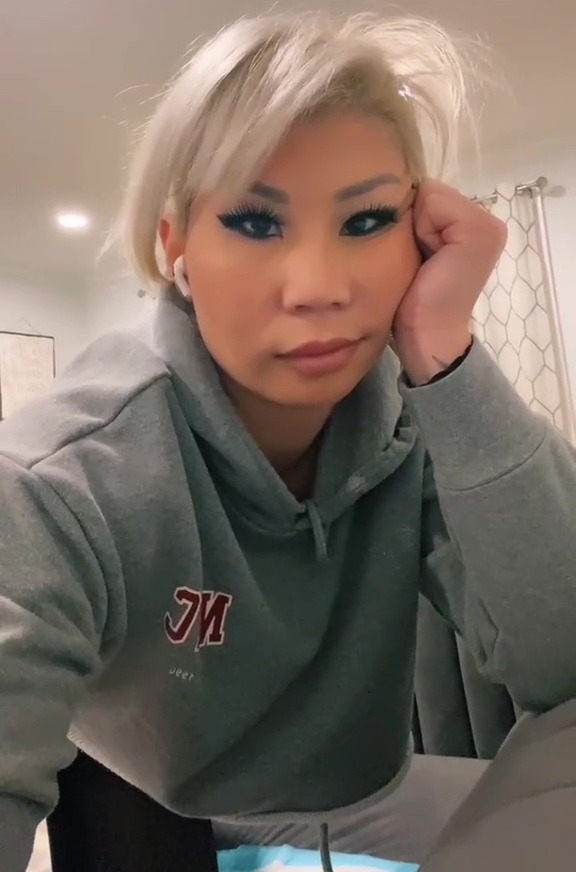 Mary shared a very honest account of using the toilet after having a BBL – after revealing she didn’t have a poo for a few days.

She said that firstly you need to take off all your clothes – including her medical shapewear – before peeing first using a funnel, saying to ‘trust her’ on that.

Finally she said: “Balance yourself against the toilet seat and something and use all of your ab / core and thigh strength to hold yourself in a ridiculously stupid squat posiiton. 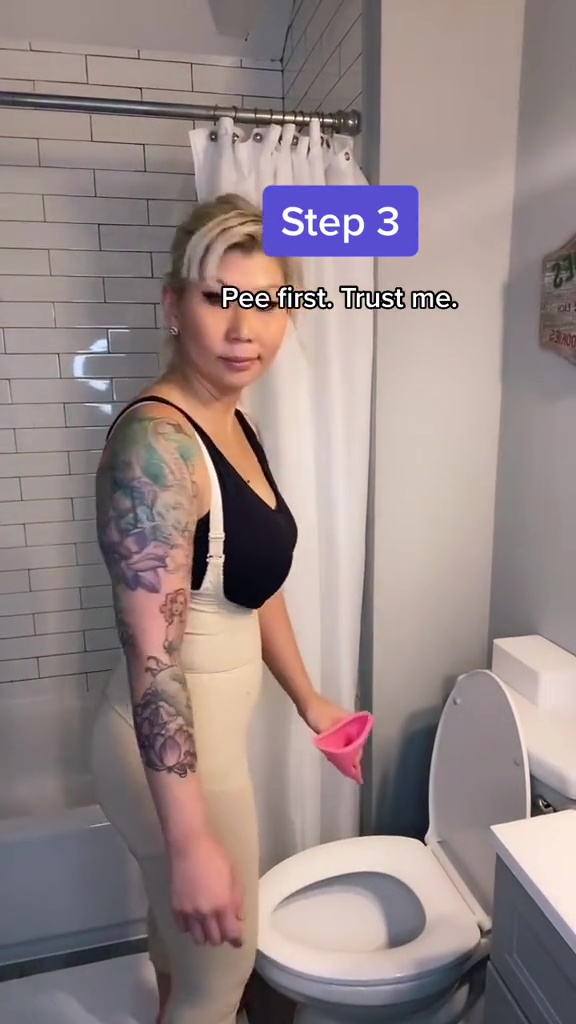 She added: “Peeing is a pain. You have to pee in a little funnel cup. So you don’t sit down.

Mary is very open about other cosmetic surgery she’s had done, owning up to botox, cool-scultping, lip fillers, veneers, a boob job, microblading and cheek fillers.

While she’s gone under the knife before, she admitted she did have concerns over getting a BBL.

Mary admitted: “I hear that BBL surgeries are the riskiest of all plastic surgeries, and they have the highest death rate. 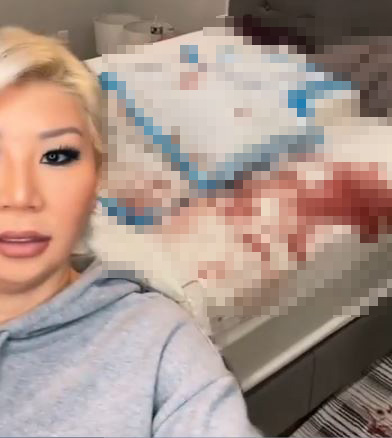 “So if I die I hope I die on the table while I’m already under.”

The surgery, which involves harvesting fat from other areas of your body and transferring it to your bottom, is known to be high risk.

Mary revealed she had fat harvested from under her arms, her stomach, hips, outer and inner thighs, knees and back, saying she put on weight in the run-up to the surgery so she had more fat for the procedure. 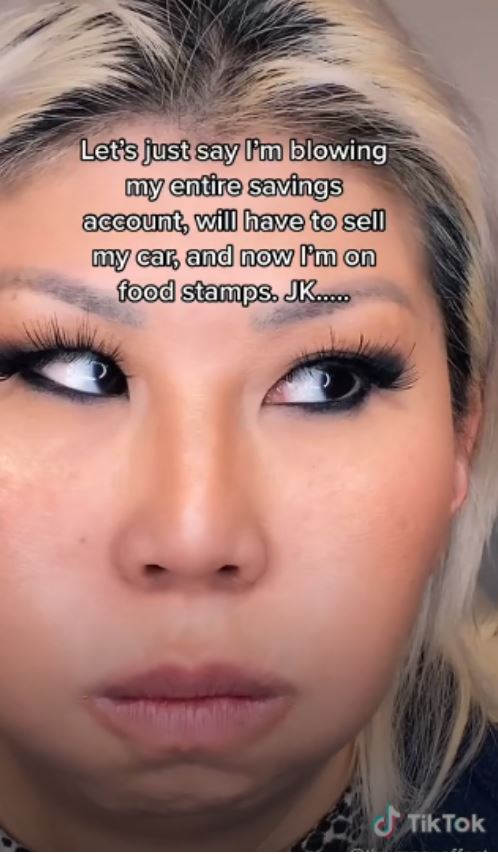 What is a Brazilian butt lift?

Without giving away an exact figure, she revealed the surgery had cost a pretty penny.

She said: "Let's just say I'm blowing my entire savings account, will have to sell my car."

And she also had to buy a host of equipment for her post-surgery journey, as she won’t be able to sit down for six weeks.

Mary's supplies included a wee funnel, reusable bed pads, pressure socks, regular pads, a back brace, a boob pillow so she can sleep on her front, as well as a bum pillow.

Just two days after the surgery, she shared a clip documenting the healing process – showing off her bed covered in blood – saying the pads were indispensable.

Mary admitted her bedroom looked like “a murder scene”. 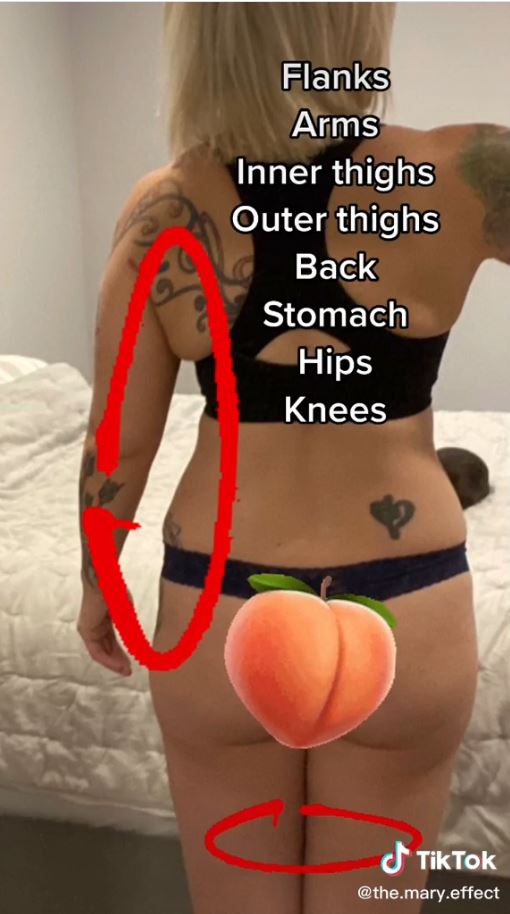 She added: “All my juices were flowing out.”

And as she showed off her bandages, she said: “So it’s Saturday, I haven’t showered since Thursday morning of the surgery.

“Every time I lift my top to just poke around and see what’s happening under here, it smells super bad.

“I’m not going to be able to shower until after my check-in appointment on Monday. 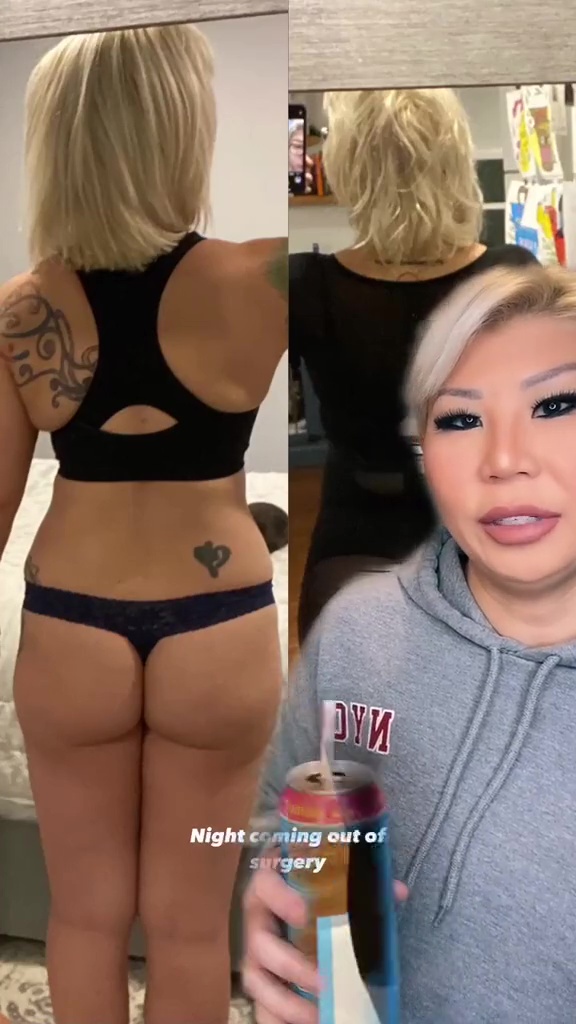 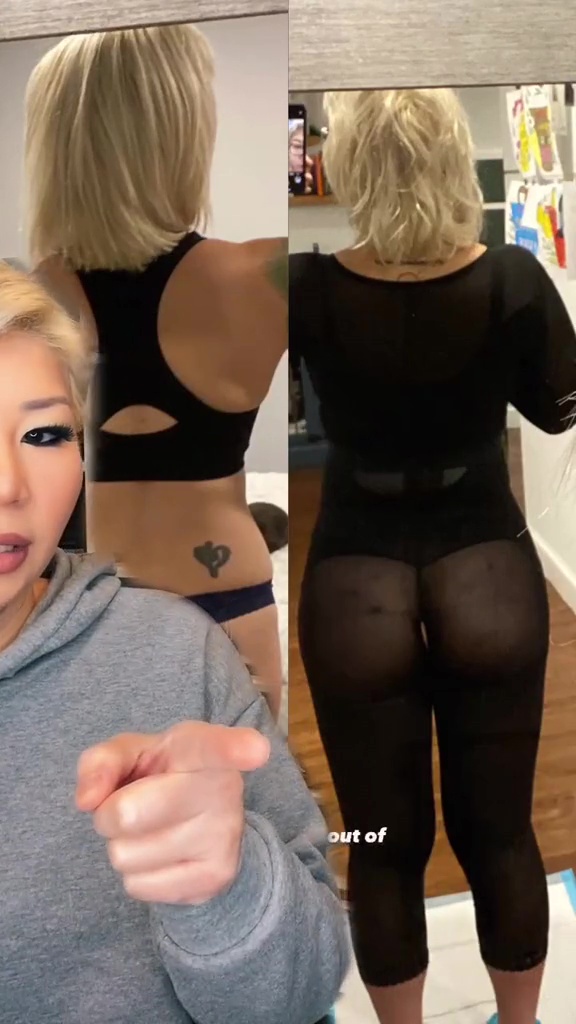 “I can barely move. Everything hurts. I can only stand, I can’t even kneel.

“Because I can’t sit on my butt at all, but my knees hurt from being lipo’d, so I can’t kneel either.”

On the third day Mary said she could finally bend, but she admitted: “It hurts to bend anything because the suit is to tight, it’s literally like being in shrink wrap.

“It’s starting to get itchy. I can feel the little incision parts that feel like hardened toothpaste. 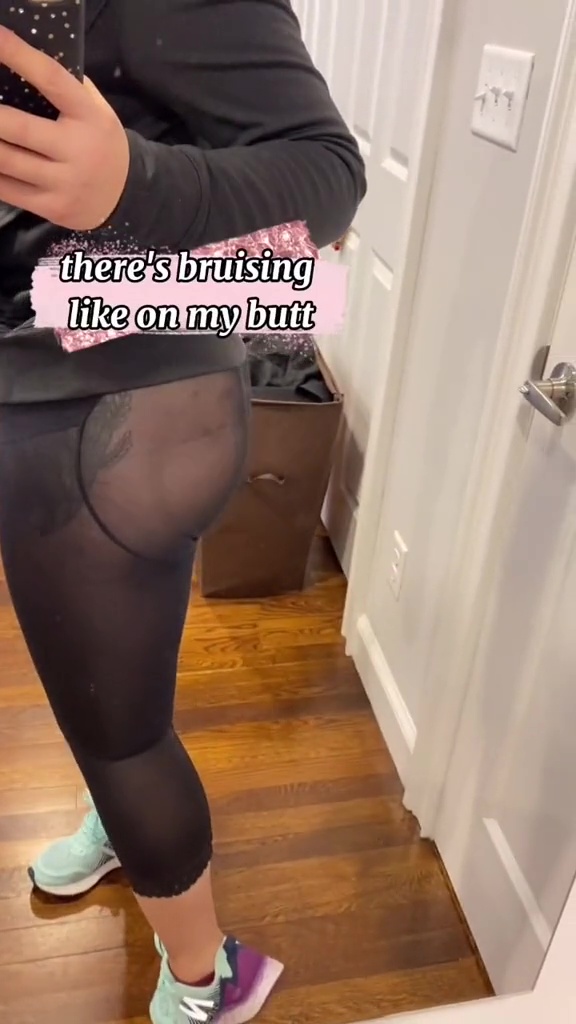 “I’m starting to find the spots of where the little incision cuts are at. It constantly feels like you’re leaking inside of the suit.

“It’s like sitting in a skintight wet bathing suit, you could just feel it sloshing around.”

Mary also said her hands and face swelled up so much she thought she was having an ‘anaphylactic reaction’.

She's continuing to share clips of her post-surgery journey, admitting the final result won't be known for at least six months. 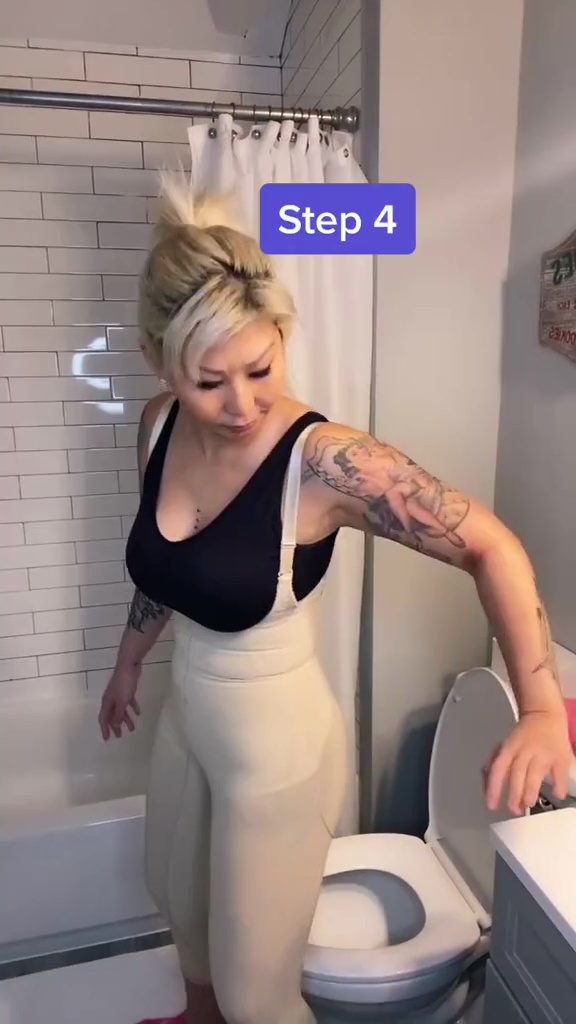 And Bianca Gascoigne said her boob jobs and Brazilian butt lift put her life in danger.