HAVING standards is not a bad thing when it comes to dating.

That's why YouTuber and podcast host Brooke Miccio shared her long list of rules for a first date because she knows what she wants. 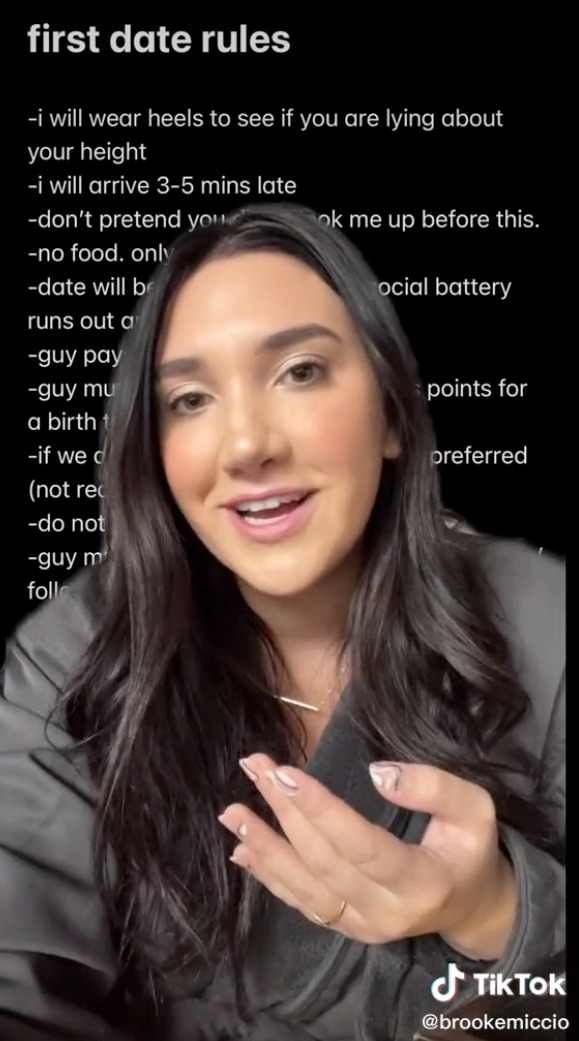 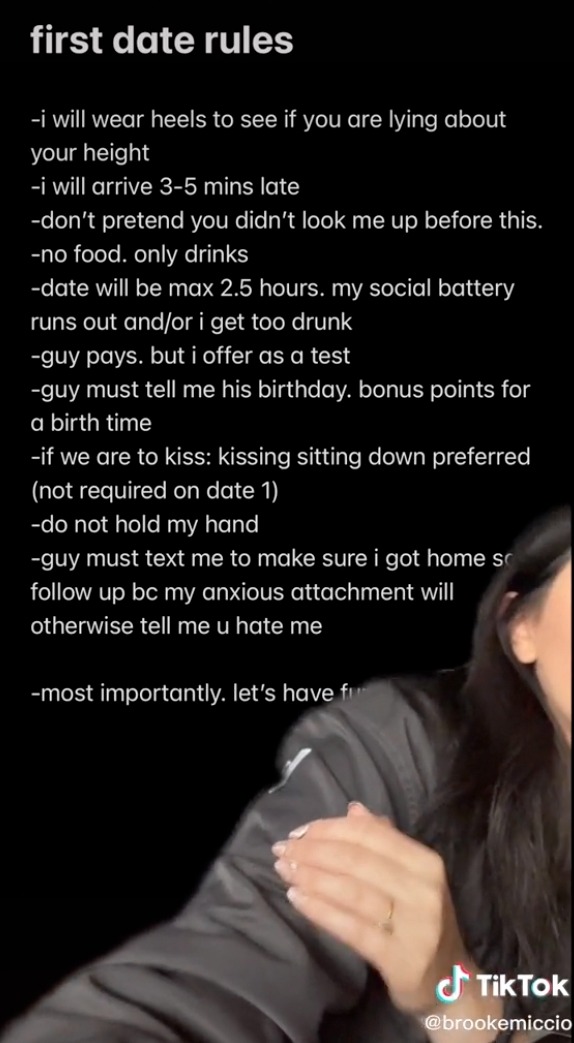 Taking to TikTok, the self-proclaimed "seasoned pro at first dates" said: "I have the routine down now so here are my rules.

"I'm going to wear heels to see if you're lying about your height because every man on every dating app adds a few inches, which is fine but I am 5'7 so it's just embarrassing if I show up in two-inch heels and we're the same height. Like you're lying about something, so just be honest," she began.

"I'm going to arrive from like three to five minutes late because I want you to already be sitting down and have the table, or tell me exactly when I'm meeting you," she said.

"Because I just think it's awkward when I'm waiting for you. But I won't be crazy late."

"Don't pretend like you haven't looked me up before," Miccio said cheekily.

"I keep my profiles very ambiguous like you're going to look me up and have no idea you looked me up. Just say it! I already looked you up and I'd rather you do it too so you know I'm not a serial killer."

"Only drinks because like what if we don't vibe, then we're stuck at a meal," she revealed.

"It's good to linger but 2.5 hours max is our time limit. Like my social battery runs out and any more than that, I'll get drunk and it's messy," the podcast host claimed.

"If you're courting a woman, the guy has to pay. I'm going to offer, obviously, but it's a test," she said.

"If we are to kiss, this is interesting because I'm not a huge fan of kissing on the first date, but if we vibe, we vibing," Miccio said.

"Honestly, the most ideal situation would be sitting down somewhere where we go back to someone's apartment where we casually kiss. But sitting down is better, even if it's at a bench."

"There's nothing more that I hate than having my hand held. I don't like it, don't try to hold my hand," she warned.

"And lastly, the guy must text me after to make sure I got home safe. Otherwise, I'm going to think you hated me and didn't have a good time," Miccio pleaded.

"Also, it's the polite thing – like you're sending a lady out in the streets, check up on her!"

"And most importantly, we're just going to have fun," she said.

Similarly, another TikTok woman claimed she had a new rule that she would not get ready for a date unless the guy checked in on her two hours before.

"Usually, I would start getting ready or at least thinking about getting ready but one too many times, I've either been ghosted or canceled on at the very last minute AFTER getting ready and it's the most annoying thing.

"So, this is what I'll be looking like while we wait."

The self-proclaimed forever single woman then proceeded to prep her dinner at 7:15 pm and eat 15 minutes later, still not having heard from her date.

Ultimately, at 8:00 pm, she then filmed herself eating ice cream, revealing: "He canceled." 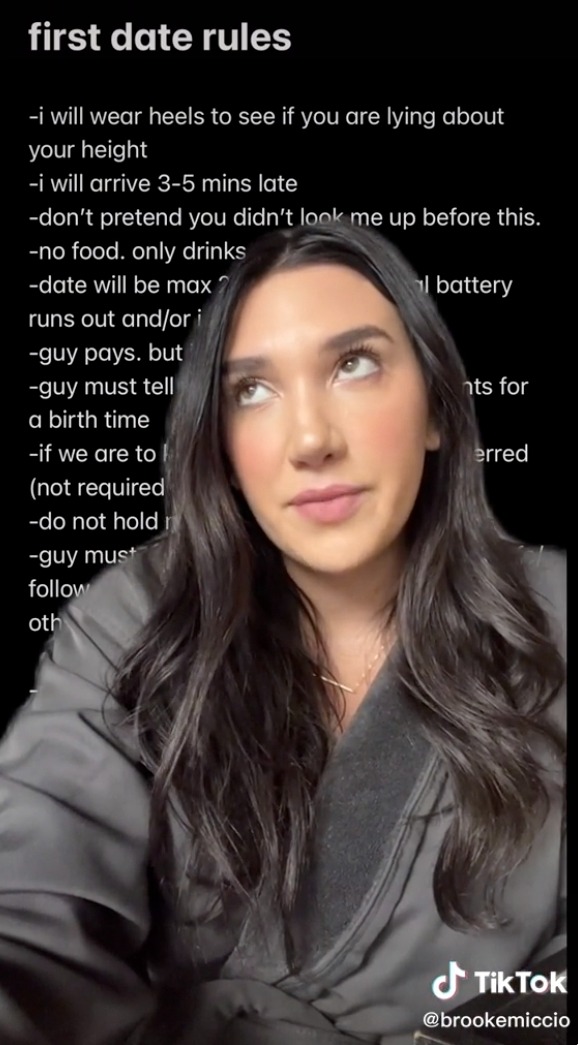