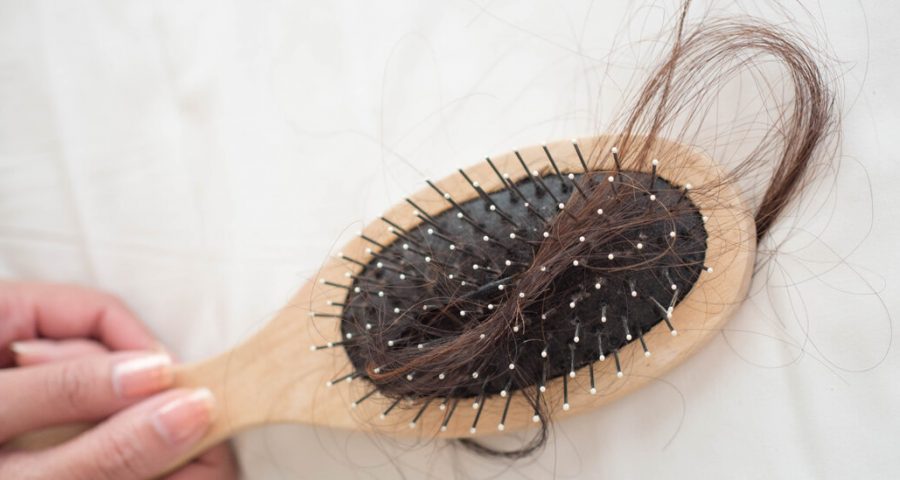 With every month that passed in 2020, Samantha Hill’s part seemed to widen, the increasingly bald stripe of skin a representation of what she calls “a four-part terrible play” in her life. Reeling from the death of her father in January, Ms. Hill, a 29-year-old freelance photographer, had barely adjusted to her new normal when the pandemic hit and further upended her life.

After the death of a friend in June, when her hair appeared to thin even more, she created a folder on her phone titled Hairgate, featuring every selfie she’d taken in the last four years.

“I was trying to figure out where it all went wrong,” said Ms. Hill, who lives in the Williamsburg section of Brooklyn.

It’s a quandary many people, particularly women, have agonized over in recent months, as their brushes and shower drains filled with tangles of hair. Google searches for hair loss increased by 8 percent in the last 12 months, according to the data science firm Spate, with the topic being searched an average of more than 829,000 times a month in the United States.

The phenomenon is not all in our heads, according to experts, but is another frustrating byproduct of both immense stress and post-viral inflammation from Covid-19. Known as telogen effluvium in the medical world, temporary hair loss results from fever, illness and severe stress, pushing more hairs than normal into the shedding phase of the hair growth life cycle.

Although hair loss tends to be associated with men because of the prevalence of male-pattern baldness, telogen effluvium is more common among women, who often experience it after childbirth.

“Any type of severe stress can trigger it, whether it’s stress on your body from illness or emotional stress such as the death of a loved one,” said Dr. Abigail Cline, a dermatologist at New York Medical College who has conducted research on pandemic-related hair loss. “Even though not everyone has been infected with Covid-19, we’re all living with it.”

For those who have had the virus, hair loss has become a common symptom of the recovery process, usually occurring three to four months after getting sick but sometimes experienced sooner. Dr. Jerry Shapiro, a dermatologist at NYU Langone Health who specializes in hair loss, said that while a healthy head of hair usually includes 90 percent antigen, or growing, hairs and 10 percent telogen, or resting, hairs, that ratio can shift up to 50-50 after experiencing a high fever or flulike illness.

For Misty Gant, a 35-year-old wellness coach living on the Lower East Side, the change happened fast. After being infected in March, Ms. Gant started losing handfuls of her long red hair in the shower and began to notice balding at her temples a few weeks after recovering.

“It was really hard because my hair is important to me — it’s part of my identity,” she said, noting that before it thinned, it was her most complimented feature.

Ms. Gant, who regularly dives into health and wellness research for clients, soon landed in forums full of people who had gone through similar post-Covid-19 hair loss. After doctors confirmed her suspicion that she was suffering from a post-viral inflammatory response, she readied an arsenal of holistic remedies to try to fix it.

Her first point of attack was an anti-inflammatory diet that cut out sugar, gluten, dairy and alcohol and incorporated colorful fruits and vegetables, oily fish and healthy fats like avocados and nuts. She kick-started a new supplement routine of Omega 3-6-9, turmeric with fenugreek, evening primrose oil and two tablespoons of aloe juice a day, a combination she believes to be anti-inflammatory and lubricating for the skin and hair.

She began giving herself daily scalp massages using Bumble and Bumble Tonic Primer, which includes rosemary oil, an ingredient that some studies have found to encourage hair growth. Two days a week she doused her hair in a mixture of coconut oil and pure rosemary oil and left it in for 24 hours. Though not a quick fix, it seemed to pay off: She now has tufts of baby hair growing in at her temples.

“I try to do everything the natural way, and as a wellness practitioner, I know that things take time,” Ms. Gant said.

Although it can still take months to see a significant difference, many people have had similar results from a combination of supplements, thickening shampoos and illusion-creating haircuts.

After her husband noticed a few bald spots on the back of her head early in the pandemic, Martyna Szabadi, a 34-year-old business consultant who hasn’t had Covid-19, experimented with products said to promote hair growth, including various scalp scrubs, a hair serum from the Ordinary and a daily drink of flax seed water. Nothing helped until she began using RevitaLash Thickening Shampoo and Conditioner and taking four capsules of Nutrafol core supplement for women.

“After half a year of this combination, I finally have the hair issue under control,” Ms. Szabadi said.

Let Us Help You Better Understand the Coronavirus