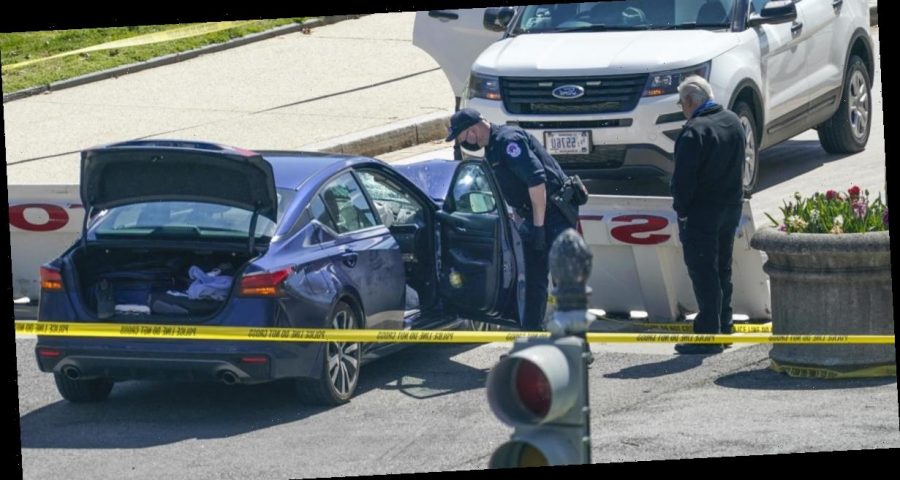 One U.S. Capitol Police officer was killed and another injured when a man rammed a vehicle into them at a barricade outside the Capitol building on Friday. The suspect was shot by police after got out of the car and lunged at officers. He died later at a nearby hospital.

Officer William “Billy” Evans, an 18-year veteran of the police force, was identified as the officer killed on Friday. The Capitol Police said the other officer was in stable condition with non-life-threatening injuries.

Law enforcement sources told CBS News the suspect was identified as 25-year-old Noah R. Green, of Indiana, who had not been on law enforcement’s radar.

Green, an African American man, was not on any watch lists and appeared to have acted alone, according to a federal law enforcement official and a Capitol Hill source.

Police said Green rammed his car into the officers at 1:02 p.m. and then exited the car and lunged at them. The officers then fired at the suspect, Capitol Police Acting Chief Yogananda Pittman said at a news conference Friday. Multiple sources said one of the officers was stabbed in the face, but it was unclear which officer was stabbed.

Shortly after 1 p.m., Capitol Police sent an initial alert to congressional staffers, warning them of an “external security threat.” Within about an hour and a half, police sent another alert saying the threat had been “neutralized.”

In a statement, President Biden said he and first lady Jill Biden “were heartbroken” to learn of the attack, adding that he was receiving briefings on the incident from his homeland security adviser. Mr. Biden, who was at Camp David for the weekend, ordered the flags at the White House to be lowered to half staff. 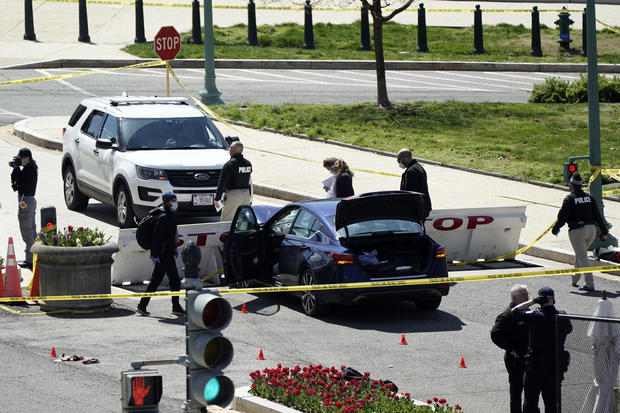 The incident came nearly three months after rioters overran the U.S. Capitol in a deadly attack on January 6. The riot resulted in the deaths of five people, including Capitol Police Officer Brian Sicknick. Two Capitol Police officers also died by suicide after the attack, and dozens of officers were injured.

The union representing the officers called Friday’s attack “a tragic situation that adds to a very difficult year for our membership.”

The barricade where the incident occurred is a checkpoint on the Senate side of the Capitol. It was put in place after the 9/11 terrorist attacks to protect the Capitol from potential car bombings, noted Congressman Tim Ryan, who chairs the committee that oversees the Capitol Police.

There were fewer people than normal at the Capitol on Friday as Congress is in recess; most lawmakers are in their home states. Other congressional staff, as well as reporters and police, were in their offices.