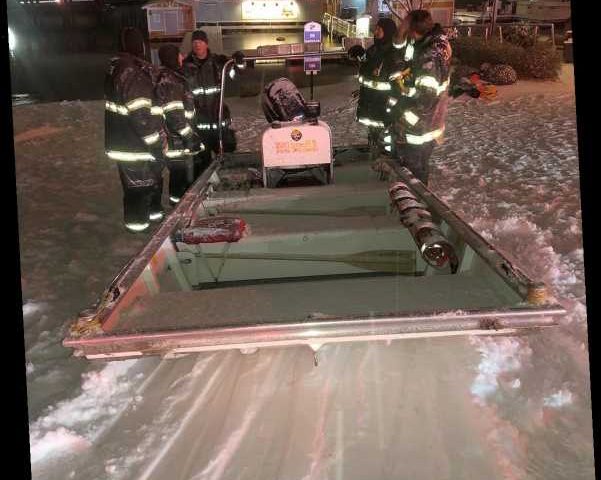 A dozen people in boats were saved by rescue crews Wednesday night after extreme winter weather caused a dock collapse outside of Nashville, authorities said.

Crews responded to a water structure collapse with multiple people trapped at Blue Turtle Bay Marina in Old Hickory around 8:30 p.m., the Nashville Fire Department said in a statement.

Upon arrival, they found the 100-yard boat dock in the water, and were unable to access it by foot.

Three different boats, as well as divers from the Office of Emergency Management, activated a water rescue, and were able to rescue the 12 people.

"The boat crews found 12 people in various boats that were sinking and/or taking on water," the statement said. "Crews were able to transfer them from the damaged boats to a rescue boat and then to safety."

All 12 people were assessed on the scene by medical crews once they got to shore, and no one was injured, authorities said.

Crews later conducted a secondary search to ensure everyone was safe, and they determined that all people involved were rescued and accounted for.

The docks are designed to be able to move with the water, but in this case, it was jammed by ice and snow amid the winter storm, which caused it to sink and collapse, according to ABC affiliate WKRN. The outlet reported that the boats involved in Wednesday's incident were houseboats.

A second dock on Old Hickory Lake collapsed on Thursday morning, though most boat owners on the marina had already moved their boats elsewhere, according to The Tennessean.

"NFD and OEM wants to remind boaters that operating boats during inclement weather conditions can be extremely dangerous," the fire department's statement said. "Like the roadways, the recommendation is that boaters stay out of the water until weather conditions improve. Accidents risk boater's life and property, but also endanger the personnel that respond to these types of incidents."