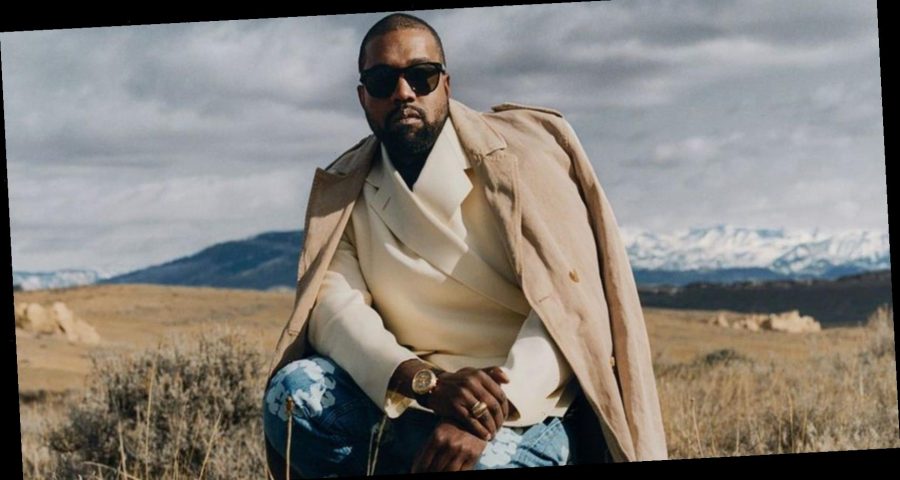 Kanye West is one of the most well-known rappers in the music world, and has become as famous for his music as he is for his interesting behavior and high-powered investments. His Yeezy brand has achieved worldwide acclaim and the highly coveted sneakers form an integral part of the shoe collections belonging to the rich and famous. Kanye’s contributions to the world of music and fashion have catapulted him to the jaw dropping net worth of $6.6 billion, and he’s not shy about flaunting every bit of that wealth by putting his luxurious lifestyle on full display. He has diversified his talents and makes money through various income streams, leaving him with the total freedom to spend his $6.6 billion fortune freely and lavishly, without a care in the world.

Timothy Sykes reports that with far more money in his account than he could ever reasonably spend in a lifetime, here is the story of how this famous rapper and controversial figure earns, and spends, his multi-billion dollar fortune:

With massive hits under his belt, such as Runaway, Flashing Lights, Gold Digger, Heartless, and Devil In A New Dress, Kanye West quickly became accustomed to banking big bucks from music sales, concert tours, and merchandise. He immediately began to invest in stocks and is said to have roughly $35 million in stocks at the moment.

As a little twist to stock ownership, Kanye West took interest of livestock ownership as well. The New York Times indicates that he has spent $2697, 050 on livestock which lives on his Wyoming property.

5 Earns: Tapping In To Rapping

Kanye West has always been artistically inclined. His musical talents are undeniable, and he threw himself into his career at a young age. After being involved in a serious car crash in 2002, his jaw was shattered and had to be wired shut, inspiring Kanye to record a song to get through the pain. Throwing himself into producing music helped him gain the perspective he needed to make a full recovery.

His debut album, The College Dropout, was a huge hit, and he began to experience fame and fortune at a fast pace.

Yeezy shoes are highly sought after by children and adults alike. The quality and design of his Yeezy shoes is out of this world, and is a true indication of his extreme talent in the world of fashion design. He has a flare for fashion, inclusive of urban wear, and haute-couture, and his Yeezy shoes embody his creativity in this realm.

Much of his wealth is actually acquired from the sales of Yeezys, in collaboration with Adidas.

The Yeezy fashion brand generates a good chunk of change for Kanye, but the shoe line is definitely the leader when it comes to reliable income. According to Forbes, the shoe line is said to have made about $1.5 billion in 2019 alone.

Perhaps the most astounding part of the Yeezy contract held by Kanye is the fact the he negotiated a 15% royalty agreement. When compared to Nike’s arrangement with Michael Jordan, which is set at 5%, it’s clear to see that his profit margin instantly soars.

CNBC reports that all Yeezy shoes seem to fly off the shelves, and that; “limited edition releases such as Yeezy Boost 350, Yeezy 950 and Yeezy Boost 700 had record sales at retail prices ranging from $300 to $585 a pair”.

Kanye West splurges on gifts for the people he loves. He has gifted Kim Kardashian an Hermes bag worth $500,000, and of course, fans can’t forget the infamous engagement ring that he purchased for Kim, and was later part of a robbery investigation.

The original cost of the 15-carat ring that was stolen, West bought Kim a 20-carat diamond ring replacement which is estimated to be worth $4.5 million. This is one of the most expensive celebrity engagement rings.

West also produces generous amounts of money when it comes time to celebrate the birthdays of his children. He gifted North with $74,000 worth of gifts when she was just 18 months old, including a $62,000 diamond tiara to play in as well.

Kanye West owns a lot of land. In fact, he takes pride in land ownership and outfits his mansions to fully represent the lavish lifestyle he wishes to lead.

Forbes reveals that in addition to purchasing many estates and properties, West reports he has also invested about $81 million in “improvements” the land he owns, each of which is worth millions.

One of his properties includes a massive mansion  in Hidden Hills, California.

This is a 15,667-square-foot home which sits on three acres of perfectly manicured and landscaped grounds. This home even has a vineyard and outdoor fountains. This property was acquired for $20 million and it underwent a $20 million facelift to make it fit for Kanye’s expensive taste. West even purchased the adjacent land to increase the value of his. It is said that this is now worth a whopping $60 million.

West also owns a ranch in Wyoming which seems to be his place of comfort. Within the walls of this expansive home, West has his very own restaurant, a private event venue, office buildings, and large open spaces and barns for the animals. There is also top notch shooting range on the premises.

Kanye West owns more than a few cars, and judging by what he has in his garage, there seems to be a pattern for his car purchases. He has an Aston Martin DB9 as well as a Maybach 57, in addition to his Lamborghini collection. Yes, collection. He owns a Lamborghini Gallardo, a Lamborghini Aventador, and a Lamborghini Urus. It is estimated that his car collection set him back roughly $3.8  million.

READ NEXT: 6 Most Influential Rappers In The World