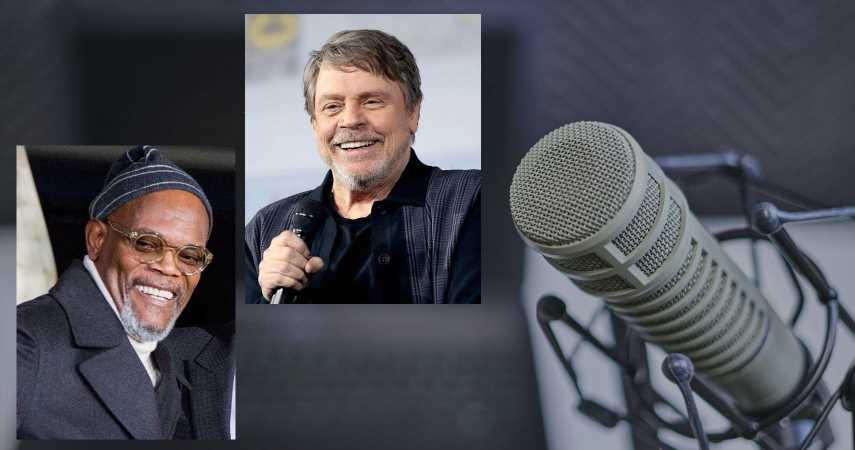 Sometimes in animated movies one character will sound so familiar that it will have everyone in the theater waiting for the credits to find out who it was.

Animated films can pay big-name Hollywood stars top dollar to voice their characters – with some celebrities earning $200K for two hours in the recording studio, and potentially upwards of $10 million for a film. Others work regularly in animation, taking more roles as a voice over artist than in front of the camera. Regardless of how often they do it, these are 9 stars we always love to hear.

Eddie Murphy has been the voice of two classic animated blockbusters – Mushu from Mulan and Donkey from Shrek.

According to Variety, Murphy and his co-stars for Shrek, Mike Myers and Cameron Diaz, deferred their salaries on the first film so they were making little more than scale, choosing instead to take a share of the box office (around $3 million each.) When it came time for the sequel though, negotiations for the stars were profitable for all three. It’s estimated that the stars made about $35K per hour.

Hollywood leading man George Clooney was the voice of the equally slick protagonist of Fantastic Mr. Fox (2009), directed by Wes Anderson. While some actors might consider one of the advantages of voice acting to be performing in the studio, Anderson brought Clooney and his co-stars Meryl Streep, Jason Schwartzman, Owen Wilson, Willem Dafoe, and Bill Murray to a farmhouse to act out the scenes live.

The Rock may sometimes be Hollywood’s highest-paid actor, thanks to starring roles in films like Netflix’s Red Notice, and Jumanji: The Next Level – but that doesn’t mean the action star can’t sometimes be the star of animated films as well. Back in 2016, he voiced the demigod Maui in Disney’s Moana, even singing songs written by Lin-Manuel Miranda.

Matthew Broderick, who has had many iconic like action roles in his life (such as in the 1986 film Ferris Bueller’s Day Off,) but one of his most famous roles is actually as Simba in The Lion King.

Even if a running joke from her breakout role in Arrested Development claims she is forgettable, Mae Whitman’s face is well known from roles in Scott Pilgrim vs the World and The Perks of Being a Wallflower – but her voice may be even more recognizable.

Whitman has played nearly 100 animated characters in animated TV shows, films, and games, including Katara in Avatar: The Last Airbender and Tinkerbell in the Disney Fairies franchise.

“My mom is a voice over artist, so I kind of grew up in that world,” Whitman shared in an interview for the Build series, “a lot of the same people work over and over and so it really becomes like a little family that you work with.”

Jackson is a fan of anime himself, and has been in several popular series over the years. As well as Afro Samurai, he can be heard as ZOG in Astro Boy and Lieutenant Karl Aker in Kite.

Like Mae Whitman, Will Arnett is well known for his onscreen role in Arrested Development as well as many other comedic roles, but he has also had a successful career voicing animated characters. He can be heard in big budget animated films like Ratatouille and Despicable Me, and starring as Batman in the Lego Movie franchise.

Arnett also has gained a devoted fanbase as the voice of the clinically depressed talking horse Bojack Horseman, in Netlfix’s adult animated series.

The Broadway superstar is beloved by kids around the world for her portrayal of Elsa in the animated movie Frozen. It wasn’t her first time voice acting – she has been doing voice work since 1998, including voicing Circe in the Disney series Hercules.

Mark Hamill may be best known as Luke Skywalker, but now he does most of his work as a voice actor.

Hamill has beloved characters in Cartoon Network’s Regular Show and Time Squad, Kingdom Hearts, Castle in the Sky, and Avatar: The Last Airbender. The most iconic role he lent his voice to is probably The Joker in Batman: The Animated Series, which is frequently ranked among the best of all time.

READ NEXT: HBO Max May Reboot “Batman: The Animated Series”