Jim Bob and Michelle Duggar react to ‘Counting On’ cancellation

Cardi B channels TLC’s Left Eye, Madonna and more in new ‘Up’ video

TLC stars Loren Brovarnik and Alexei Brovarnik welcomed their second son on Aug. 16, announcing his birth on Thursday via Instagram with a series of snaps from the hospital.

“Truly a Thankful Thursday!!” Loren, 33, captioned the photos. “Babyboten has arrived, much [earlier] than expected! Due to some circumstances, he is in the NICU, but recovering well. We can’t wait to bring him home and start this next chapter as a family of 4!”

The couple shared with Us Weekly that their baby boy weighed in at “a whopping 5 pounds, 7 ounces” and measured 19 inches tall.

The couple welcomed their first son, Shai, in April 2020 — sharing with the publication that “with everything going on right now with the virus, this is the smile and light we needed” — and announced they were expecting again in March via Instagram. 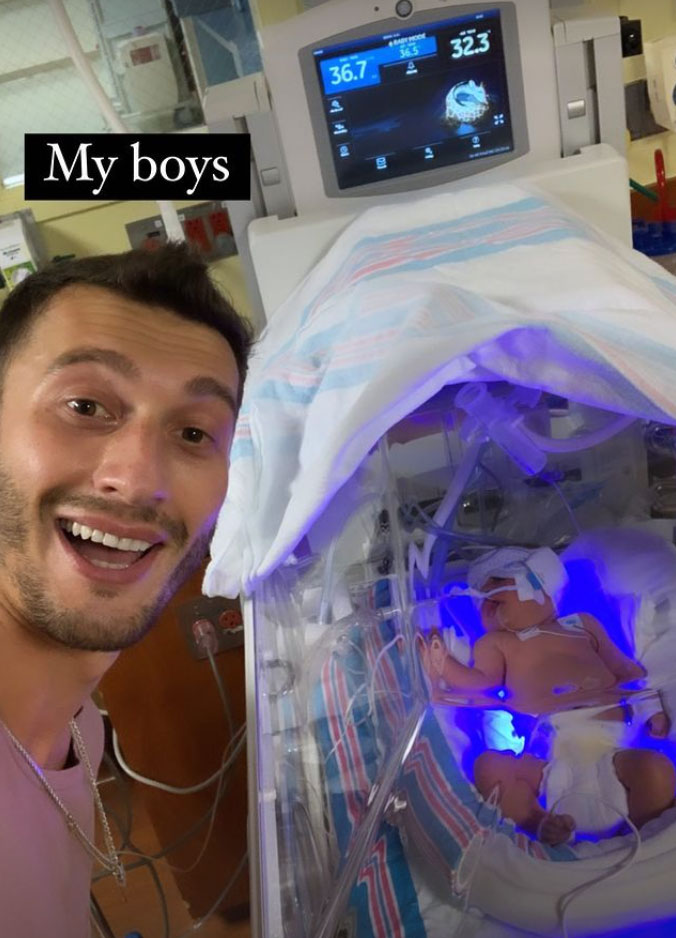 Loren captioned a shot of their family in “Proud Mama,” “Cool Dad” and “Big Brother” t-shirts, “It’s true, we are expecting Babybrov #2! We figured why not have another, and Shai is so excited to become a big brother in late summer!”

They also asked fans to help them come up with a nickname for the baby at the time.

The couple met during Loren’s Birthright trip to Israel and married in 2015.