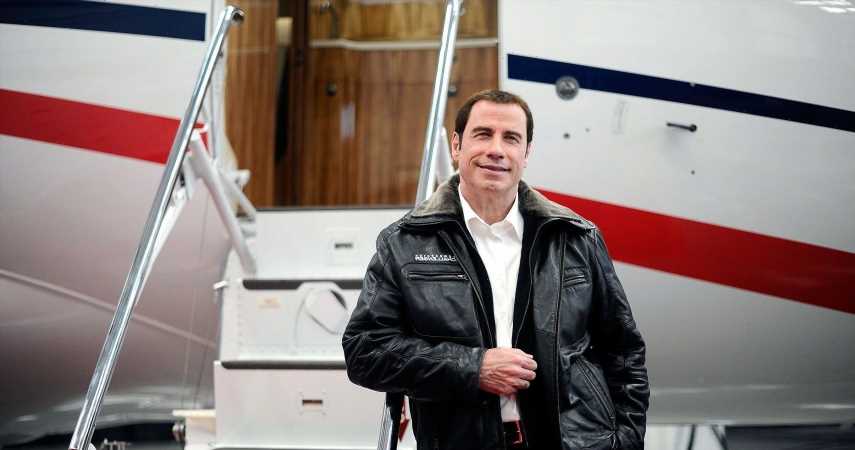 American actor, singer, producer and dancer John Travolta has had a very successful career through the years and amassed $250 million of net worth. The actor who starred in prominent films such as Grease, Pulp Fiction, and Hairspray has had successful career but experienced a downfall in career after some setbacks have impacted his career. After enjoying fame and success in the 1970s, the next decade of his life diminished as his career declined in the 1980s. Thankfully, he was able to stay alive and rise again after his film Staying Alive became a commercial success and grossed over $65 million.

Since he was able to make a successful comeback in the entertainment industry, his success continued and even now, he is among the most well-known actors in Hollywood. He is also very good with money as he was able to create a great portfolio of properties. Among these properties John Travolta owns, is his property on the private-use airport Jumbolair Aviation Estates. Take a peek inside his John Travolta’s airport mansion.

The property is located inside the private-use airport Jumbolair Aviation Estates in Florida which is situated on the Greystone Airport. The community is on the aviation land which allows the homeowners to easily land their planes which includes the Hairspray actor’s Boeing 707 airliner. The property boasts the private runway in the country. The community can effortlessly taxi up their jets to their homes. Since the John Travolta has had numerous successful movies, he was able to pay $4.9 million to own the land and has listed the property up for sale last 2019 for $10.5 million. The 550 acres of land includes a 3,600 ft runway, 7,600 sq ft mansion which used to be the mansion of horse breeder Muriel Vanderbilt, 8,700 sq ft conference center and about seventeen unsold estate that also have the same runway access.

The first people to purchase a land on the residential airpark Jumbolair Aviation Estates are John Travolta and his late wife Kelly Preston. The couple was reportedly among the first residents of the community which caters to people who desire a fly in and fly out access. They decided to buy the land in the estate because the actor is an enthusiast and also a certified private pilot. The couple currently has five aircraft and a massive 16 car garage which makes for his house to have two runways which lead directly to the main door of their house. The house was specifically designed for their jets and also to have a direct access to the world and John Travolta believes that they have succeeded to achieve that.

Chronicles Of The Jumbolair Aviation Estate

During the 1980s, Arthur Jones who is the inventor of Nautilus exercise equipment bought the land of the Vanderbilt estate which included the Vanderbilt’s 7,700 sq ft home as well as the 450 surrounding acres. Arthur Jones then proceeded to develop the site where he built the paved runway for his charter Boeing 707s and added about 88,730 sq ft of warehouse and some manufacturing complex. He also added a 400 seater banqueting hall and a space for the refuge of the African wildlife. There was a point in time where some orphaned elephants, crocodiles, and a 600 pound Gorilla named Mickey lived inside the compound.

When Jones and his late wife decided to separate ways in 1989, his wife decided to institute the Jumbolair property and made it as a fly-in community for the private jet owners which attracted the attention of John Travolta and his late wife. Initially, the property was developed for 38 homes of which 21 lots have been sold. There is an almost 1.5-mile-long main runway which costs around $6 million to build and measured about 210 feet wide which was supposedly designed just to accommodate Arthur Jones’ 747 Jumbo.

According to the Pulp Fiction actor, he cannot describe their home modern as it is really a midcentury themed home. The house Travolta shares with his late wife actress Kelly Preston is designed by Southern California based Michael James Design Team headed by Sherri James. According to the designer of the mansion, the actor had a vision of what he wants in the property and all they needed to do was to implement his ideas and turn it into reality. The house has the vintage Thunderbird located on the front drive of their residence which was designed by the architect of the house, Dana Smith.The construction of the house took time and lasted for two years however the planning of the entire estate happened on and off for about six years. The couple basically had to move into the guest quarters just so they can supervise the makings of their mansion. It has always been John Travolta’s dream to have planes parked on his front yard and he just wanted to make it happen. He wanted it like that just so he can just step out of their front door and get on the plane to get dinner wherever. This is all possible since their estate came with a 7,500 ft runway which they can utilize anytime.