When David McAllister became the artistic director of the Australian Ballet in 2001 he made a pact to "never outstay my welcome" and to make sure he had "a nice departure".

Some of his predecessors had been shown the door, but time after time McAllister's contracts were extended – until he made the big decision, announced today, that two decades at the helm would be enough. 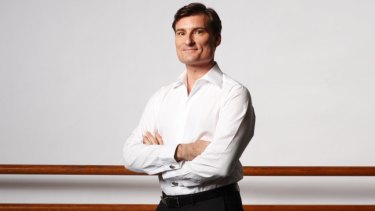 McAllister's first challenge as a director was the company's 40th anniversary gala, called Beyond 40. His first commission was Graeme Murphy's Swan Lake. Designed by Kristian Fredrikson, it became a signature ballet for the company after its premiere in 2002.

McAllister continued to commission Murphy over the next 18 years, and has worked with the support of Steven Heathcote, who became the Australian Ballet's ballet master after 20 years as a principal dancer at the company.

From the start, McAllister was seen as a safe choice; a man who would not rock the boat. He soon became an eloquent speaker, brought a sense of stability to the company and was a director who was not hidden away in his office, but out in the dance community in Australia and abroad. 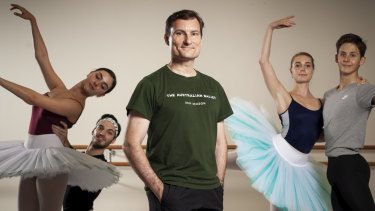 David McAllister with artists of the Australian Ballet in January this year. Credit:Eamon Gallagher

His repertoire choices are balanced between audience-pleasers of the past and new works by resident choreographers, his own production of The Sleeping Beauty, the works of acclaimed international choreographers – among them Alexei Ratmansky – co-productions with American Ballet Theatre's Harlequinade and Joffrey Ballet's Anna Karenina next year, and the introduction of Storytime Ballet for young children.

McAllister may continue to be a guest character dancer with the company, and he will always be remembered as a true man of the theatre.