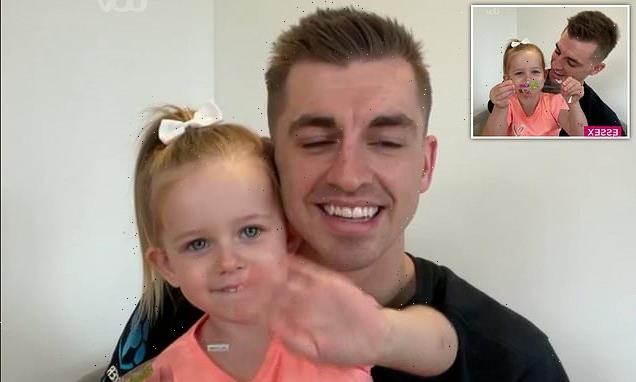 Olympic gymnast Max Whitlock’s daughter stole the show after making an appearance during his ITV interview this morning.

British gymnast Max, 28, who earlier defended his Olympic title to win gold in men’s pommel horse in Tokyo, appeared on Lorraine from his home in Essex to discuss life after returning to the UK.

But the focus of the interview soon turned to his adorable daughter Willow, two, who joined the chat with host Christine Lampard, grinning as she sat on her dad’s lap and showed off her animal stickers.

It comes after Willow crashed her dad’s interview on Good Morning Britain earlier this month by standing directly in front of the camera while grinning at her dad, before doing a cartwheel and throwing a blanket at her mum. 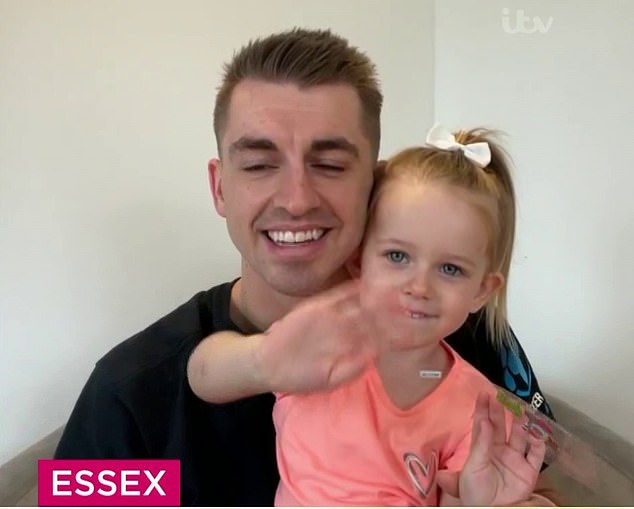 Olympic gymnast Max Whitlock’s daughter Willow, two, stole the show after making an appearance during his ITV interview this morning 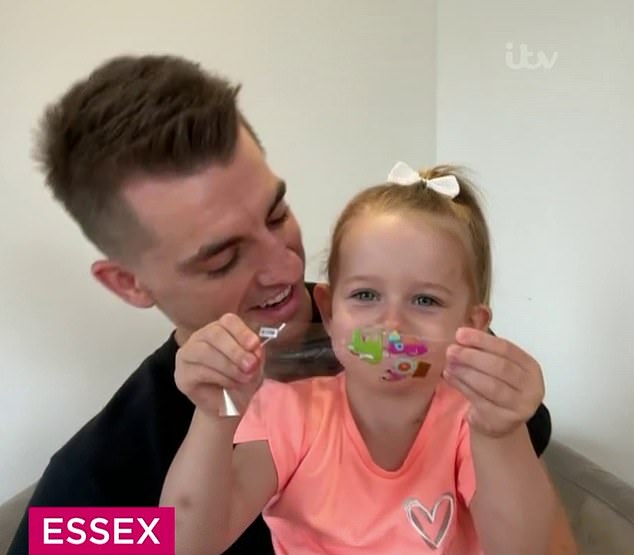 British gymnast Max, 28, appeared on Lorraine from his home in Essex to discuss life after returning from Tokyo but the focus of the interview soon turned to his adorable daughter

When asked if Willow is following in his footsteps when it comes to gymnastics, Max said: ‘She absolutely loves it, she goes once a week at the moment.

‘She loves running around, jumping over everything, climbing on everything, she’s brilliant, she’s a bit of a crazy child but I wouldn’t want it any other way.’

Max is due to take part in Soccer Aid for UNICEF this year, and said that the toddler has been joining him in the garden during training.

‘She’s been joining in with me, kicking the ball around’, said Max. ‘She’s only just getting the hang of it now, so hopefully she can come and watch me and if I score a goal help me out with my celebration.’ 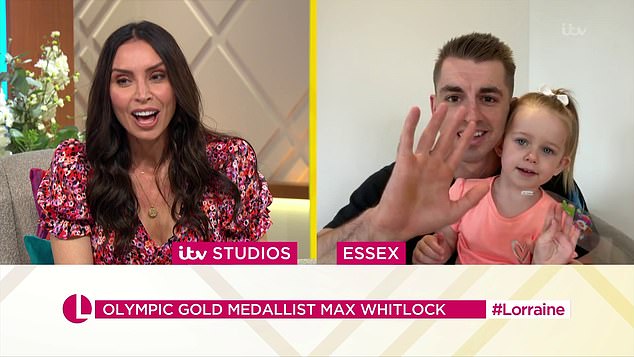 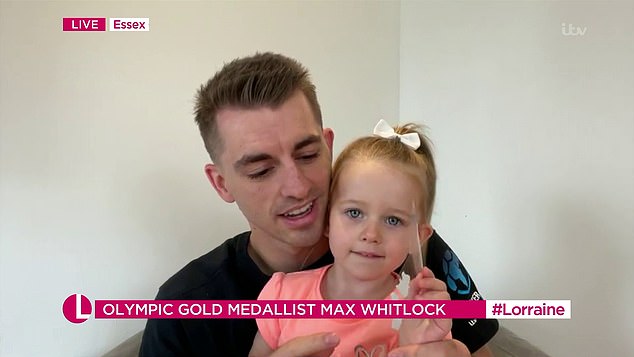 Despite briefly crying off screen, she quickly cheered up and waved to viewers while showing off her dinosaur stickers, with host Christine hailing her ‘lovely’

As they continued to chat Max noticed Willow had wandered into the room and asked if she wanted to say hello.

Despite briefly crying off screen, she quickly cheered up and waved to viewers while showing off her dinosaur stickers, with host Christine hailing her ‘lovely’.

Willow soon decided she was done with the interview and went off to find her mum Leah, with viewers delighted by the ‘cute’ moment.

Host Kate Garraway began the chat with Max’s wife Leah by asking how she felt watching her partner’s performance in Tokyo, to which she responded: ‘It is most nerve racking going first.

‘But at the same time, at least that major nervous bit is done and we have to sit and wait for the rest of them go.’ 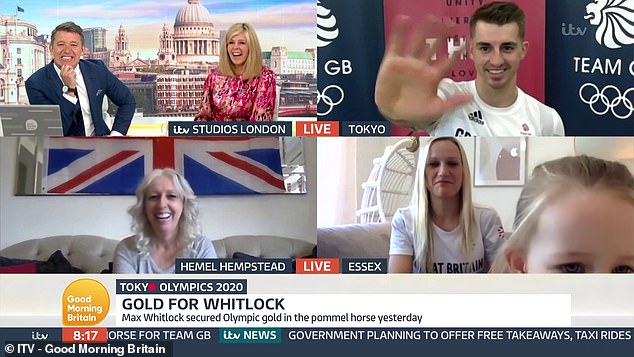 Mum Leah tried to contain her daughter as she apolagised, saying: ‘I’m really sorry I can’t even concentrate!’.

Max, who won two gold medals and a bronze at Rio 2016 and two bronzes at London 2012, was seen laughing and waving to his daughter while she continued to smile at her dad on camera.

Kate, 54, then asked Leah how she had been coping with her husband being away from home for five weeks .

But shortly after her mum began speaking, Willow could be seen throwing a blanket  at Leah while continuing to grin at the camera.

‘Oh goodness I’m so sorry’, said Leah, ‘This is not going well you might be better off going straight to Madeline.