This isn’t what the Square Mile was promised: ALEX BRUMMER analyses how financial services and the City have been left on the sidelines during the Brexit talks

Boris Johnson’s cancelled trade talks with the EU may have restarted but one vital sector has no representative at the negotiations.

The City and financial services have been left on the sidelines even though they are one of the economy’s powerhouses.

As an economics writer who supported Brexit, recognising the huge opportunity for the UK and the City to broaden horizons, I find the lack of focus on financial services extremely frustrating.

The opportunity to cement Britain’s status as an offshore financial centre outside the EU, challenging New York for hegemony, while continuing to provide services for other EU states, has always been there. 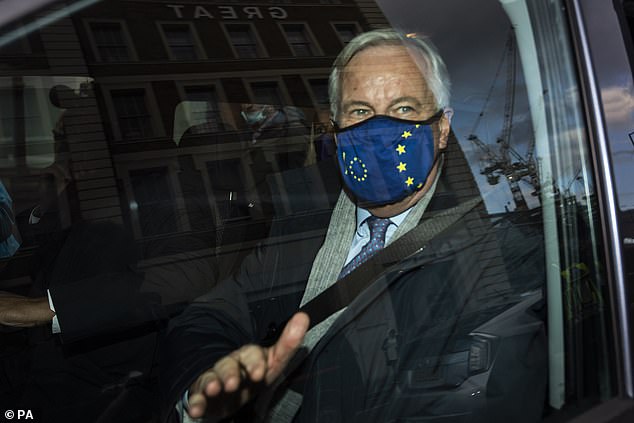 EU’s chief negotiator Michel Barnier is driven away after arriving by Eurostar at St Pancras International railway station, London, for an ‘intensified phase of talks’ with the UK Government, as efforts continue to strike a post-Brexit trade deal on Thursday, October 22

Indeed, in her much disparaged deal with Brussels, Theresa May made sure that the mutual recognition of UK and EU financial regulations was included in the political protocol.

However, since the UK’s membership of the EU was annulled at the start of this year, only one City institution has passed this test.

The London Clearing House, part of the London Stock Exchange, will continue to have responsibility for the handling and trading of tens of trillions of euro-denominated derivative contracts.

But the so-called European passport, which allows banks to look after big corporate clients on the Continent, has been suspended.

Instead of ‘equivalence’ – a recognition that British supervision and regulation match that in Continental countries – being a given, it is now up to individual institutions to apply for their own licences.

As a result, many of the banks have begun making contingency arrangements.

Goldman Sachs has established a bigger presence in Frankfurt, HSBC has expanded in Paris and others have chosen Amsterdam and even Dublin as a base to keep licences alive in the EU.

This drift has been limited as most traders and bankers think life will continue much as before. 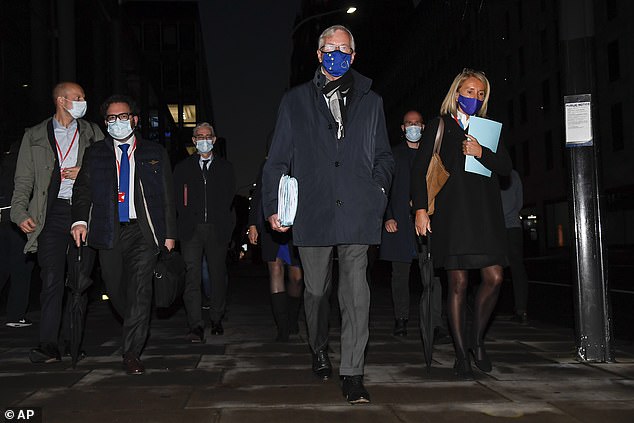 Without a deal, financial companies such as banks, insurers and fund managers will lose unfettered access to EU markets and not be able to trade freely across the bloc

But I detect a growing anger based on a perception that, in its anxiety to reach politically sensitive agreements, the Government has left behind one of the country’s most important earners.

A consequence is that one of the US’s biggest banks, JP Morgan Chase, has moved £200billion of investment funds from London to Frankfurt.

It should have served as an early warning, since JP Morgan employs more than 11,000 people in the UK.

The Square Mile has always overcome obstacles and continued to prosper. It has big advantages, for instance, as the preferred location for trading in the Chinese currency, the renminbi, as well as new financial technology.

But the City is being asked to enter the Brexit era with one arm tied behind its back.