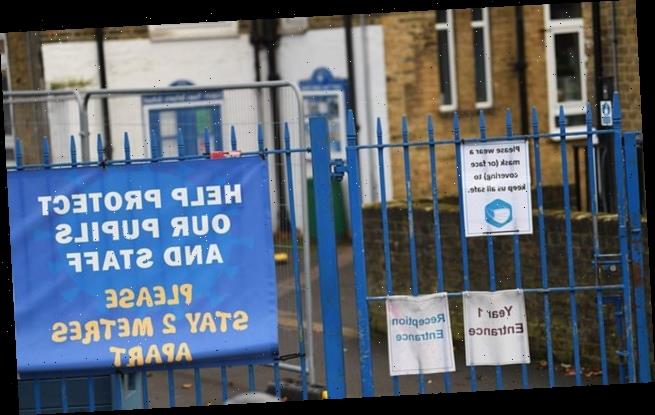 ALEXANDRA SHULMAN’S NOTEBOOK: Yearning for the lost years as a school gates mum

The schools reopening has brought on the most unexpected of regrets – that of never having been a mum at the school gates.

Generally, I’m not one to harbour regrets but seeing the primary schools at pick-up, when the small children flood out into the arms of waiting parents, has made me question what I was missing by being a full-time worker.

I’ve turned into a slightly tragic voyeur, watching the children rush towards the fondly recognisable face, high-fiving a friend as they run, listening to them celebrate some success of the day or confide some perceived injustice.

I’ve heard the heated negotiations in the next-door supermarket over whether they can have chocolate or crisps – no, not both. 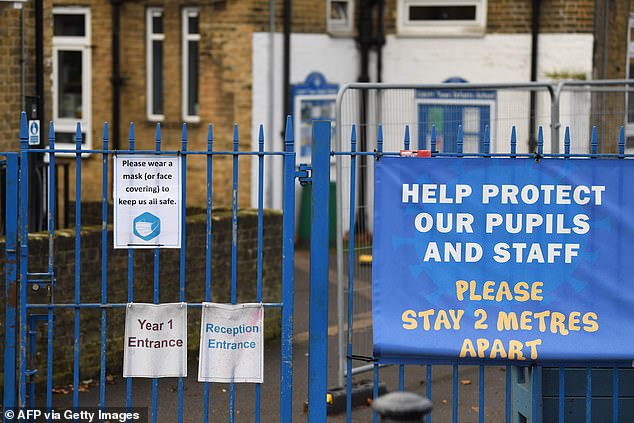 And I’ve been convinced yet again of humanity’s natural urge for self-preservation when it comes to the thorny issue of being told to share. The battles over vaccine distribution are immediately clarified by watching a five-year-old’s outrage at having to divide their sweets with another.

I can count on the fingers of one hand the number of times I picked my son up from school. Drop-off yes, though I sat in the car as he ran in, but in the afternoon I was always in some kind of meeting or another: an Italian PR moaning at me about how few pages their client had in the last issue of Vogue, working through production lists for the next issue, discussing fashion shoots, listening to colleagues’ woes.

It was them I was there for at that moment, never my child. I was never the person he could pour out the pressing problem of the moment to – whether he was unfairly stuck having to sit next to a girl rather than a boy, or whether he hated the lentil soup for lunch. Those tiny heartaches were all for his nanny (thank heavens for the wonderful girls who cheerfully cared for him) and often by the time I got home they were long forgotten so I didn’t get to hear about them.

No doubt I am looking on these moments with rose-tinted specs. I don’t see the frustration of a parent having to cut short something they are immersed in knowing that, as school ends, their time is no longer their own.

I don’t acknowledge the daily tedium of slogging through the traffic to pick up, nor the complex and competitive relationships that develop among fellow parents as they gather which, being a very un-collegiate type, would have madly irritated me.

Curious, I asked my son the other day if he minded my never being there and he seemed surprised. ‘No,’ he said, ‘not at all.’ But, even so, I do feel that I, and maybe he, missed out and now it’s too late.

Perhaps it’s the privation of this past year that has churned up my regret as it has highlighted emotional issues for so many of us. And, in particular, the unstoppable, relentless passing of time, when these past 12 months have been so wasted, so hard and so stunted.

The other day I was at the spot where Freddie the pup seal met his tragic fate, attacked by a small dog as he basked on the River Thames mudflats.

The towpath at Hammersmith, always a favourite walking spot, has been rammed during lockdown, even on a weekday afternoon.

It’s a jungle out there, with manic cyclists, determined joggers, dog walkers and potterers admiring the emerging blossom, all competing for space.

I feel extremely sorry for Rebecca Sabben-Clare whose terrier mauled the seal. Everybody adores a sad-eyed seal – it wasn’t as if the victim was a rat or a rottweiler (offence to rottweilers is only slightly intended).

So what a ghastly experience to see your beloved pet attack the neighbourhood’s love object when let off the lead. And then to become a local pariah.

No doubt she, like many dog owners, made the mistake, fatal in this case, of forgetting they have a dog, not a child.

Despite the cuddly Instagram #furbabies, most dogs can attack if they feel threatened – even if, as their owners so frequently suggest, they are ‘just playing’ or ‘trying to be friendly’.

No matter how much their doting owners adore them, dogs are still dogs with the same sharp teeth as their wolf forebears. And, dogs being dogs, they can and do sometimes turn nasty.

Losing an inch – and gaining some pride

Lockdown brings weird consequences so, for the first time ever, I’ve signed up for a charity exercise challenge.

Not running a marathon or even having to ask anyone for sponsorship. I just make a donation myself and then feel obliged to do the exercise I should be doing anyway, throughout April.

The Sit Up Challenge for The Sick Children’s Trust raises money to help families with accommodation if their child is hospitalised.

I’ve committed to a rather measly 900 sit-ups to be done in a month – mathematicians will work that out at 30 a day.

An inch off the waistline and a bed for a family – sounds good to me.

Crochet attempt tied me up in knots

A few years ago, I tried to learn how to crochet. Name-drop moment here – my tutor was the brilliant actress Diana Quick, a demon crocheter who patiently explained the technique. Hooks and wools to the fore, I was all fired up to be a granny square supremo but it didn’t happen. My efforts were tragically misshapen. Now crochet is all the rage. Tom Daley’s running up incredible Gucci-style mini dresses. Ella Emhoff, Joe Biden’s fashion designer stepdaughter, is an aficionado. It’s clearly time to take a grip. Failure is not an option.

Will holiday hopes be a Greek tragedy?

Boy, was I envious of Prince Charles and the Duchess of Cornwall’s visit to Greece. I’m sure they didn’t get much opportunity for a dip in the Aegean but, even so, oh to enjoy the unmatchable Greek light and catch a glimpse of those olive-coloured hillsides. We’ve booked a flight to Athens on May 19. What are the odds on that happening?