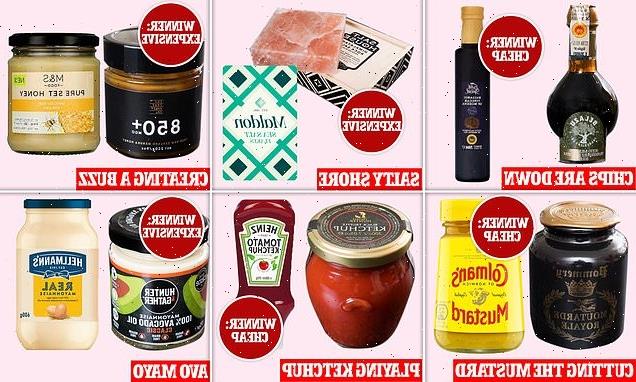 Does £95 really buy you a better butter?. . and what about the £110 bottle of vinegar or a £100 pot of honey? ALICE SMELLIE tries the super-rich’s store cupboard staples

What made us all do a double-take, though, wasn’t the mouth-watering blend of flavours but its eye-watering price of £95. Could a bit of posh butter really be that much better than its humble alternative?

As it happens, yes it could. In spite of knowing it’s insanely priced, when I tasted this pinkish, beautifully textured butter from Sublime, I had to honour it with a minute’s silence. It looks like paté but tastes like nothing else on Earth.

There’s an undercurrent of lobster, the freshness of lemon and a light wave of fennel, along with the richness of crab meat. It’s creamy, but not too rich. Extraordinary. Incredible. And each portion comes with a stunning wood and glass dish. 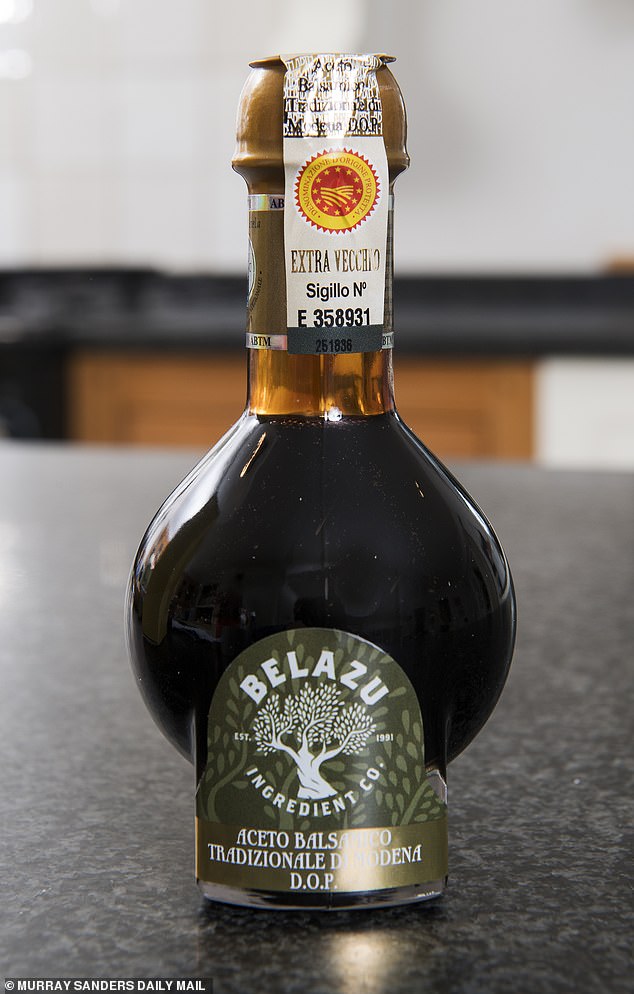 ‘Sublime Butter came about because of my love of steak,’ says Chris Mair, who co-owns the company with his wife, Tillie. ‘There wasn’t much going in terms of condiment. The steak was always being drowned with rich, thick, creamy sauces.’

So Chris collaborated with chef Tony Ho to devise their own accompaniments.

Is the butter worth £95? If you’ve won the lottery, yes! If not, of course not. But tasting this whetted my appetite. What other wildly expensive accompaniments are out there?

From £100 honey to extra-expensive olive oil, I assess some of the world’s priciest condiments and kitchen staples to see if they can possibly be worth their exorbitant price tags. 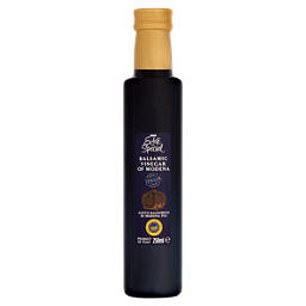 Presented in a stunning gold box, the Belazu bottle is beautiful but quite petite. Belazu tells me there’s a saying in Modena: ‘He who starts the vinegar will not taste the vinegar, but his children and children’s children will.’ This is how long it can take to make traditional balsamic vinegar — 25 years seems an awfully long time to wait.

I try it with a mozzarella and tomato salad. It’s incredibly rich and fruity and a little goes a long way — it makes me think of old and expensive wine.

My usual Filippo Berio vinegar, which I love, tastes far thinner and sharp in comparison, but it wins on cost. 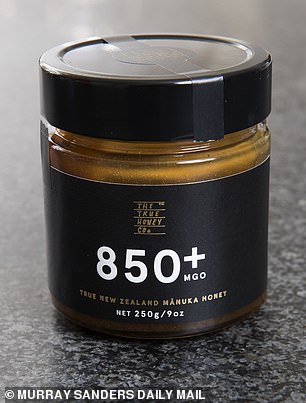 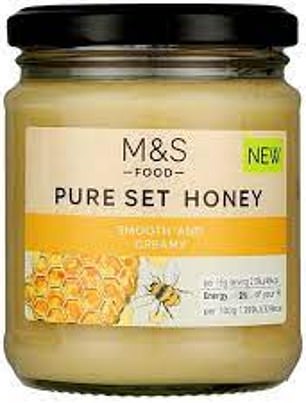 You think almost £100 is a lot? There is a True Honey Co. Rare Harvest 1900+ honey which costs £2,595. Clearly, that isn’t a bee by-product that you’re going to be slathering liberally on your toast.

Even £100 seems a monstrous amount for what is, to my mind, tasty liquid sugar. However, this honey is carefully made in remote locations across New Zealand, where the air is clear, the Manuka bushes bloom and the bees are lovingly nurtured. Manuka honey has antibacterial, antioxidant, anti-inflammatory and anti-viral properties, which you don’t get from a supermarket squeezy bottle, but just like the basic stuff it can be added to tea, drizzled on porridge, or, as they suggest, spread on toast.

I duly put a teaspoon (approximate cost, £5) on a slice of sourdough. It is darker than my usual honey and with a faintly gritty texture, but the taste is divine; both sweet and slightly bitter.

My usual M&S one feels too sweet by comparison. As the children have been riddled with bugs since their return to school, I ought to share it with them. But I won’t.

The packaging of the Picualia bottle is beautiful but it’s hard not to flinch at the cost — the same as my weekly shop.

This golden liquid is taken from the first day of harvest and made by sustainable and award-winning Spanish producers.

It is a limited edition and, they say, has notes of tomato, almond and freshly cut lawns. I can smell all of this — it’s delicious — but it’s olive oil, not a Chanel perfume.

While my usual oil seems somewhat bitter by comparison, it manages to sustain a lovely, strong taste, whereas the lighter, expensive version is more silky smooth. 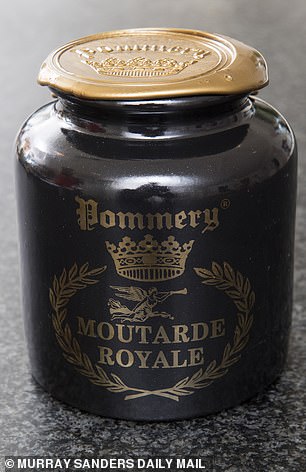 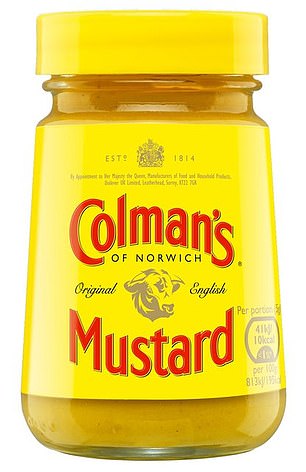 Pommery Royale’s elegant black glass jar is a fair few cuts above the brash yellow Colman’s look. The mustard is made to an ancient recipe and laced with cognac.

On a ham salad, the pricey stuff is seriously tasty but, while the mustard seeds give it texture, I can’t taste the cognac. I still prefer the strong and fiery Colman’s. 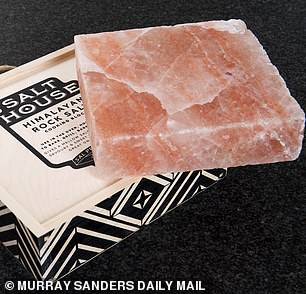 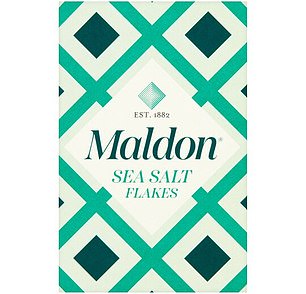 I thought I was being extravagant with my beloved Maldon — but, apparently, it is no longer enough simply to sprinkle your salt. Instead, this large, beautiful, hand-crafted Himalayan salt block is to be heated and used for searing, serving or (after a stint in the freezer) as a chilled plate — all while flavouring your food.

The makers suggest placing the block over a low heat on a gas hob and slowly increasing the warmth. I throw on blanched vegetables.

To clean it, you remove residue with a soft brush and damp cloth, then dry with a tea towel.

This is delicious and a brilliant centrepiece for supper. Tastewise, my flakes of sea salt seem saltier, but for sheer excitement I prefer the block. 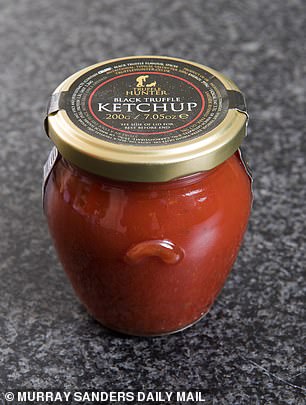 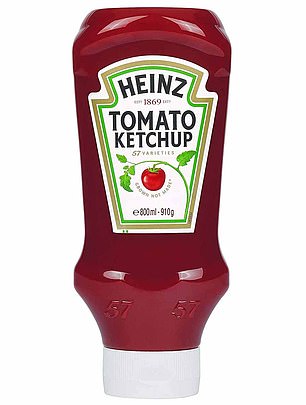 This is made from sun-ripened tomatoes, herbs and spices to which black truffles have been added, but chucking truffles into ketchup is messing with perfection. Though I do like the sharpness which sets off the earthiness of the little bits of truffle.

It’s not as good as Heinz, even though the cheap stuff tastes very sweet by comparison.

PEP UP YOUR MEALS 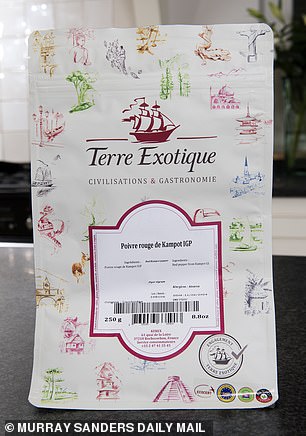 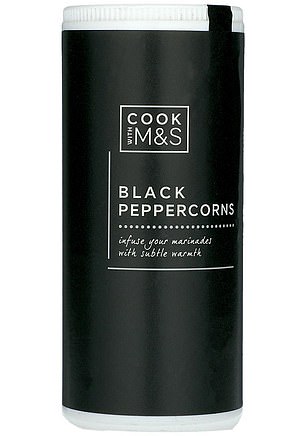 Kampot pepper is sometimes called the king of pepper. It looks like small, shrivelled raisins. Picked when very ripe, they have a thin, fermented layer on the skin, like grapes before they’re made into wine. It’s sweeter-smelling than normal varieties, and the fragrance translates into a soft peppery taste, with a delicate, sweet crunchiness and a sharp, hot after-taste. It is delicious on tomatoes with olive oil.

My usual pepper is less subtle in taste. I am charmed by the Kampot ones, and the bag will last me at least a few years. 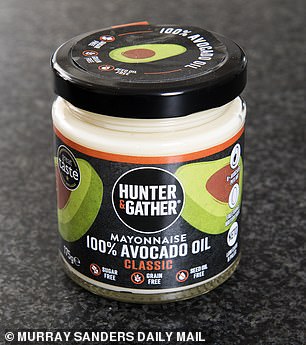 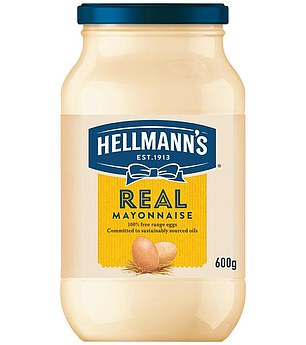 It’s hard to imagine anything beating our normal, creamy Hellmann’s mayo, which I buy in bulk because we eat so much of it. This posh mayo contains only four ingredients: avocado oil, egg yolk, apple cider vinegar and pink salt.

When I make a cheese and mayonnaise sandwich, I realise it also tastes a little like salad cream, and I think it’s delicious.

I am astonished to report that I prefer it to classic Hellmann’s, though I’ll still be buying that for the children.