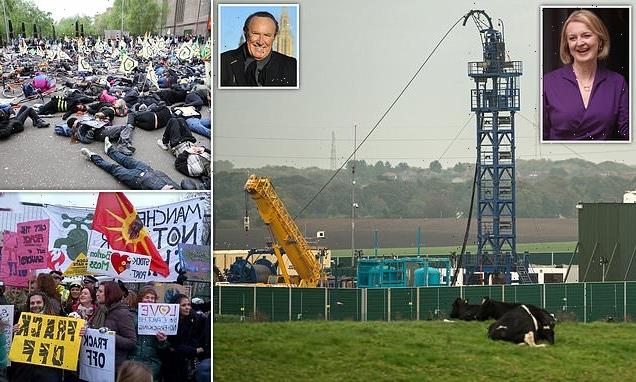 ANDREW NEIL: Our feisty new Prime Minister must learn to pick her fights. Here’s one worth picking – if she has the guts

As Liz Truss flies to Balmoral this morning to be appointed Prime Minister by the Queen, she is well aware of the horrendous inheritance that awaits her when she enters 10 Downing Street later in the day.

The Tory leadership contest, after all, was dominated by debate about the rampant inflation — fuelled largely by spiralling energy prices — that is causing the worst cost of living crisis in memory. No end of commentators have lined up to testify just how bad things are.

But during what seemed at times a repetitive, unedifying and interminable slugfest between Truss and her main rival, Rishi Sunak, something very significant happened to handicap the new PM’s ability to tackle our mounting woes. Financial market sentiment turned against Britain.

As Truss and Sunak knocked lumps out of each other through the summer, the foreign exchange markets decided to dump sterling. In August, the pound had its worst month against the dollar since 2016 (when there was a post-Brexit referendum flight from our currency).

As the two contenders made ever more extravagant promises to Tory members to cut taxes and increase spending — funded by even more borrowing — investors started to jettison British government debt. 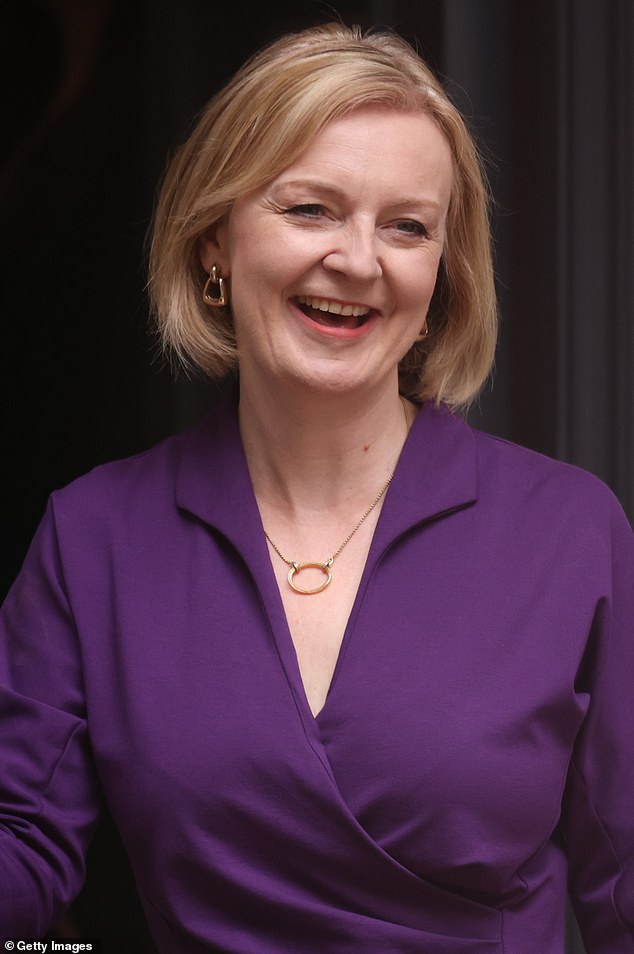 As Truss and Sunak knocked lumps out of each other through the summer, the foreign exchange markets decided to dump sterling

August also witnessed the biggest sell-off for almost 30 years of gilts: British sovereign bonds, which the government issues to raise cash for spending it cannot cover by taxation.

The UK’s reputation for political stability was already being undermined by the fact the ruling party was choosing its fourth prime minister in six years, giving even Italy a run for its money in the change-the-leader stakes.

Now our currency and sovereign bonds didn’t seem that stable, either.

Truss takes over at a precarious time for the nation’s finances. She will have to junk most of the promises — a ridiculous 149 policy pledges according to the Politico website — she made on the campaign trail.

The pound will plummet towards parity with the dollar, locking in double-digit inflation because all energy is priced in dollars and the weaker the pound, the more expensive oil and gas.

At least in the short term, then, Truss will have to choose between helping households with their energy bills or tax cuts. She would be wise, for her own interests, to choose targeted help for energy bills.

After all, if the Tories don’t deal head-on with the serious hardship millions of households face this winter, no amount of tax-cutting will save the party from being thumped at the next election.

Labour and others have proposed freezing the cap on energy prices, which would keep the average household fuel bill at a still-chunky £2,000 per year. 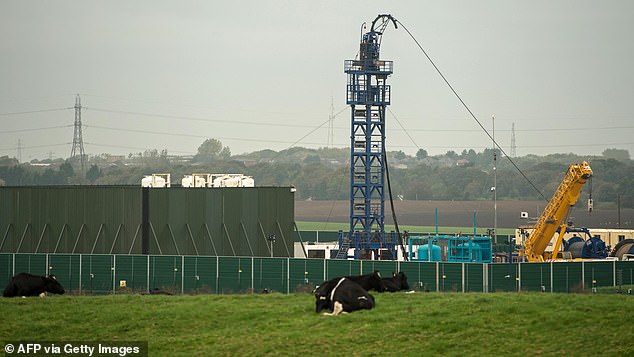 Truss says she’s in favour of fracking if local people agree. But that is a cop-out. Fracking is either a national imperative or it is nothing. Pictured: the closed Preston New Road fracking site near Blackpool

That would stop millions being condemned to fuel poverty this winter. But at probably £60 billion for a full year, it is hugely expensive, subsidises the affluent and also gives no incentive to use gas and electricity more sparingly.

There will have to be some sort of price freeze. But better to limit the current cap to a certain amount of gas and electricity per household — and once that amount is breached, a higher price cap should kick in.

That would insulate the poor, who typically live in smaller houses. It would not subsidise the affluent, in bigger, energy-gobbling homes, but they would have a reason to turn down the thermostat.

Actually, everybody would have an interest in reducing their energy consumption. It would be cheaper and fairer than a universal price cap, while encouraging more frugal energy use in a country that has done too little in that regard for too long. 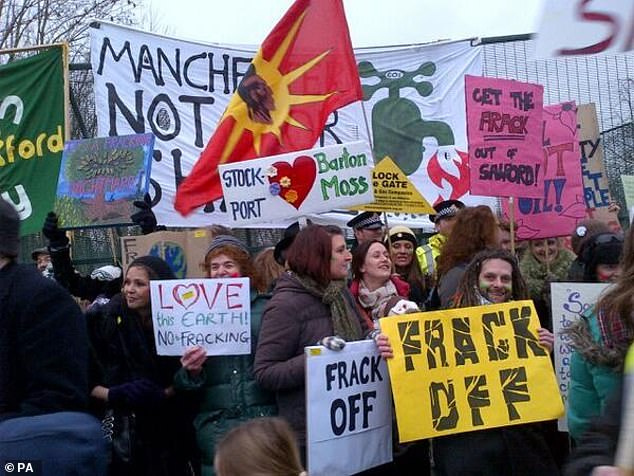 It is the job of national government to put the national interest first, whatever the resistance of local interests or the Green Blob, which would be apoplectic if fracking were given the go-ahead

It would still ramp up government debt, of course, but in a more modest, responsible manner. I think the markets would wear it, especially since most other countries are borrowing to deal with the energy crisis (Germany announced a new £55 billion package at the weekend).

But most tax cuts would have to wait at least until an April budget next year. By then, we will know if we’re past the worst or if very high energy prices will be with us for all of 2023 and into 2024. If energy prices are abating — and with them the need for household subsidies — then there could still be scope for tax cuts well before any election.

Neither one is that expensive and both can be presented as a necessary stimulus for an economy almost certainly heading for recession in the next four months. Truss says she prizes economic growth above all else — but growth is close to zero and may soon be negative. These two cuts fit the bill.

There are signs that Team Truss realise they can’t have it all. On Sunday, the likely new chancellor, Kwasi Kwarteng, took to the columns of the Financial Times to reassure the markets that, though there would be some ‘fiscal loosening’ (i.e. more debt), a Truss government would be ‘fiscally responsible’ (no magic money tree).

He went out of his way to emphasise that a Truss government would be ‘fully committed’ to the independence of the Bank of England. This is necessary and sensible. During the leadership contest there was loose talk from Truss about revisiting the Bank’s mandate. There may be a case for that. But not now: the pound would go through the floor and interest rates would soar. 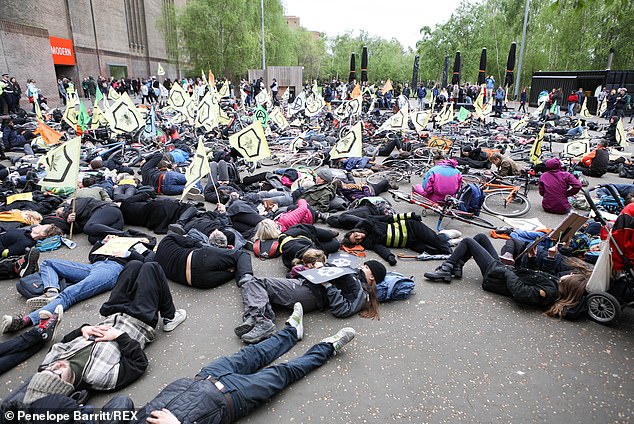 Truss will need to learn quickly not just what fights to pick — but when to pick them. Pictured: Extinction Rebellion ‘die’ outside of the Tate Modern to bring attention to the declining bee population

The Northern Ireland Protocol should also be left for another day. Having been Foreign Secretary, Truss knows first-hand how intransigent the European Union can be on this issue. But better to muddle on with the current unsatisfactory arrangements than risk a debilitating trade war as we face the mother of all winters of discontent. Truss will need to learn quickly not just what fights to pick — but when to pick them.

There is one fight worth picking, however, though there are doubts she has the guts to wage it: fracking gas. Whatever mix of renewables, nuclear and gas you look at to meet Britain’s energy needs in the next two to three decades, there is no escaping that gas will remain an essential, if declining, fuel in electricity generation.

So, rather than lining the coffers of gas-rich foreign despots who sell us the stuff, why not exploit the massive gas fields, especially in the North of England, under our own land and shores? Investment, new technology, highly paid jobs in the North: isn’t that the essence of levelling up?

Truss says she’s in favour of fracking if local people agree. But that is a cop-out. Fracking is either a national imperative or it is nothing. It is the job of national government to put the national interest first, whatever the resistance of local interests or the Green Blob, which would be apoplectic if fracking were given the go-ahead. We shall see if our feisty new PM has the stomach for that fight.

For the moment, however, she must focus on cushioning as many millions of households as possible from the energy crisis. In the first six months of her premiership, nothing else will really matter, even tax cuts, however much Tory tax-cutters complain.

The wellbeing of families up and down the land will depend on her getting this right. So will her future as Prime Minister, which will be short-lived if she gets it wrong.