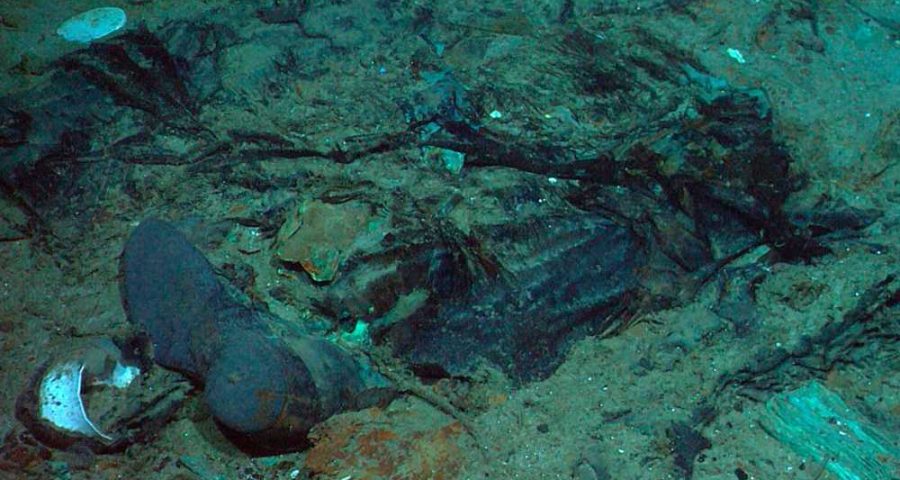 Mysterious shipwreck emerges from the sands of North Carolina beach

The Titanic is disappearing. The iconic ocean liner that was sunk by an iceberg is now slowly succumbing to metal-eating bacteria: holes pervade the wreckage, the crow’s nest is already gone and the railing of the ship’s iconic bow could collapse at any time.

Racing against the inevitable, an undersea exploration company’s expedition to the site of the wreckage could start this week, beginning what’s expected to be an annual chronicling of the ship’s deterioration. With the help of wealthy tourists, experts hope to learn more about the vessel as well as the underwater ecosystem that shipwrecks spawn.

“The ocean is taking this thing, and we need to document it before it all disappears or becomes unrecognizable,” Stockton Rush, president of OceanGate Expeditions, said Friday from a ship headed to the North Atlantic wreck site.

The 109-year-old ocean liner is being battered by deep-sea currents and bacteria that consumes hundreds of pounds of iron a day. Some have predicted the ship could vanish in a matter of decades as holes yawn in the hull and sections disintegrate.

Since the ship’s 1985 discovery, the 100-foot forward mast has collapsed. The crow’s nest from which a lookout shouted, “Iceberg, right ahead!” disappeared. And the poop deck, where passengers crowded as the ship sank, folded under itself.

The gymnasium near the grand staircase has fallen in. And a 2019 expedition discovered that the captain’s haunting bathtub, which became visible after the outer wall of the captain’s cabin fell away, is gone.

“At some point you would expect the railing on the bow, which is very iconic, to have collapsed,” Rush said.

The company has outfitted its carbon fiber-and-titanium submersible with high-definition cameras and multi-beam sonar equipment, Rush said. Charting the decomposition can help scientists predict the fate of other deep-sea wrecks, including those that sank during the world wars.

OceanGate also plans to document the site’s sea life, such as crabs and corals. Hundreds of species have only been seen at the wreck, Rush said.

Another focus will be the debris field and its artifacts. David Concannon, an OceanGate adviser who’s been involved in various Titanic expeditions, said he once followed a trail “of light debris and small personal effects like shoes and luggage” for 2 kilometers (1.2 miles).

The expedition includes archaeologists and marine biologists. But OceanGate is also bringing roughly 40 people who paid to come along. They’ll take turns operating sonar equipment and performing other tasks in the five-person submersible.

“Somebody paid $28 million to go with Blue Origin to space, not even the moon,” said Renata Rojas, 53, of Hoboken, New Jersey. “This is cheap in comparison.”

Obsessed with the Titanic since she was a kid, Rojas said she started studying oceanography in hopes of one day discovering the wreck. But it was found the same year, prompting her to pursue a career in banking instead.

“I kind of need to see it with my own eyes to know that it’s really real,” she said.

Bill Sauder, a Titanic historian who previously managed research for the company that owns the ship’s salvage rights, said he doubts the expedition will discover “anything that’s front-page news.” But he said it will improve the world’s understanding of the wreck’s layout and debris field. For instance, he’d like confirmation regarding where he believes the ship’s dog kennels are.

OceanGate will not take anything from the site, making this expedition far less controversial than the now-scuttled plans by another firm to retrieve the Titanic’s radio.

RMS Titanic, the company that owns the wreck’s salvage rights, wanted to exhibit the radio equipment because it had broadcast the Titanic’s distress calls. But the proposal sparked a court battle last year with the U.S. government. It said the expedition would break federal law and a pact with Britain to leave the wreck undisturbed because it’s a grave site.

The court battle ended after the firm indefinitely delayed its plans because of complications brought on by the coronavirus pandemic. But it’s possible that not everyone will approve of this next mission.

In 2003, Ed Kamuda, then the president of the Titanic Historical Society, told the Associated Press that human activity, including tourism and expeditions, needs to be limited. He said the site should be a simple maritime memorial and left alone.

“Let nature take back what is hers,” he said. “It’s only a matter of time before it’s a brown stain and a collection of pig iron on the ocean floor.”