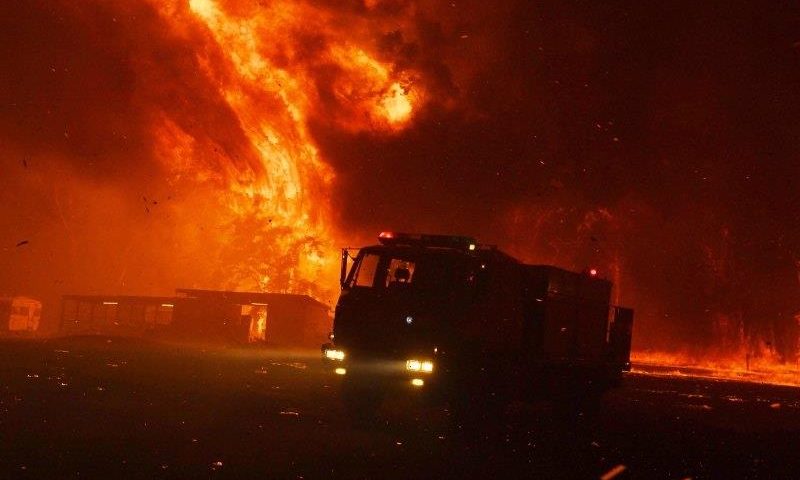 Australia’s famously variable climate will become more extreme in a warming world, with compounding effects of droughts, heatwaves and worsening bushfire weather among the perils ahead.

Regional effects are given greater prominence in the latest Intergovernmental Panel on Climate Change evaluation. The 234 scientists compiling the Sixth Assessment Report have been able to tease out more localised impacts as climate models improve. 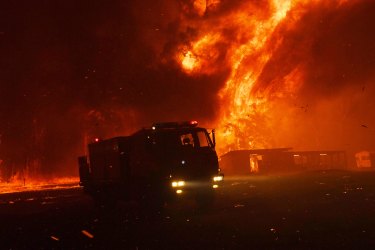 The risk of bushfires will intensify in Australia as the climate heats up, the IPCC said. Credit:Nick Moir

The compiled study of science published until January 31 this year notes Australia has warmed 1.4 degrees since 1910, a pace in line with the global average for land.

“Heat extremes have increased, cold extremes have decreased and these trends are projected to continue,” a summary of Australasia states. “The frequency of extreme fire-weather days has increased and the fire season has become longer since 1950 at many locations,” it adds, saying there was “medium confidence” in such a finding.

Roshanka Ranasinghe, one of just two Australians who worked as coordinating lead authors on the report, worked on 33 so-called climate impact drivers (CIDs) and personally handled the Australasian assessment. He said that of those effects, 26 were broadly relevant for Australia.

“Of these 26, we have high confidence that 11 CIDs will change in all four Australian regions by mid-century under all [emissions] scenarios but the lowest ones,” Professor Ranasinghe, chair in Climate Change Impacts and Coastal Risk at IHE Delft/University of Twente, told The Sydney Morning Herald and The Age.

These top 11 ranged from rising temperatures, extreme heat, ocean acidification and sea-level rise, which get worse, while cold spells and frosts will decrease. “We also have high confidence that snow will decrease by mid-century,” he said.

“We are not just tracking whether temperatures are increasing, for example, but projecting when changes might reach critical tolerance thresholds for people, agriculture or wildlife,” Professor Ranasinghe said.

Rainfall changes have already begun with winter tallies already significantly lower in both the south-west and south-east of the country.

That trend is likely to continue as the west-to-east storm tracks that bring cool-season rainfall to southern Australia shift further polewards to Antarctica.

The broader report also found that with “medium confidence” that “human-induced climate change has contributed to increases in agricultural and ecological droughts in some regions due to increased land evapotranspiration. In other words, higher temperatures can increase water loss of soil and plants, exacerbating rainfall deficits even without rainfall change.

Northern Australia, particularly during the wet season, has got wetter and that trend will likely continue. Rainfall more generally, though, and also deluges from thunderstorm activity are likely to increase at the rate of about 7 per cent per degree of warming.

As a result, “heavy rainfall and river floods are projected to increase” in Australia, the report states with “medium confidence”.

Among the uncertainties are how the major climate drivers that influence weather will change. Under all but the moderate to high emissions scenarios, “it is very likely that rainfall variability related to the El Nino-Southern Oscillation [in the Pacific] is projected to be amplified by the second half of the 21st century”.

The relatively short data records make it harder to forecast Indian Ocean influences on Australia’s weather, IPCC researchers said, although other published papers point to a worsening of extremes.

For northern Australia, there is medium confidence that the frequency of cyclones will decrease but the share of them being severe storms will increase, the IPCC report found.