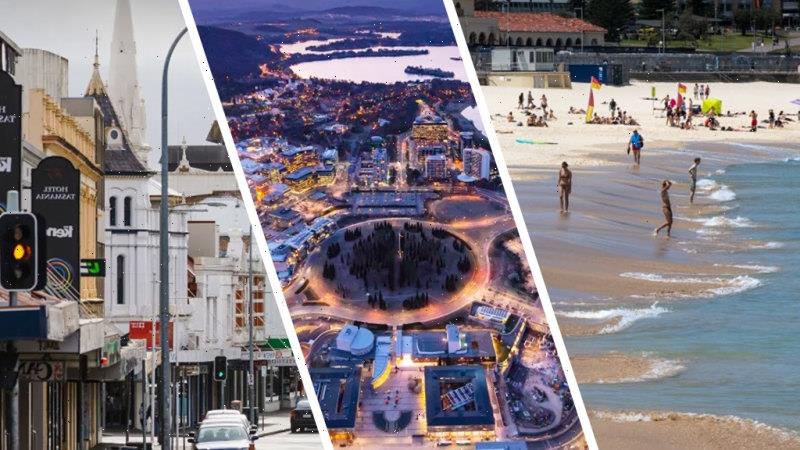 It was a blockbuster year for bricks and mortar, as low stock levels and even lower interest rates fuelled a buying boom that saw the national median house price reach a record $994,579.

Almost every corner of the country shared in the property market’s success due to the emergence of buyer trends brought about by the pandemic, including tree changers and sea changers searching for serenity and space.

But a deep dive into Domain search data shows that while such trends did emerge, a more traditional approach to real estate was still at the top of buyers’ minds. 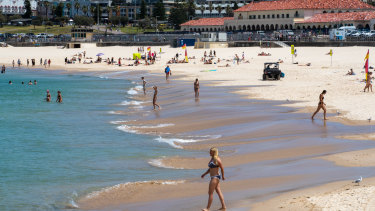 The iconic Bondi Beach sits in the most searched region of Sydney’s eastern suburbs, as buyers want to be close to city and surf.Credit:Edwina Pickles

In fact, the most searched regions on Domain in almost every state and territory were inner-city enclaves, partly because populous areas remain desirable, according to Domain’s chief of research and economics Nicola Powell.

Despite all the hype around moving to small towns along the coast, the number one searched area in the state was Sydney’s eastern suburbs, where properties offer the best of both worlds by being close to the city and surf.

Dr Powell said while there was a marked city exodus in 2021, the majority of the population remained in the city for a range of reasons.

“They’re densely populated areas, they’re highly desirable, they’re elite suburbs, on top of the wish list for many, they’re premium homes, dreaming would [describe] some people looking into these areas,” she said.

“We’ve got some beautiful areas within our cities, we have seen the increase in popularity of living regional and relocating, but clearly our cities are at the forefront of our minds when it comes to searches.”

The median house price in the eastern suburbs rose 27.4 per cent to $3.6 million in the year to September, on Domain data.

Meanwhile, the region’s median unit price rose 20 per cent to $1.26 million in the same period.

The top three most searched regions in NSW on Domain were:

In Victoria, Melbourne’s north took out the most searched region – an area that is home to big homes on big blocks of land, a key factor in driving its desirability among buyers, according to Ray White’s chief economist Nerida Conisbee.

“The north is very popular. The north-east has a lot of big blocks and a lot of space and that perhaps reflects that, but it is also a bit more affordable than the eastern and south-eastern suburbs,” Ms Conisbee said.

“It might be reflecting better affordability but also that continued desire to have more space as has evolved through COVID.”

The median house price in Melbourne’s north-west region rose 6.6 per cent in comparison to $685,000 over the same period.

The top three most searched regions in Victoria on Domain were:

Canberra’s inner north region – a premium area – took out pole position for the most searched area in the ACT, and it comes as the citywide median house price reached a record $1,074,187, rising 32.4 per cent in the past year to September 2021.

It was followed by the regions of the inner south (another premium area) and Belconnen, the affordable heartland of the ACT, according to Dr Powell. 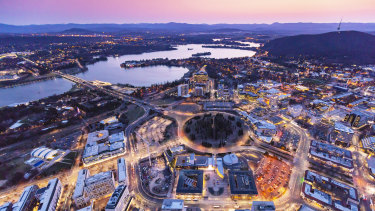 The top three most searched regions in the ACT were in Canberra, where its median house price growth outpaced Sydney’s.

“You’ve got the upper end driving it, the inner north and inner south are premium areas with the largest land sizes,” she said. “Belconnen is the affordable heartland of the ACT.”

The top three most searched regions in ACT on Domain were:

Buyers chasing affordability have helped Launceston take out the most searched region in Tasmania, overtaking the capital, which notched a new median house price record as well. 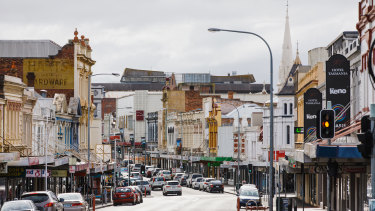 Launceston was the most searched region in Tasmania and cheaper than Hobart.Credit:Charles Street/Lusy Production

“Launceston is much more affordable than Hobart … what that is reflecting is people searching elsewhere around Tasmania and Launceston being the second biggest city, it becomes the most obvious area [to search],” Ms Conisbee said.

The top three most searched regions in Tasmania on Domain were:

The Gold Coast took out the top spot in Queensland where buyers were searching for properties in the state this year, with roughly a quarter of inquiries coming from Sydney, Dr Powell said.

“That speaks to the interstate movers to those lifestyle locations. We cannot disregard the fact that we have seen an exodus in our two major cities, that was happening anyway and it was accelerated by the pandemic,” she said.

The top three most searched regions in Queensland on Domain were:

The southern suburbs region of Perth topped the list in Western Australia, with buyers looking at properties anywhere from Fremantle down to Rockingham. 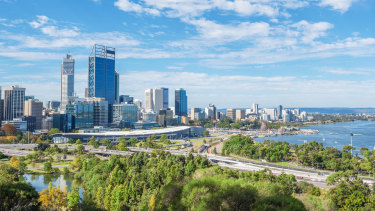 Multiple Perth regions topped the most searched areas in Western Australia as buyers were after big homes on even bigger blocks of land.Credit:iStock

The top three most searched regions in Western Australia on Domain were:

Buyers searched for properties in the north and north-east suburbs of Adelaide the most in the past year, with the area offering large homes on big blocks of land, a similar buyer trend seen in other states and territories.

The top three most searched regions in South Australia on Domain were:

Buyers were mostly drawn to the capital city as it remains the main jobs hub.

“If you have a look outside of Darwin it’s been relatively subdued in terms of price growth and desirability,” Ms Conisbee said. “Darwin is kind of it for the Northern Territory and it’s a bit reflective of the mining sector.”

The top two most searched regions in the Northern Territory on Domain were:

Most Viewed in Property