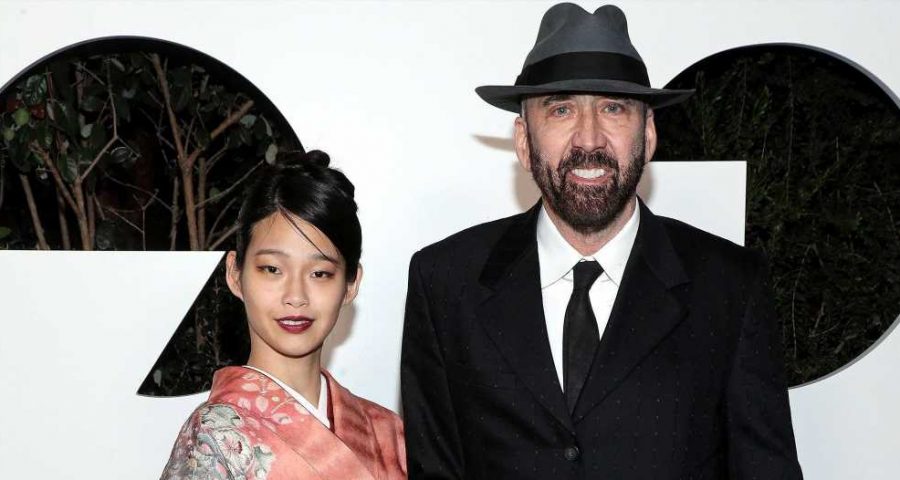 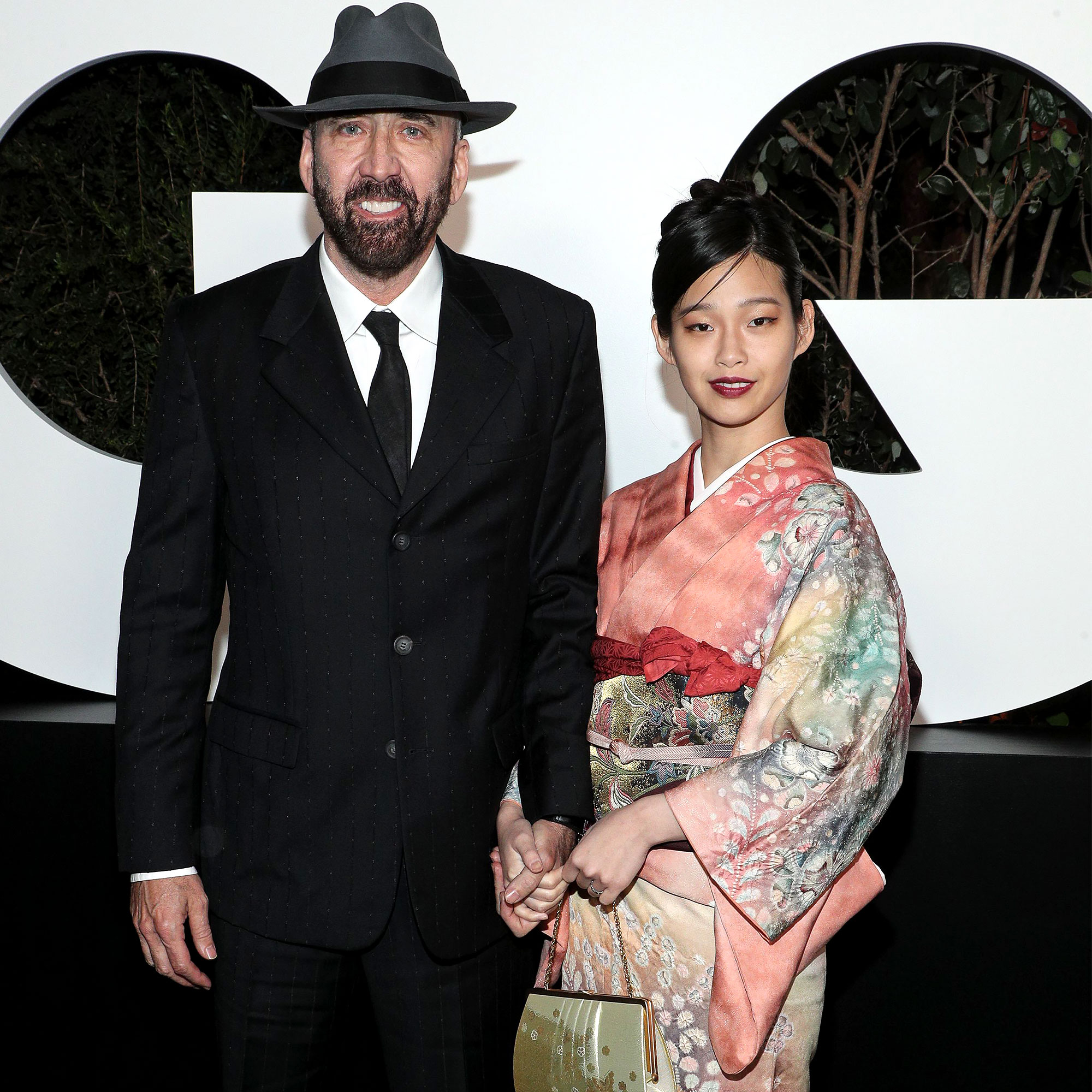 Growing their family! Nicolas Cage‘s wife, Riko Shibata, is pregnant with the pair’s first child together, a rep for the couple confirms to Us Weekly.

Cage, 57, and the actress, 27, were introduced by mutual friends in Shiga, Japan, where the Golden Globe winner was filming Prisoners of the Ghostland. The pair tied the knot in February 2021 and made their red carpet debut five months later at the premiere of his movie Pig.

“I thought she was stunning when I met her. We had a lot in common,” the Con Air actor told Entertainment Tonight of his wife at the July 2021 event. “She likes animals, too, so I asked her, ‘Do you have any pets?’ And she said, ‘Yes, I have flying squirrels.’ She had two sugar gliders. … I thought, ‘That’s it. This could work out.’”

The National Treasure star was previously married four times before exchanging vows with Shibata in Las Vegas. He wed Patricia Arquette in 1995, finalizing their divorce six years later. In 2002, Cage was married to Lisa Marie Presley for 107 days, filing for divorce that November. The proceedings were made final in May 2004.

Celebrity Couples Who Got Engaged and Married Within 12 Months

Three months later, the Oscar winner tied the knot with Alice Kim in northern California. They welcomed son Kal-El, now 16, in October 2005 and separated more than a decade later. The former couple finalized their divorce in 2016.

The Ghost Rider actor went on to wed Erika Koike in Las Vegas in March 2019, but four days later, the duo requested an annulment. Their divorce was granted in June 2019.

Along with Kal-El, Cage is the father of son Weston Coppola Cage, whom he shares with ex Christina Fulton. Weston, 31, welcomed two sons of his own in 2014 and 2016, respectively, with ex-wife Danielle Cage. Two years after their 2018 wedding, Weston’s wife Hila Aronian gave birth to twin daughters.

Nicolas’ eldest son gushed over his upbringing while discussing his film debut in 2019’s D-Day, noting how influential the Face/Off star was throughout the process.

Bode Miller and More Celebrity Parents With the Biggest Broods

“My father definitely gave me a lot of important advice on acting,” Weston told The Hollywood Reporter ahead of the movie’s release. “The importance of your voice, controlling your voice, your expressions, knowing what your character wants, putting the time into the psychology of the character. It’s about knowing your instrument. One important thing my father taught me is the art of delivery, how you say your lines.”

He continued: “My dad also introduced me to some of the greatest films in history from an early age, things like Seven Samurai, Rebel Without a Cause, the original Dracula, all of the greats, so that also was a big influence from him.”

People was the first to report Shibata’s pregnancy. 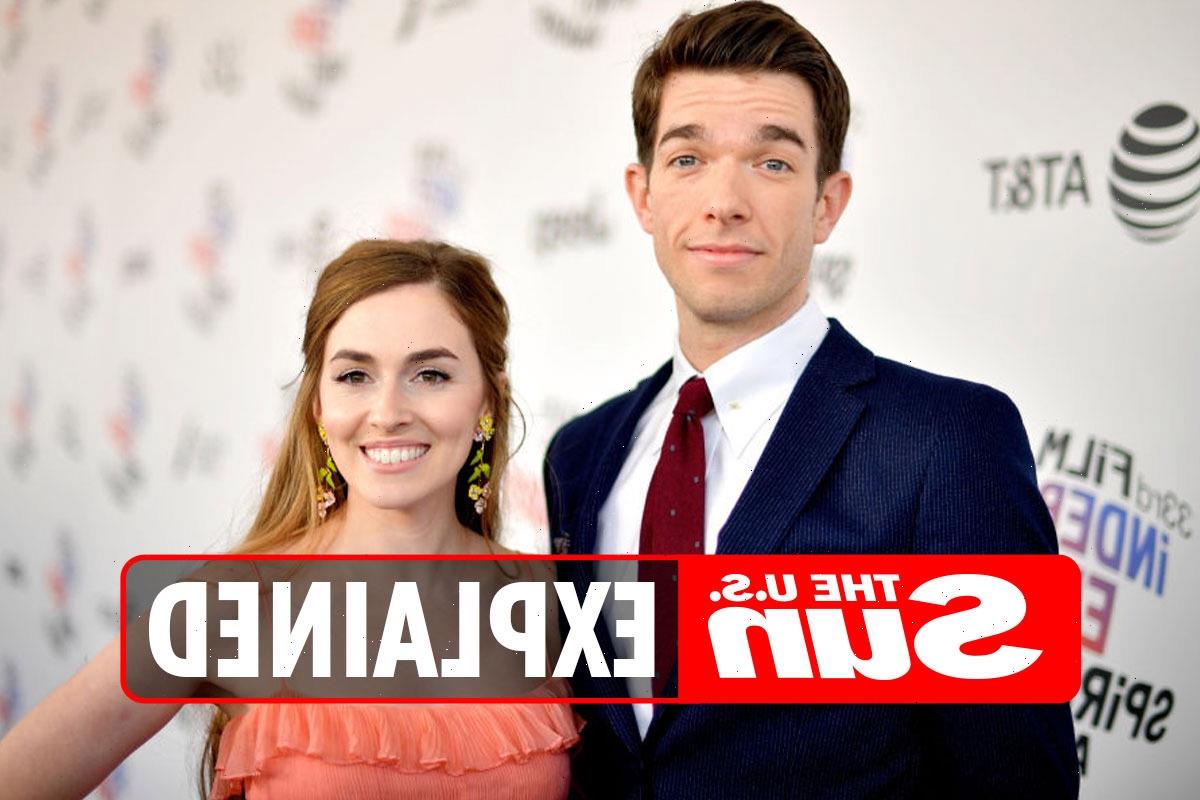