On Friday, Aug. 28, Black Panther star Chadwick Boseman passed away. The 43-year-old actor battled colon cancer for four years, but never publicly shared his diagnosis. Fans and celebs alike were saddened by his passing, including Barack Obama. Many took to Twitter to pen tribute posts, and Barack Obama’s tweet about Chadwick Boseman’s death is an especially heartwarming statement.

Following the news of Boseman’s death, numerous celebrities expressed their gratitude for having known or worked with Boseman. On Saturday, Aug. 29, Obama paid homage to the late actor in a tweet. "Chadwick came to the White House to work with kids when he was playing Jackie Robinson," he wrote. "You could tell right away that he was blessed. To be young, gifted, and Black; to use that power to give them heroes to look up to; to do it all while in pain — what use of his years," said Obama.

The tweet was in response to a July 2016 tweet from Boseman, which shows a photo of him and Obama from the actor’s visit to the White House in 2013. The late actor captioned it: "Thanks for your service and for your advice."

Obama’s statement echoes Boseman’s 2019 Screen Actors Guild (SAG) Award speech in the line "to be young, gifted, and Black." A video of the speech went viral shortly after Boseman’s death was announced. 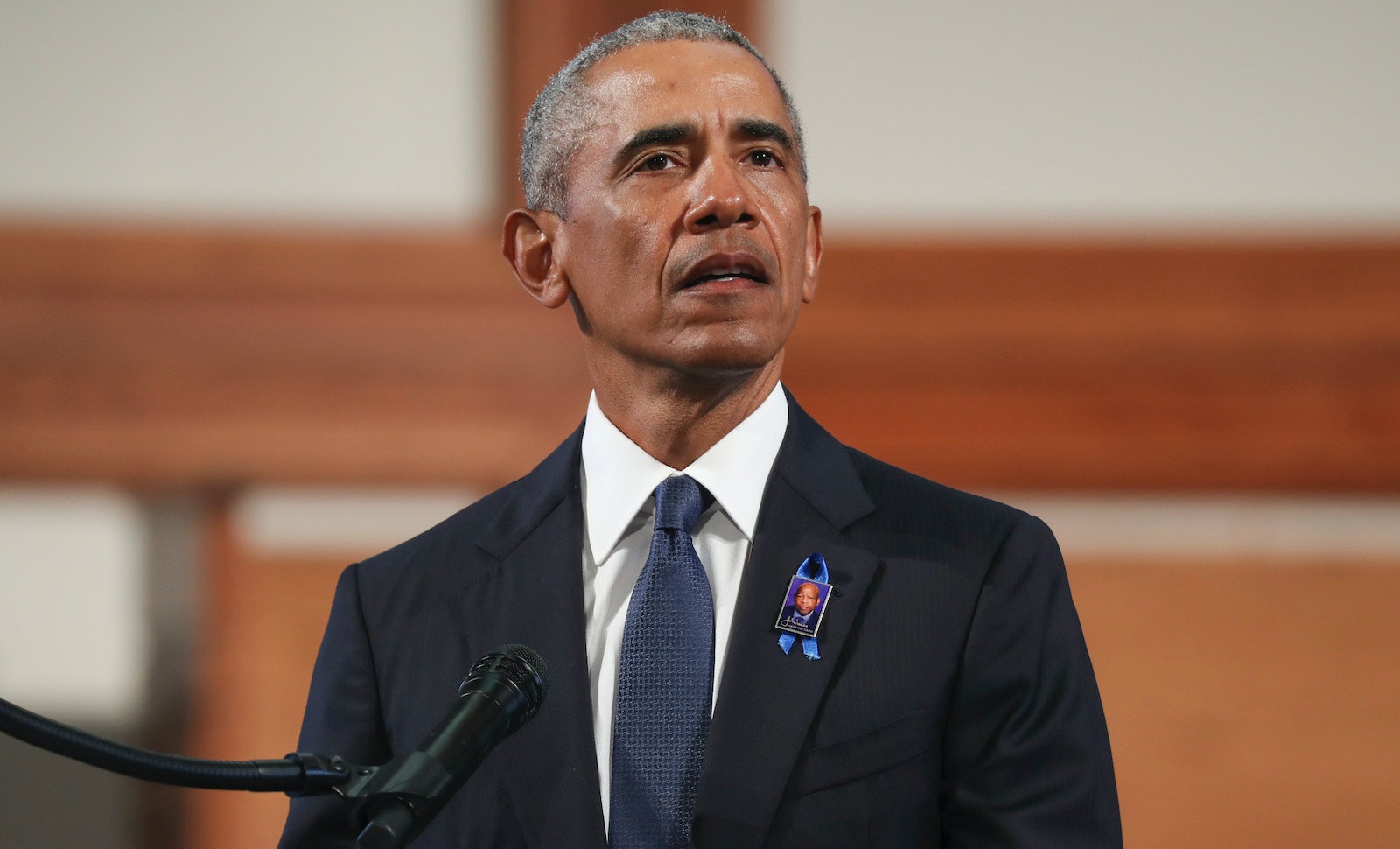 At the event, the cast of Black Panther received a SAG Award for Outstanding Performance by a Cast in a Motion Picture. During the speech, Boseman touched on what it was like to be Black in the film industry. "To be young, gifted, and Black, we all know what it’s like to be told that there is not a place for you to be featured, yet you are young, talented, and Black," Boseman said. "We know what it’s like to be beneath and not above, and that is what we went to work with every day because we knew — not that we would be around during awards season or that it would make a billion dollars," Boseman continued, "but we knew that we had something special that we wanted to give the world."

Boseman’s death was confirmed in a statement on his Twitter account on Aug. 28. Despite his four-year cancer battle from 2016 until his death, Boseman created some of his most memorable films while fighting his illness. "It is with immeasurable grief that we confirm the passing of Chadwick Boseman,” said the statement. The post called his role in Black Panther "the honor of his life." While most fans knew Boseman for his work as King T’Challa in the Marvel Cinematic Universe, he also starred in films that celebrated pioneering Black men, such as Thurgood Marshall in the film Marshall, athlete Jackie Robinson in 42, and soul artist James Brown in Get on Up.

Other celebs who wrote tribute statements for Boseman include his co-stars from the Marvel Universe, such as Chris Evans, Brie Larson, Mark Ruffalo, Don Cheadle, Sterling K. Brown, Samuel L. Jackson, Chris Pratt, Tom Holland, and Angela Bassett. But his fellow MCU actors weren’t the only ones. Others to pay homage to the actor since his passing are notables like Oprah, Viola Davis, Dwayne Johnson, and Issa Rae. All of these tributes, including Obama’s, have shown just how inspirational Boseman was to so many different people.