Bill Bailey has been described as very likely winner. A favourite since the first few few weeks. A break out moment for Bill was his Dr Doolittle theme dance with his partner Oti Mabuse. Body language expert Judi James claimed Bill may well be going after a West End role, judging by his performances.

She hinted at expectations Bill would be a comedy act, instead of taking to dancing in the way he has.

Judi James told Express.co.uk: “Bill Bailey is probably the most intriguing celebrity to ever take to the floor in Strictly.”

Judi pointed to determination seen in Bill, claiming it may well make him the dark horse in the final.

She said: “His droll-faced body language suggests he is the most focused of all the celebs to the point where the fun, laughs and celebrations with the wonderfully happy Oti are almost negligible.

“He stood beside her and slightly apart after their dance with his hands clasped firmly behind his back, staring at the judges and absorbing every compliment hungrily. 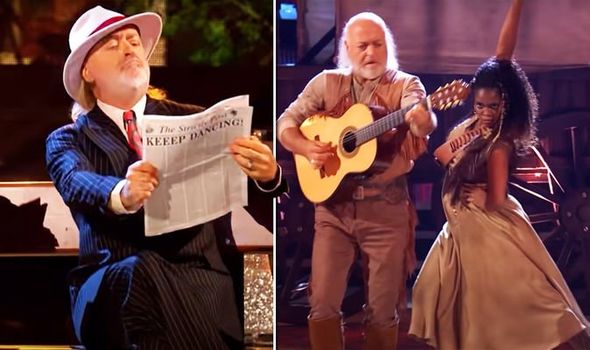 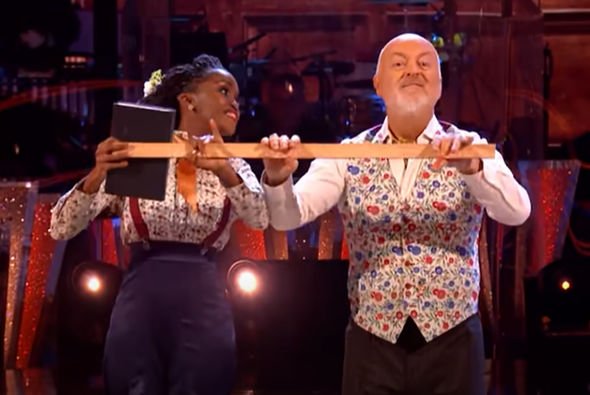 “Bill seems to be playing this straight and if he’s not expecting to win he at least appears to be going for a West End musical gig once lockdown is over.”

However, it has not been totally smooth sailing for Bill.

Judi claimed one risque moce may have risked the couple’s status in the show and left them at the bottom of the leader board.

During a rock and roll theme jive, Judi said: “Bill and Oti took the very brave step of inserting a moment of similar ‘look away from your screens’ body language tonight when Bill lunged at Oti and she fell backward with her head hanging in between his legs as he arched his back in a macho strut.

“It didn’t look like the Bill we love and for a man so obviously averse to anything more than some very gentlemanly body language displays with his partner, it clearly put him off his stride, forcing him make his first mistakes of the series.

“It also placed him close to the bottom of the leader board, meaning his personal popularity ratings will be a crucial factor if he’s going to avoid the dance-off.”

With Bill’s Argentine Tango, Judi claimed there is some distance to his body lamguage with Oti.

She said: “With his emphatically polite and often slightly distant body language with Oti his Argentine Tango as The Phantom should have been the moment he unleashed the Giovanni within and gave us a glimpse of some good old-fashioned, masterful sensuality. 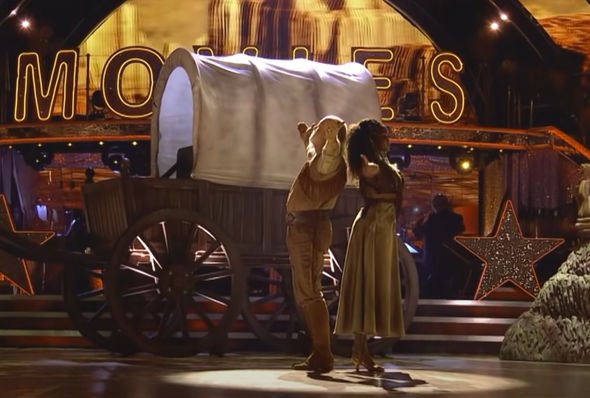 “But although Bill was digging deep it was clear from his first walk-out that it was never going to happen.”

But, the expert went on: “The still from last week’s dance-off reminded us of just how determined Bill is to win this show. W”aiting for final feed-back he stood with eyes raised upward and his mouth pulled into a snarl with his teeth gritted.

Fans will have to wait to see how Bill performs in the final week of Striclty 2020. 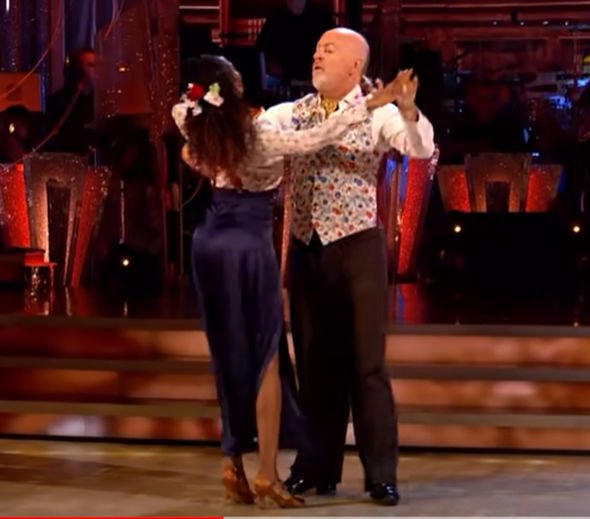 What are the odds for the Strictly finalists this year?

Betfair’s odds put Bill Bailey as the favourite at 8/11.

Jamie Laing is trailling behind at 50/1.