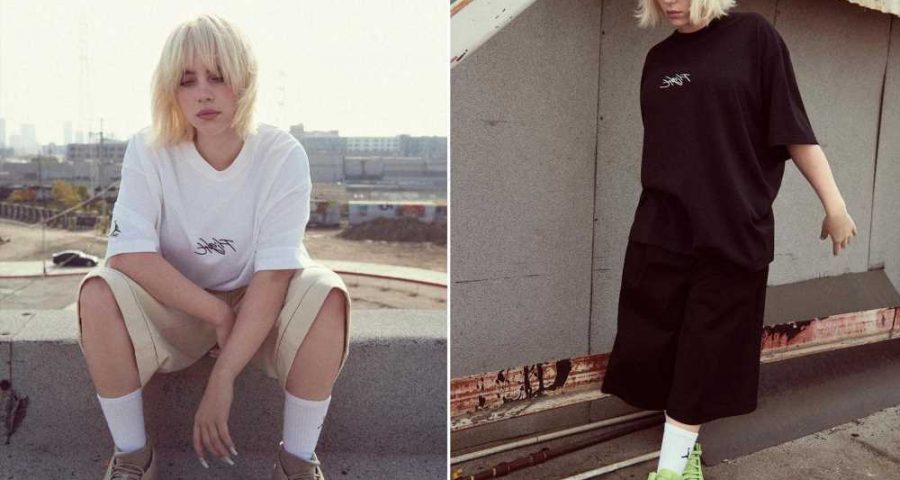 Best star snaps of the week: Getting ‘Gala’ glam

Billie Eilish says she once wore dresses daily: ‘Body image tore that down’

Fans of Billie Eilish’s unique style can soon get their hands on sneakers designed by the “Bad Guy” singer herself.

On Tuesday, the 19-year-old superstar announced the upcoming release of two Air Jordan designs with Nike — both of which will be 100% vegan, like Eilish herself, and made up of more than 20% recycled material.

Eilish told Nike that the Air Jordan 15 has been her “favorite” style “since [she] knew what Jordans were,” and recalls “begging” for a black-and-red pair.

“When I got them … I looked at them as if they were $1 million sitting right in front of me,” she said.

Her version comes in a monochromatic tan color befitting her “Happier Than Ever” era aesthetic.

“This is not a popular shoe and I don’t give a f—k,” she said of the 15s. “Because what you feel about something you love deeply is all that matters in the world.”

Meanwhile, she called Nike’s Air Jordan KO 1s “the best shape with everything — with pants, with shorts, with dresses, with skirts … I love the way they make your legs look.”

Added Eilish of the bright green hue she chose for her pair, “This color is such a classic, stupid, little ‘old me’ thing, I guess. I really wanted to kind of have almost like an ode to myself … this was me, for a while.”

The shoes also include her offset person logo, which she drew when she was 14; it’s been featured on much of her past merchandise.

Eilish is a famous proponent of sustainable styles, having recently agreed to wear an Oscar de la Renta ballgown to the 2021 Met Gala on the condition that the label stop using fur in its designs.

“You can make cool s—t and you don’t have to be wasteful,” she said.

Eilish’s shoes will launch first on store.billieeilish.com on Sept. 27, and on Nike SNKRS on Sept. 30.