Chris Conran turned his attention from Jessenia Cruz to Alana Milne on the Sept. 7 episode of ‘Bachelor in Paradise,’ and it led to Jessenia having a major breakdown.

Jessenia Cruz found out what it was like to get the short end of the stick in a love triangle on this week’s Bachelor in Paradise. After ditching Ivan Hall for Chris Conran earlier this season, karma came back to bite Jessenia when Alana Milne arrived on the show’s Sept. 7 episode. Alana, Jessenia and Chris were all invited to a “VIP party” in Paradise, and Alana wasted no time pulling Chris aside to talk.

It turns out that the two had already hung out a few times before coming on the show, and Alana was ready to pursue something further. “I have met Chris a few times, but I’m interested to see if we could be more than friends,” Alana admitted. “So I’m going to go for what I want. I figure…that’s Paradise.” Although Chris had momentary reservations due to not wanting to hurt Jessenia’s feelings, he leaned in to kiss Alana just minutes into their conversation. 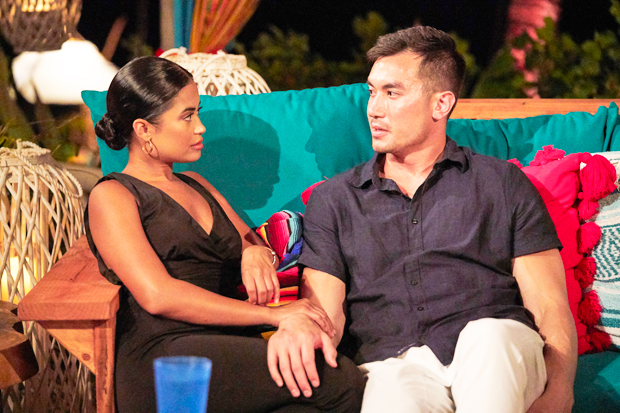 Of course, Jessenia picked that moment to walk in, and she was shook to see Chris and Alana making out. She broke down in tears and was comforted by Abigail Heringer. “Why did I come here?!” Jessenia wondered, through tears. Meanwhile, Chris was caught in the middle.

“It’s been a rough evening,” he said in a confessional. “I obviously came here with Jessenia and a little curveball came in. I don’t know what I want. When [Alana] walked through the door, there was just like a mental block that hit my head. I was like…I’m in trouble. There’s a piece of me that’s looking for more with Jessenia and I could potentially find that with Alana.” 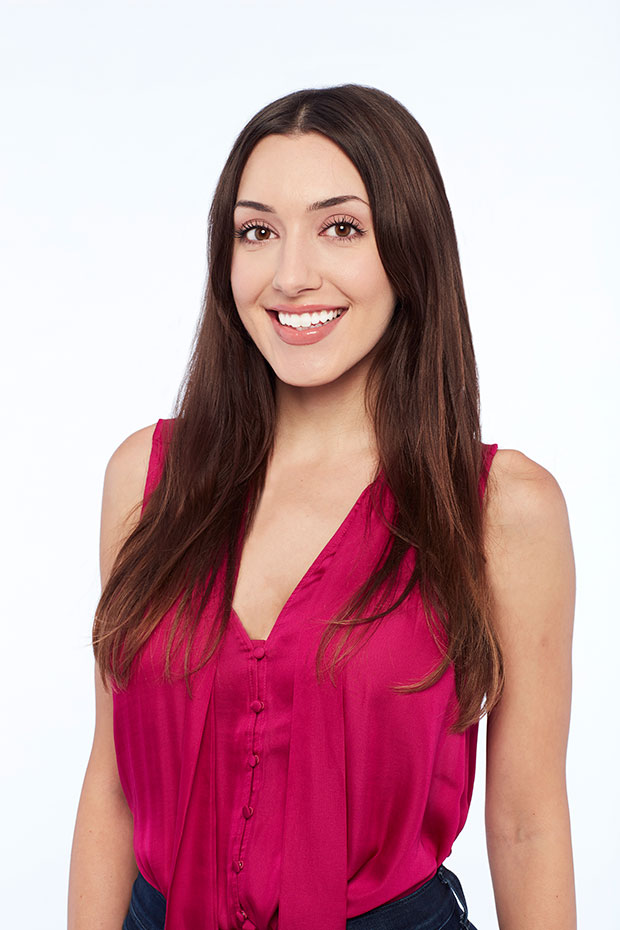 In her own confessional, Jessenia added, “As soon as Alana arrived, Chris’ attitude totally changed. It was really hurtful. It was really, really hurtful. I felt completely blindsided. Things can change so fast. There’s really nobody else here for me. I just want to know what the f*** is going to happen right now.”

Jessenia finally got a minute to talk to Chris, but she was given no clarity. Jessenia rolled her eyes and stormed off after the conversation, and then Chris started making out with Alana right in front of her for the rest of the night. Jessenia eventually left the party while crying, and the rest of the cast members were horrified by Chris’s behavior. Much like with Brendan Morais and Pieper James, Chris and Alana clearly had some sort of relationship pre-show, so many others felt it was pointless for them to come to Paradise and waste someone else’s time.

After leaving the party, Jessenia went back to the beach and broke down in tears again. “I don’t want to be here anymore,” she said. The next morning, she spent a lot of time hidden away in her room with similar feelings. “I feel so defeated,” Jessenia revealed. “Why am I here? Last night was such a trigger for me. I hate that it’s panning out this way for me, but it just is. Something I try so hard to work on is not shutting down when things like this happen to me, but I can’t help it. It’s the only way I know how to protect myself. It’s so frustrating because I realize I really do like this guy. But I can’t trust somebody like Chris as a partner or even as a friend.”