THE self-confessed "most modified youth in the world" has shown off silicon SPIDER impants underneath the skin on his arms.

Ethan Bramble, 22, started his dramatic transformation aged 11 and has over 150 tattoos and 40 body modifications. 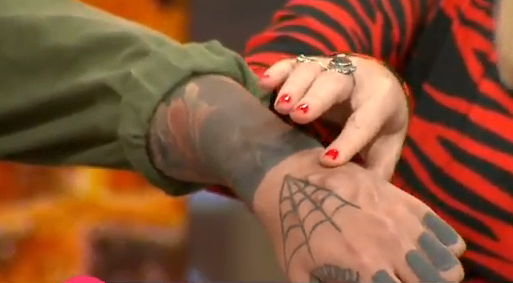 The dad of one, from New South Wales has had each of his ears snipped so that half is missing, his belly button removed and his tongue split in half.

And now Ethan – who jokes his appearance will keep people away from his daughter – has got silicon spiders to sit underneath the skin on his hands.

He told Australian talk show Studio 10: "I have always enjoyed how it looks. I'm going to be the coolest grandpa ever.

"No one is going to be messing with my daughter at all." 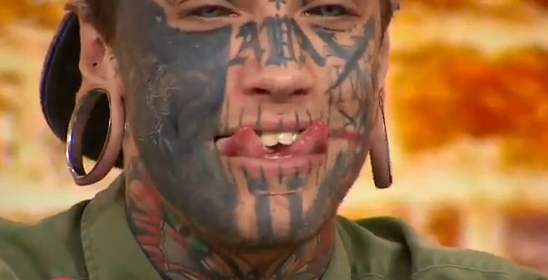 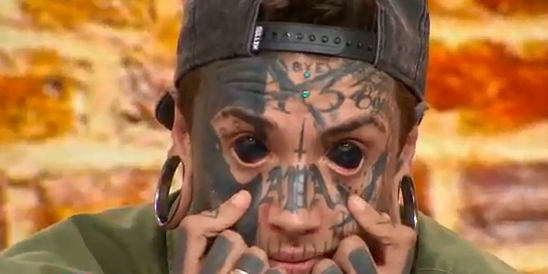 Ethan previously revealed the torment of having more than 40 body-modification procedures, including tattoos on his eyeballs that risked him going blind.

At 17 he had his tongue split, and he confessed he feared choking to death because he was forced to sleep upright for five days as he was constantly drooling.

He said: "It’s excruciating when you’ve just had your tongue cut in half, then it [the anaesthetic] goes away and it all hits you at once."

Ethan has also had his labret (the area under the bottom lip) cut and his nostrils punched since he first stretched his ears at the tender age of 11.

Although he regularly shares photos of his radical look to his 192,000 fans followers on Instagram, the Australian admitted that he still struggles with people's opinions of him.

Ethan said: "I have terrible social anxiety so when you are out in public and so many people are…asking questions and wanting to take photos with you and it can get a bit overwhelming and when it is an everyday occurrence, that’s when it can get a bit frustrating."

He revealed that his mother was hesitant at the beginning of his transformation however he said that when his own daughter is 18 she can do whatever she wants.

Crossed his heart and hoped to die.