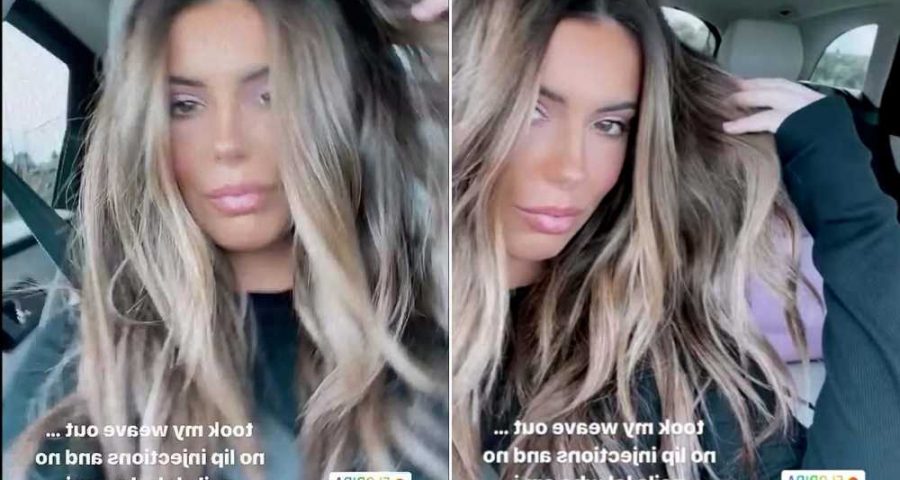 Brielle Biermann shows off weight loss in a black bikini

It’s her face and she can inject it when — and if — she wants to.

Brielle Biermann blasted a hater on Instagram after posting a selfie Thursday, claiming that she was completely natural but has every right to make the beauty decisions she wants.

“Took my weave out… No lip injections and no [acrylic] nails lol who am I?” the “Don’t Be Tardy” alum, 24, captioned the post.

After receiving a direct message from a troll who said she looked “like a normal f–king person” without the glitz and glam, Biermann stressed that people should be able to get cosmetic surgery or use certain beauty products without judgment.

“ALL my friends (except dani) have fake nails, fake hair, fake etc. who cares? It’s our lives it doesn’t effect [sic] y’all AT ALL!” she wrote.

Addressing her naysayers directly, Biermann continued, “Kindly…go f–k yourselves (haters) bc I haven’t even touched my face besides a lil Botox for TMJ [temporo-mandibular joint dysfunction] & lip fillers…WHICH ARE ALL GONE NOW!” 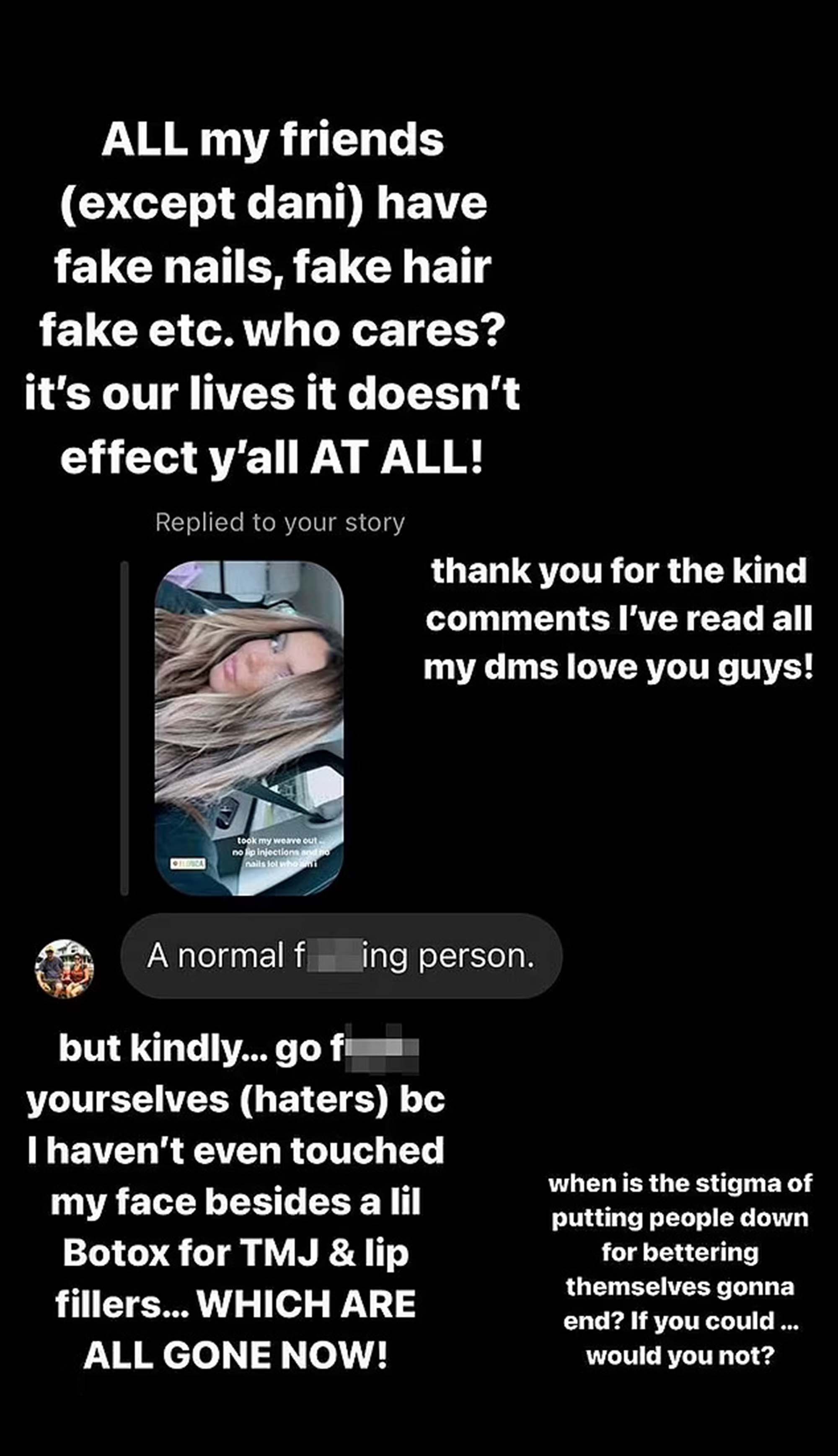 The daughter of Kim Zolciak said she hoped her post would help people accept each other no matter what they have or have not had done.

“When is the stigma of putting people down for bettering themselves gonna end?” she asked. “If you could … would you not?”

This isn’t the first time Biermann has defended herself against trolls criticizing her looks, as she previously denied having had any plastic surgery.

“They don’t realize that you look different when you’re 10 years old to 24,” she said in May, adding, “I hope I look f–king different!” 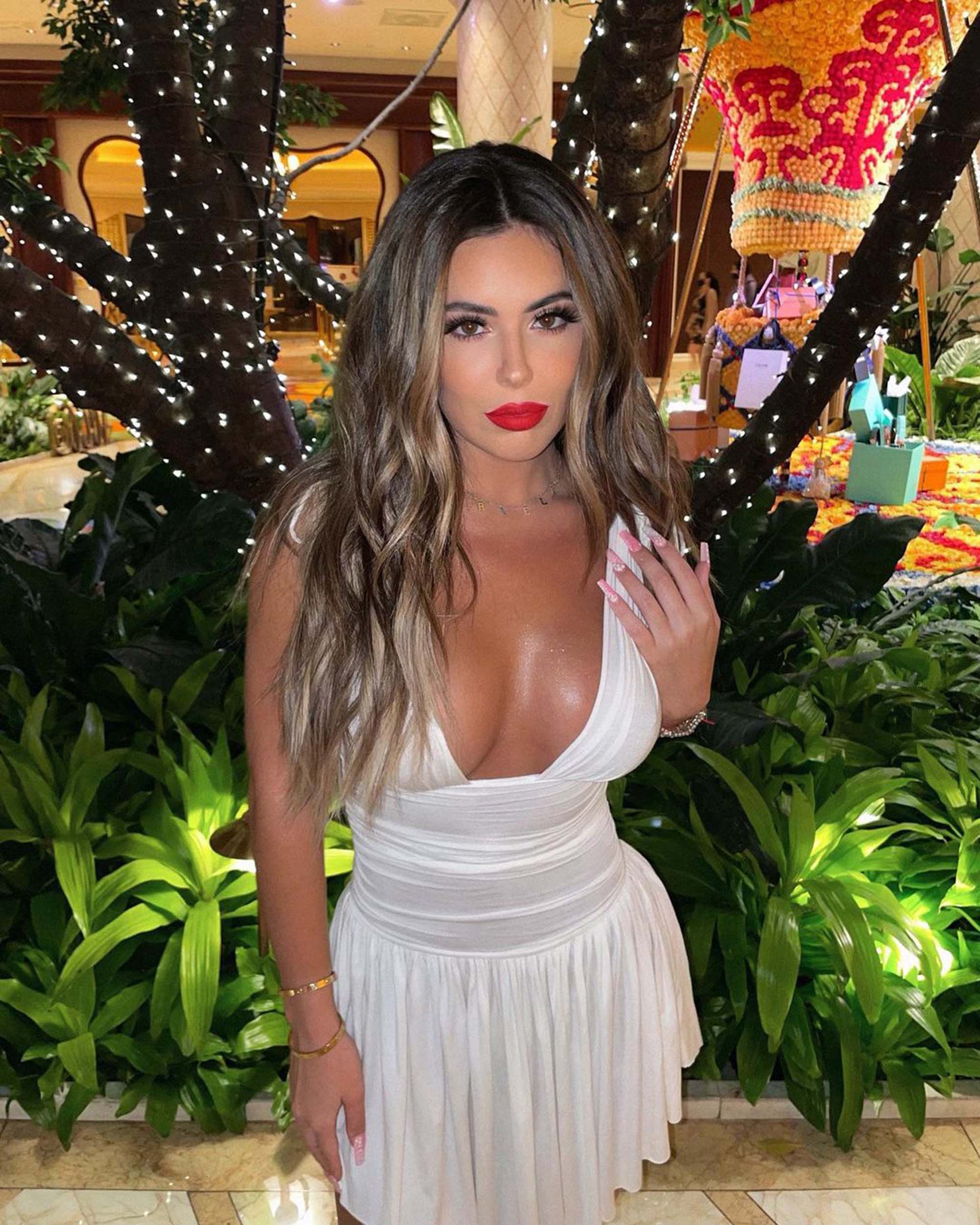 Biermann did admit the year before that she had received lip injections but ultimately decided to let them dissolve to go back to her natural pout.

She has been slamming plastic surgery theories as far back as 2018, when she told fans, “I did nothing but my lips!!! My face is fat right now I’m thicker than I usually am can all of u seriously f–k off. It’s my face if I wanna get 37 surgeries on it I will!!”