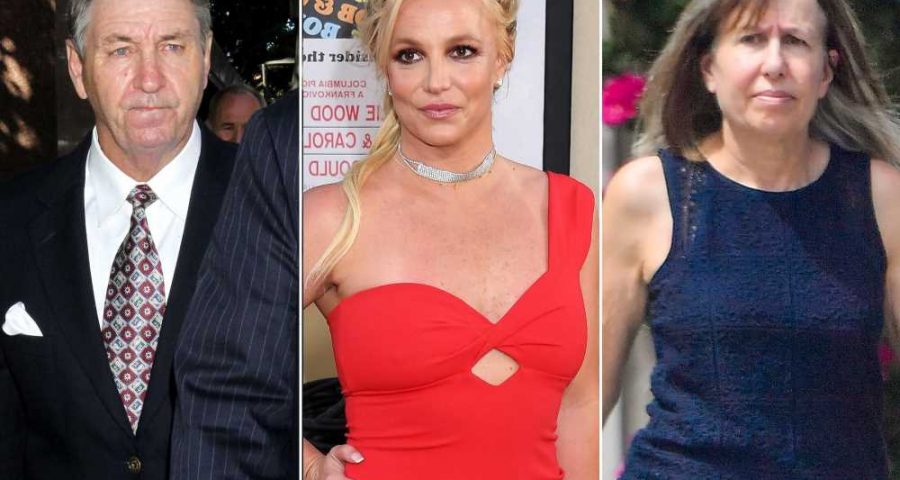 Britney Spears’ dogs taken away from her before ‘battery’ incident

Britney Spears under investigation for battery after ‘swiping’ staffer’s phone

Mario Lopez: Britney Spears has a lot of good people around her

Britney Spears’ conservators are in a dogfight over who is really responsible for the “Toxic” singer’s pets.

Following claims that a dog sitter took the pop star’s pooches to a vet without her permission and never returned them, we hear that both Spears’ conservator of the person, Jodi Montgomery, and her father, Jamie Spears, who is the conservator of her estate, are attempting to wash their hands clean of the incident.

Montgomery’s attorney, Lauriann Wright, said in an exclusive statement to Page Six on Friday: “Mr. Spears, who runs the estate of Ms. Spears, has hired a day-to-day caretaker for Ms. Spears’ pets. Ms. Montgomery has never been responsible for the care of animals since she began working with Ms. Spears in September of 2019.”

Meanwhile, a source similarly told TMZ that Jamie, 69, is “totally in the dark on what goes on in [Britney’s] home,” adding that “he’s been shut out.”

This is not the first time the conservators have been at odds.

In June, Montgomery — who became Britney’s temporary conservator in September 2019 after Jamie stepped aside due to health reasons — denied the disgruntled dad’s claims that she was trying to control the entertainer after Britney’s bombshell June 23 testimony.

“Britney’s choice to marry and to start a family [has] never been impacted by the conservatorship while Ms. Montgomery has been conservator of the person,” Wright said on behalf of the licensed fiduciary at the time, adding, “Practically speaking, since everything costs money, no expenditures can happen without going through Mr. Spears and Mr. Spears approving them.”

In regard to Britney’s recent dog debacle, a separate insider exclusively told Page Six earlier on Friday that they suspect someone from the conservatorship is behind the incident.

“She’s been through this before,” a source said of Britney. “Her conservators used to threaten to take her children away from her, and now her dogs are nowhere to be found. It’s an all too familiar — and heartbreaking — feeling for her.”

According to TMZ, one of Britney’s dogs was sick, which led the sitter to believe that Britney, 39, had been neglecting her pets.

The report comes just a day after the Ventura County Sheriff’s Office confirmed to Page Six that an altercation between Britney and a female staffer occurred on Monday.

We were told that fight involved Britney “swiping” a phone away from the staffer.

The dispute allegedly came after the woman, who TMZ reported worked as a housekeeper, showed Britney a photo of one of her dogs looking sick, which the star suspected had been sent to her estranged father.

The “Lucky” singer’s attorney, Mathew Rosengart, told us on Thursday it was “nothing more than a ‘he said, she said’ regarding a cell phone, with no striking and obviously no injury whatsoever.”

Page Six also exclusively learned that Britney called the police on Aug. 10 to report a theft. It is suspected she wanted to report her dogs missing, but no official police report was ever filed because her security team told the responding deputies that she did not want one after all.

Britney’s attorney did not immediately return our request for any additional comment.