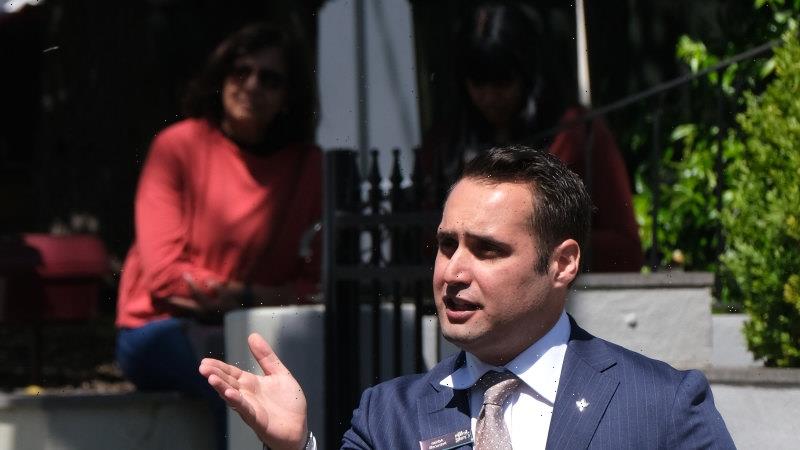 A single-fronted Brunswick terrace passed in after only one bid at auction but sold in a quick negotiation afterwards, a process repeated across Melbourne on Saturday. 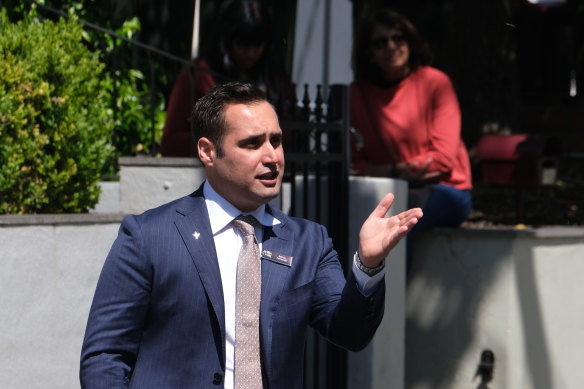 It was one of 672 auctions scheduled in Melbourne on Saturday, a relatively low volume for spring.

Bidding for the renovated Victorian home was slow to start as the crowd of about 20 kept their hands in their pockets.

A woman offered $1 million, just below the price guide, but was met with silence from the street.

With no further bids, Jellis Craig auctioneer Adrian Petrucelli passed the property in and offered the opportunity to negotiate to the sole bidder. 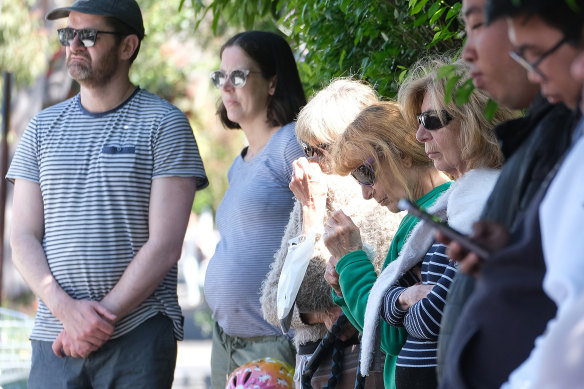 “We’re finding at the moment the market is more of a one or two buyer market as opposed to three to four like it was last year,” Petrucelli said.

“But we’re still getting very similar prices, just without that fierce competition.”

He declined to reveal the reserve but said interest in the home had largely been from second-home buyers hoping to move out of apartments, and 70 groups inspected it during the campaign.

“Things haven’t come off too badly and the main reason being it’s such a desirable location, the inner north,” he said, adding that low stock levels were supporting prices.

Further south, a family home in Malvern East also passed in after one genuine bid of $3,725,000.

The four-bedroom home at 44 Clarence Street, in the sought-after Gascoigne Estate, opened on a vendor bid of $3.7 million, drew one offer and then went to negotiations.

Marshall White’s Hugh Tomlinson said it was not uncommon for homes to pass in at the moment and buyers and sellers to negotiate afterwards.

Although stock levels are low, interest rate rises were affecting how much buyers could borrow.

“Everyone’s serviceability, when rates go up, will become less,” he said.

“This is not a bad market at all, for real estate,” Gange said. “There might be less competition paying exorbitant amounts over the top, but there is still good demand out there.”

In Bentleigh East, a five-bedroom townhouse sold for $1.95 million, the top of its price range.

Three parties competed for 21B Monash Street, trading bids from $1.7 million to $1.86 million.

The home then passed in and the highest bidder, a family, bought it for the seller’s reserve price, Buxton’s Chris Hassall said.

“The market is certainly more selective,” he said. “Any new stock or stock that doesn’t need work is still actually performing OK.

“The thing that is keeping prices up is the lack of stock.”

In Sandringham, a two-bedroom unit at 1/314 Bluff Road passed in at auction but received an offer soon after and was set to be sold for $600,000.

Buxton’s Simon Pintado said it was typical of this market for properties to pass in and receive offers after auction.

“Buyers at the moment are just keeping their cards close to their chest,” he said.

“Nobody wants to go first.”

Some buyers wanted to wait it out because of interest rate rises, while others wanted to buy before the bank reassessed how much they could borrow, he said.

In Cheltenham, first-home buyers snapped up a three-bedroom townhouse for $905,000.

Two bidders competed for 1/5 Gillman Street and it sold just above the reserve of $900,000.

The same home was listed for sale about a year ago but did not draw interest, Ray White Cheltenham’s Kevin Chokshi said, attributing the difference this year to the lack of homes for sale.

“This property shortage has created this interesting sweet spot in the market,” he said.

“The market confidence is lower [but] the stock levels are even more so.”

Most Viewed in Property