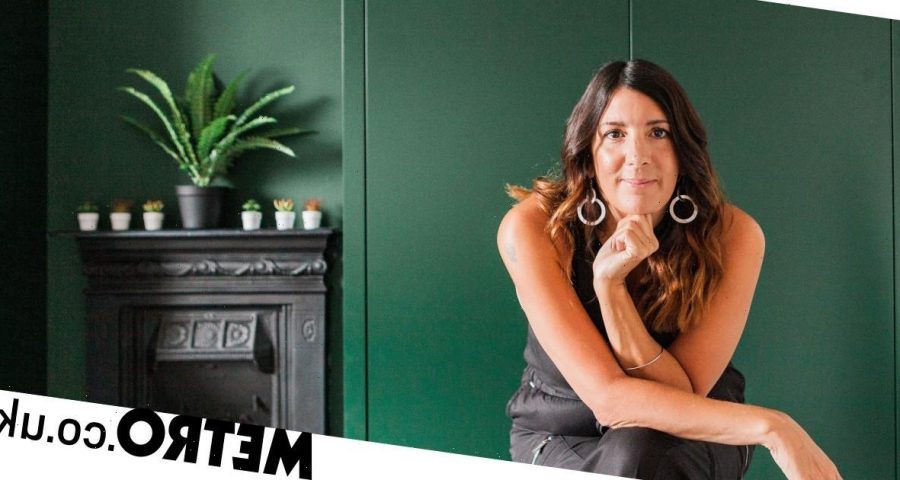 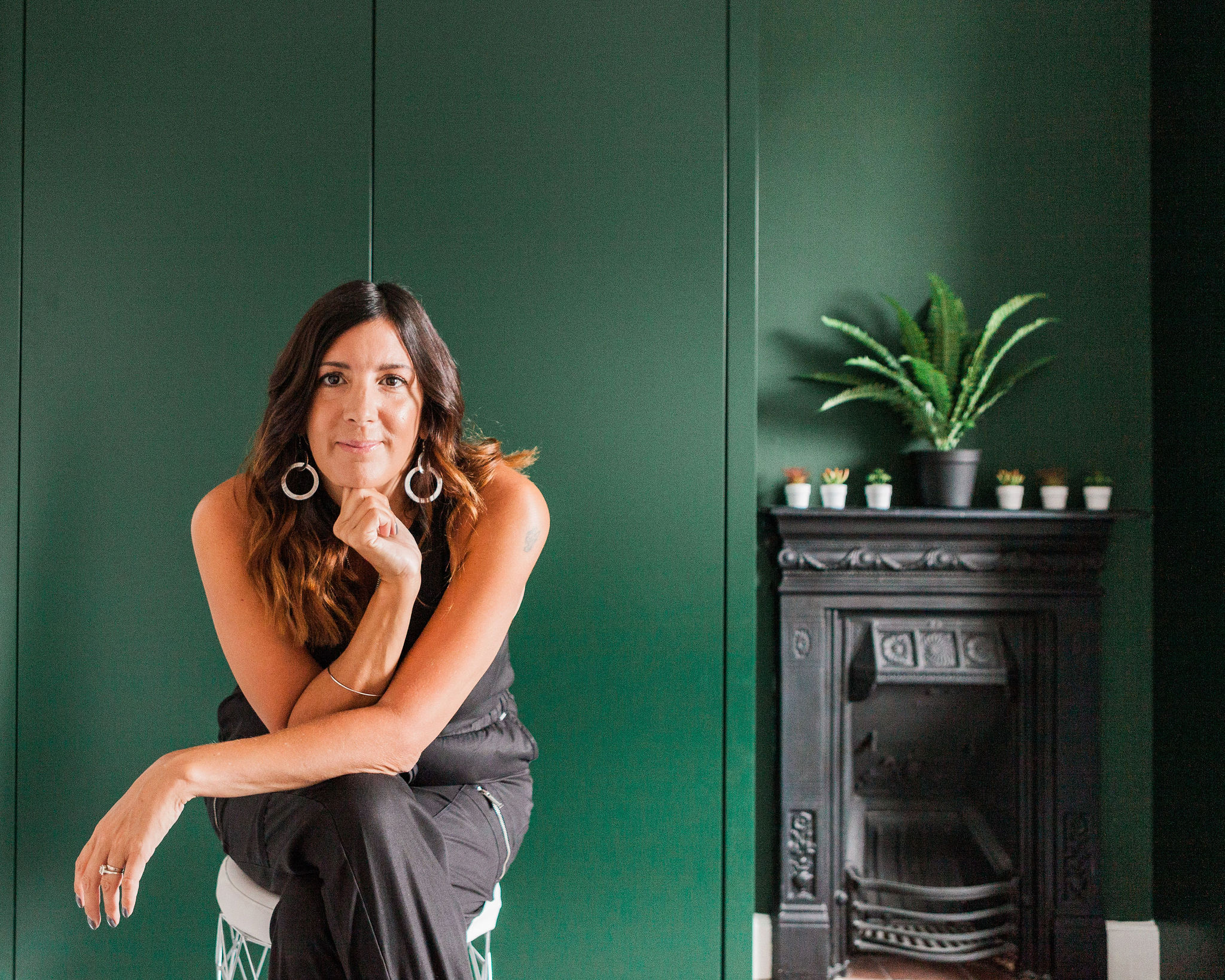 ‘I’m going to get you after school’, a girl from the year above said to me.

I was 16 and had no idea what I had done to offend her, but she stayed true to her word. As I walked to get the bus home, she pulled a knife on me.

I was petrified, but thankfully adrenaline kicked in and I somehow managed to escape. I don’t know if she would have carried out an attack, but at that moment I felt like my life was on the line.

Still, the hardest part to come to grips with wasn’t the bully with the knife – it was my classmates jeering her on, or even just watching. The bystanders. They could see how scared I was, and yet they did nothing.

It wasn’t the first time I’d experienced bullying and it wouldn’t be the last.

In 1988, when I was 11, I won a scholarship to an all-girls private school in the Midlands.

From day one, I was seen as different because of my second-hand uniform, the fact I lived on a council estate and had free meals.

My dad was a single parent, so I wasn’t well-versed in the make-up and hair trends the others in the class seemed to be. The name-calling and taunting was relentless from day one, and the exclusion from any friendship group was palpable.

I felt so unhappy and alone, spending my time wondering what I’d done wrong. I coped by keeping my head down and staying silent. I ate lunch in the toilet most days, which became pretty normal for me. I managed to stick it out until I was 14 when it became unbearable, and I told my dad what was happening.

I begged him to instead let me change schools, so I went to the local mixed comprehensive. I was so happy thinking this would be a new chapter with no bullies.

But on my first day, someone said: ‘Don’t you come from that posh school?’ So, the name-calling and exclusion started once again. I couldn’t win.

After I approached my teachers about what was happening, one said that ‘there’s always someone that gets bullied’ and another told me it would ‘help my character.’

Yet again, I felt alone and unsupported. I didn’t want to keep bothering my dad because he was already working hard to put food on the table and didn’t need the added stress.

After the knife incident, I hardly ever went back to school and left with poorer GCSEs as a result.

I decided not to bother with college or university – I wanted out of a system that hadn’t worked for me, and so went on to become an office junior instead.

As an adult, I quietly climbed the corporate ladder and was thankfully free of any bullying for years.

That was until 2017, at age 40, when I was in my first year of business helping entrepreneurs to launch and scale their own ventures.

I nearly quit. My business was doing well, and I was gaining traction, but a group of competitors began spreading lies about me on social media saying I couldn’t be trusted.

There were hundreds of comments on numerous Facebook threads all saying awful things such as I had no integrity, I was copying their work and I couldn’t be earning as much as I said I was. They also said I knew nothing about business.

Suddenly, I was transported right back to being that silent girl at school again. But it wasn’t the aggressors themselves that had the impact; it was the bystanders. The hundreds of people that commented on the threads who didn’t know me, saying vile things and asking the bullies to ‘name and shame’ me.

As before, I felt like I just wanted to hide from the abuse I was receiving. Talking about it only seemed to fuel other hurtful comments and posts. I tried to defend myself online, but it just made things worse.

As an adult, there aren’t many places to turn to when you’re being bullied. I was lucky to be able to get a therapist to help me through it, and to talk openly and honestly about the last decades had made me feel.

It took being in therapy for months for me to realise I could either quit the business I loved or try to change bullying in the online industry from the inside by showing you can have a successful business but not put others down to get there.

It was hard to not defend myself, but thanks to the therapy, and a great network of online entrepreneurs, I was able to get my head down, focus on my own business, and not pay it any attention. It means I could spend my time caring about my clients instead.

I wish the teenage me had realised that just because someone says something about you, it doesn’t make it true. You can be whoever you want to be and not let anyone hold you back.

After my experience, I decided to help others in the same boat.

That was three years ago and today I’m a multi-millionaire business strategist having helped thousands of others launch their businesses. I still get bullied online but don’t give them any airtime and keep a dignified silence.

Without what I’ve been through, I wouldn’t be as driven as I am today to prove them all wrong. The problem is, it’s not seen as an issue for adults and yet it’s happening all the time with social media making it worse.

We have seen people like Caroline Flack and Jesy Nelson be bullied constantly online, with devastating consequences, yet social media platforms don’t do enough to stop it. There are gossip websites made for the purpose of harassing others that are not shut down.

This can all be stopped by social media platforms – but it just isn’t. If someone approaches them with a complaint, they should prioritise an investigation into it. And if someone is behind aggressive online behaviour, they should receive a lifetime ban.

Online bullying has made me warier of who I’m friends with, and who I can trust. And I think that’s a real shame at a time when we should be empowering each other to be as successful as possible.

It’s why I’m an ambassador for the charity BulliesOut who work tirelessly to help and educate – not just the victim, but also the person doing the bullying and importantly, the bystander.

I speak on big stages and at large-scale events to highlight my story and what I have been through to inspire others to know they’re not alone. I also fundraise for them – to help them continue their vital work.

If you find yourself witnessing bad behaviour, you should call it out for what it is. Make the bullies think twice about their words and actions. Not just stand by while it gets worse. You never know what the consequences of your inaction could be.

The more we can do to stop bullying at any age, the better life will be for so many – I just wish the young girl who spent lunch alone in the toilet every day knew how to stop it back then.

For more information on BulliesOut, visit its website here.