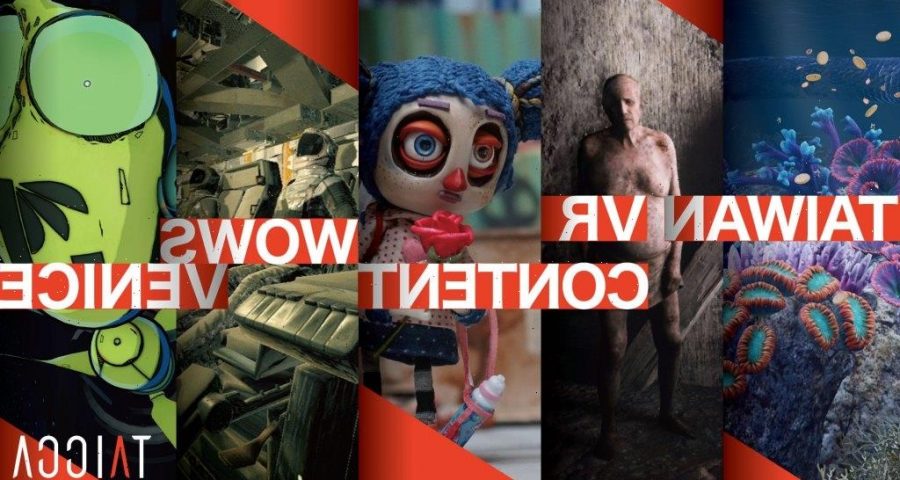 Taiwanese cinema has much to celebrate.

Despite the COVID-19 pandemic, the island produced an impressive 71 films last year, making it the third most productive country globally. This year, the island has gone even further, bringing immersive projects to the virtual reality programs of prestigious film festivals around the globe.

At present, it is difficult to imagine that the Taiwanese film industry was struggling a mere 40 years ago. With auteurs such as Hou Hsiao-hsien and the late Edward Yang, the Taiwanese New Wave of the 1980s reinvigorated a dying industry and placed the country’s films on the world map. The movement also saw the birth of a quintessentially Taiwanese voice — one that not only aestheticizes a collective experience, but also speaks to the present, and it is this strand of Taiwanese filmmaking that continues to enrapture global audiences.

Take the recent success of Taiwan’s old guard, for example. Following the acclaim of his drama “Days” in 2020, Tsai Ming-liang, a director from Taiwan’s Second New Wave of the 1990s and 2000s — which is famously associated with slow cinema and cinematic poetry — has debuted “The Night,” a 19-minute short film that played out of competition in this year’s Venice Film Festival.

Meanwhile, the next generation of the country’s filmmakers has been breathing new life into Taiwanese cinema. One such name is Chung Mong-hong, whose heartbreaking crime epic “A Sun” was shortlisted for Best International Feature at the Academy Awards earlier this year. His latest film, “The Falls,” about a mother-daughter pair navigating a fraught relationship during quarantine, has been nominated for the Venice Film Festival’s Orizzonti competition this year.

Taiwanese cinema shows no signs of slowing down, and the country recently embarked on a new chapter in its film history. Since 2020, the Taiwan Creative Content Agency, an intermediary organization supervised by Taiwan’s Ministry of Culture, has invested in the nation’s future by encouraging artists to explore the use of extended reality (XR) innovations — such as augmented reality and virtual reality used to enhance our understanding of real or artificial environments around us — as well as mixed-reality technologies.

“XR is a new medium, everyone is exploring its creative possibilities,” says TAICCA chairperson Ting Hsiao-ching. “There are ways to produce and present new and innovative art forms in XR. And today it’s accessible to everyone. In Taiwan we have a lot of technological advantages due to our national hardware and software resources, creative studios and artists… We have a freedom of creation that helps us promote immersive projects.”

With the launch of commercial 5G high-speed mobile networks, Taiwan’s heavyweight status in the IT hardware supply chain, plus the emergence of progressive young filmmakers within its borders, Taiwan is undoubtedly well-positioned to lead the latest generation of tech-based creativity. These efforts have already begun to bear fruit. This year, Taiwanese VR projects set a nomination record at the Venice Film Festival. Seven works have been selected for the festival’s program, and five TAICCA-supported projects will compete for the Grand Jury Prize for Best VR Work, Best VR Experience and Best VR Story categories: “The Sick Rose,” “Samsara,” “The Last Worker,” “The Starry Sand Beach” and “Bedlam.”

“There is no other country that manifests such a commitment to this new art form of VR as Taiwan does,” says Michel Reilhac, co-curator of Venice’s VR Expanded program. “From the first year that TAICCA was operational, we have seen incredible works. This is an excellent and efficient example of how public financial and production support can match the needs of the community and the artists in their country.”

While Taiwanese cinema’s early chapters were marked by an inward reflection, the island is now looking outward, embarking on international co-productions for its VR projects.

For instance, Huang Hsin-chien’s sci-fi VR film “Samsara” — supported by TAICCA’s Cultural Content and Technology Application Flagship Program — was developed in Taiwan with the participation of experts from around the world. The project was filmed using 4Dviews technology in TAICCA’s IP Lab, which provided technical assistance to integrate high-end XR production technology and IP development capabilities, allowing for a combination of virtual and physical worlds that create a fully immersive experience. The first episode of the project won awards at Cannes and South by Southwest earlier this year.

“The deployment of ‘Bedlam’ would not be possible without 5G technology at its core. Taiwan, with its unique ecosystem, was the best place to create this project,” says Marie Jourdren, co-founder and chief creative officer of El-Gabal.

El-Gabal’s CEO, Antoine Cardon, further elaborated how Taiwan was the only country with enough technological expertise to create the project’s specific social role-playing experience. “As future content, [‘Bedlam’] paves the way for the kind of entertainment that [will] become commonplace in the metaverse,” he added, referring to the idea of a shared virtual space that combines augmented reality and virtual reality, allowing people to move between different experiences.

The rapid growth of 5G, motion capturing, XR and other newly-developed technology is “a strong signal that Taiwan is both a leading force and a key partner for future content,” says Alice Chang, vice president of TAICCA. According to Chang, Taiwan “probably has the most complete ecosystem in the world.” In addition, Chang notes TAICCA has been striving to become the “key partner” with creators and investors from all around the world. Recently, the organization has been closely cooperating with production teams from UK and France in some of the selected works this year.