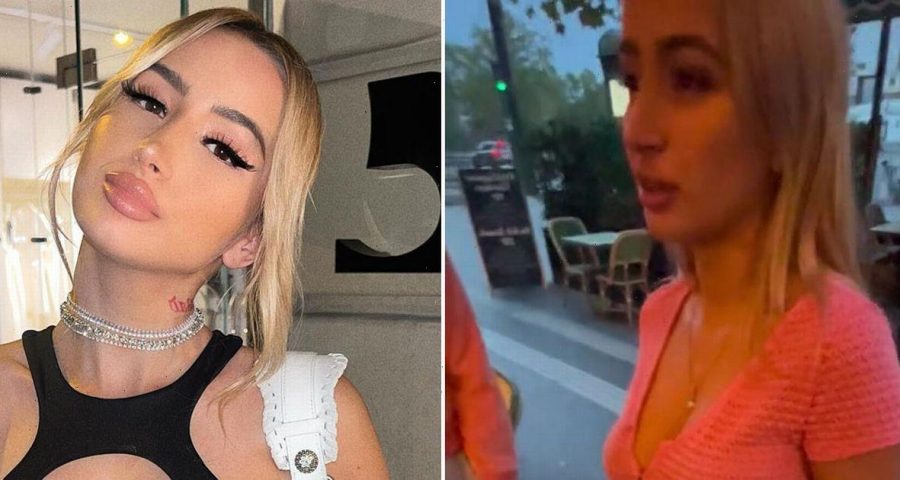 A influencer was banned from dining at a restaurant in Paris because she was showing 'too much cleavage' in a daring outfit.

Polska Babinks, who has almost 700,000 followers, confronted the restaurant manager after being refused entry to dine inside the Parisian cafe in Bastille.

The beauty and fashion TikToker and her friends called the manager a sexist as she captioned in the video: "A neckline = no restaurants".

READ MORE: 'I'd pluck my nipples to rid body hair – but men run around like hairy gorillas'

The clip shows the trio being stopped right at the restaurant door and the manager is heard mentioning the dress code. "But it's you who write the rules I don't understand," the cameraman asks him.

Polska wears a pink crochet cardigan that barely covers her breasts and a matching mini skirt. "There are people who eat but we don't have the right because we show a little too much, it's a little too low-cut. It's shameful."

Polska and her friend Tootatis were invited to a French TV show to share their experience. TV host Benjamin Castaldi, columnist Danielle Moreau, and producer Guillaume Genton all said they sympathised with the restaurant owner, stating that he had every right to refuse entry.

Castaldi wrote: “Where’s the scandal? He doesn’t want bare boobs in his restaurant."

Moreau said: "This is not a feminist struggle! Very few women see themselves in you." Genton said he has rarely seen "human beings as stupid" as the influencer and her pal.

Polska's fans also turned against her, with one saying: "For me, it makes sense. You need a minimum of respect for the people."

"The fact that this restaurant went from 3 stars to 4.5 on Google is thanks to you!” said someone else.

“Any restaurateur has the right to say or not whether the customer's dress is correct or not and is entitled to refuse entry," a third added.