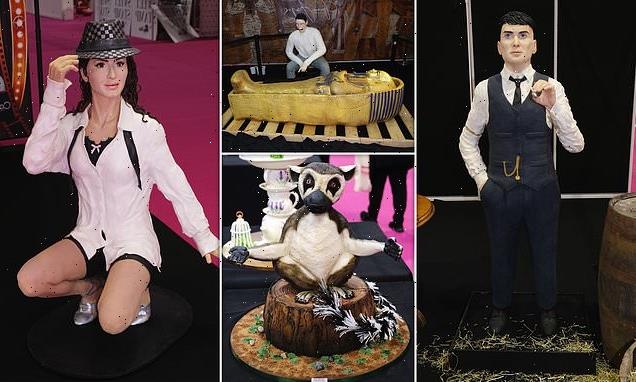 Too good to eat! Jaw-dropping creations go on display at Cake International – including a life-size Tommy Shelby and Tutankhamun’s tomb made from sponge

Bakers have created incredible edible displays for this year’s Cake International event at the NEC in Birmingham.

As a tribute to the final series of Peaky Blinders, cake artists Stephanie Would, from Bradford, Jane Lashbrook, from London, Sherrilee Clark and Corinna Maguire created an immersive Garrison pub for visitors to pull up a chair and sit down with a life-size cake version of Tommy Shelby (Cillian Murphy).

People will have the chance to step into the Garrison and soak up the atmosphere with favourite members of the Shelby family. 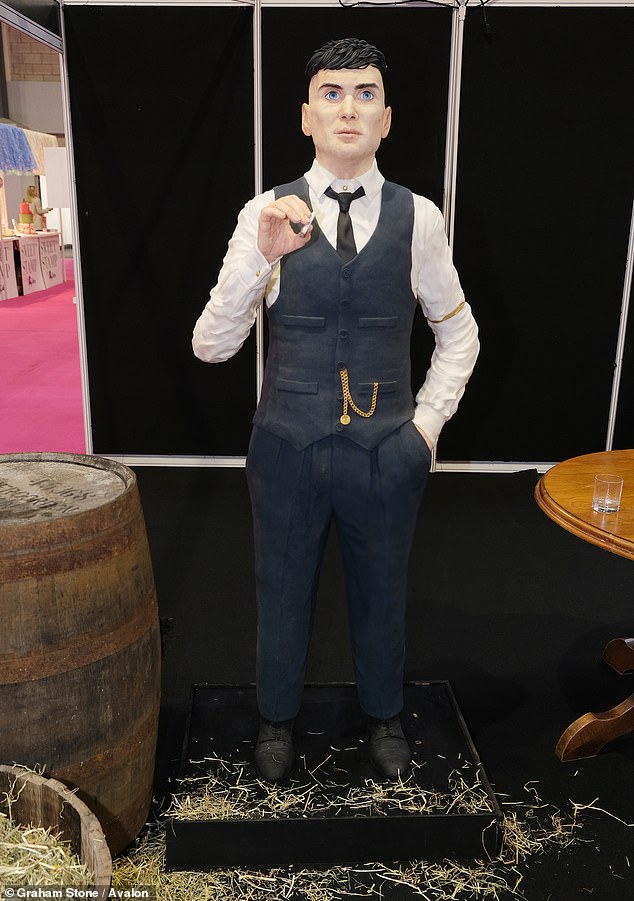 Bakers have created incredible edible displays for this year’s Cake International event at the NEC in Birmingham including this life-size cake version of Tommy Shelby (Cillian Murphy) from Peaky Blinders by Stephanie Would, from Bradford, Jane Lashbrook, Sherrilee Clark and Corinna Maguire 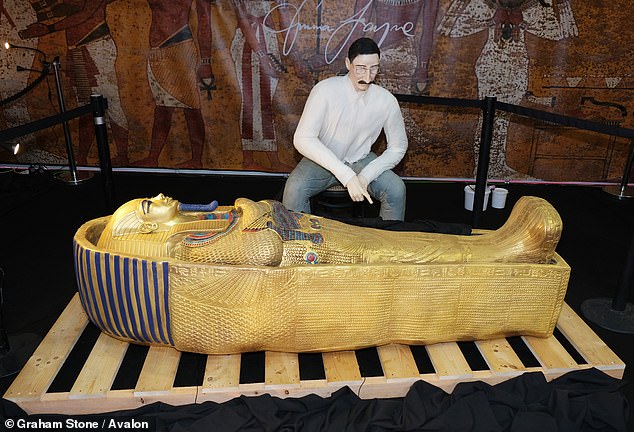 The team of creative cake masters is headed up by artist Stephanie of Cake Nation who says it has been a ‘huge project’ for her team.

She said: ‘We all know the popularity that the Peaky Blinders television show has had around the world, and I can’t wait to bring our creation of the Shelbys in the well-known setting of The Garrison to the NEC in November.

‘It’s a huge project for us which we hope everyone will enjoy seeing as by order of the Peaky Blinders.’ 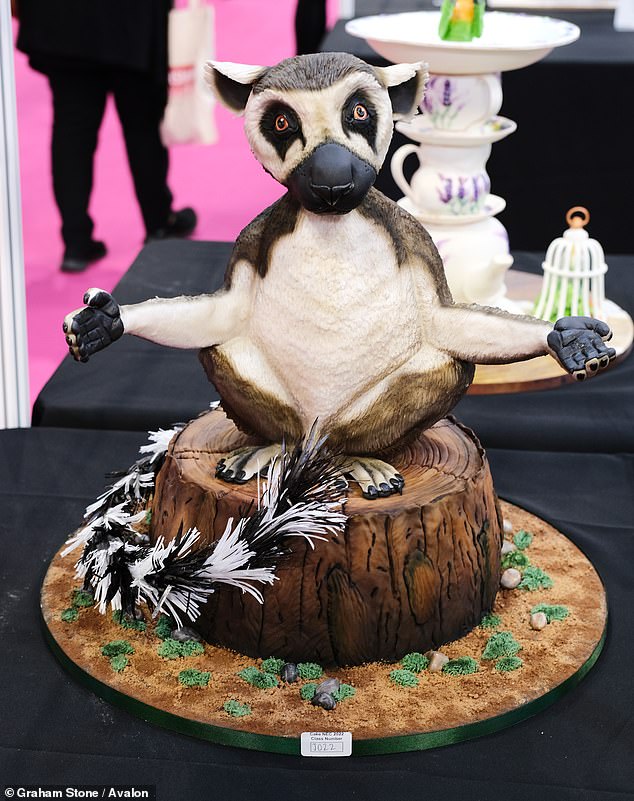 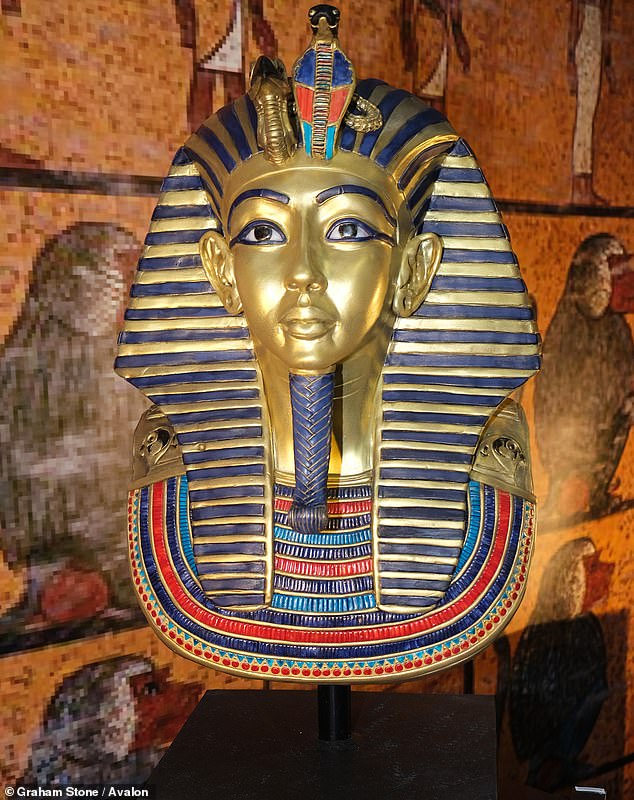 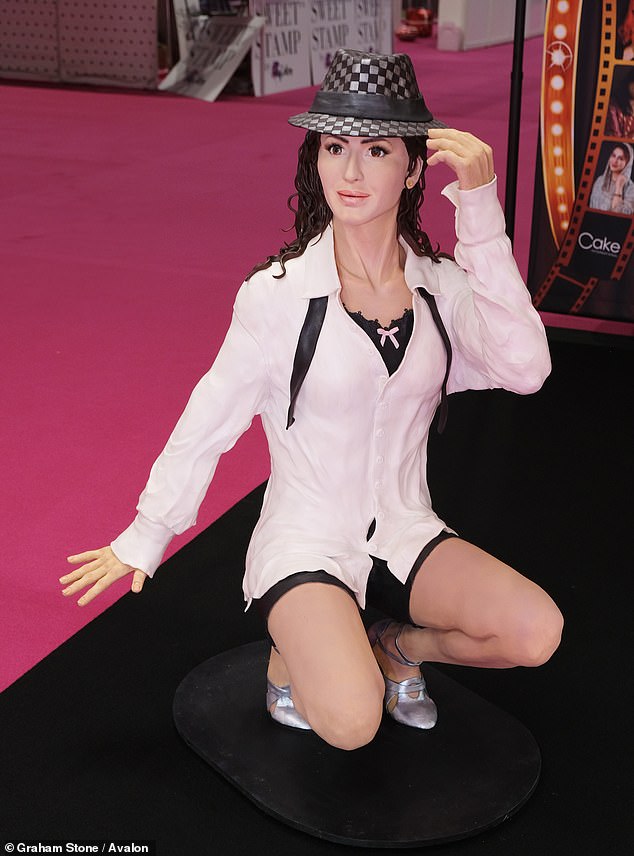 This incredible life size sculpture, which is called Cake Lights, Camera, Bollywood, is also made from sponge and icing 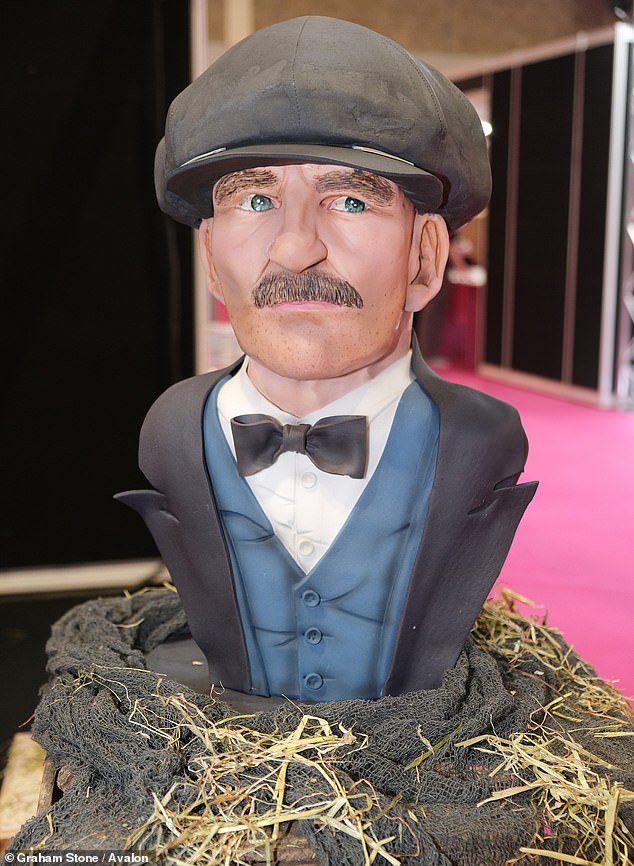 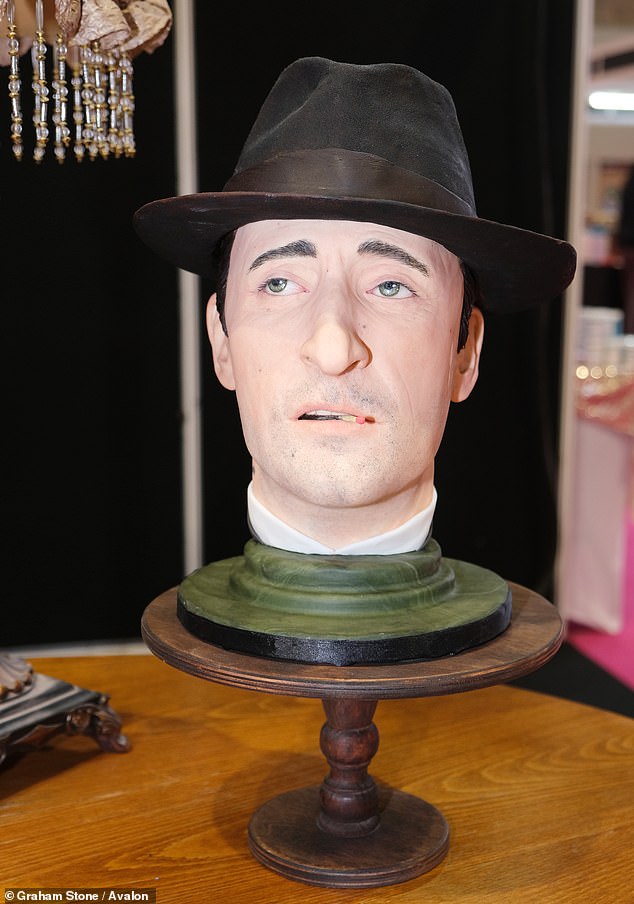 For those who like a bit of horror and gore, Sugar Screams and Bake Diary will be presenting a one-of-a-kind immersive haunting experience featuring 100+ cake and sugar craft artists from around the world.

Other events include bakery masterclasses, decorating workshops, and the chance to meet cake artists famed within the industry.

The competition receives over 1,500 entries each year and it attracts thousands of baking enthusiasts, cake artists, chocolatiers and patisserie chefs from around the world. 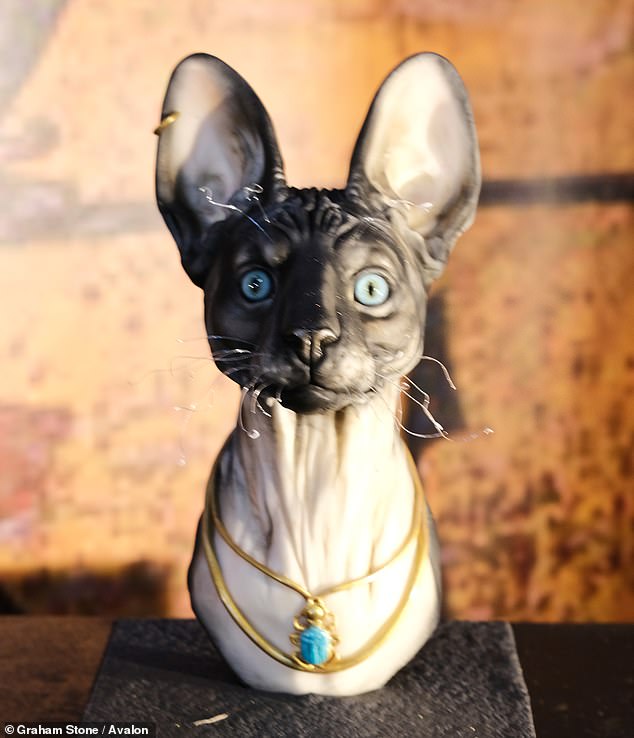 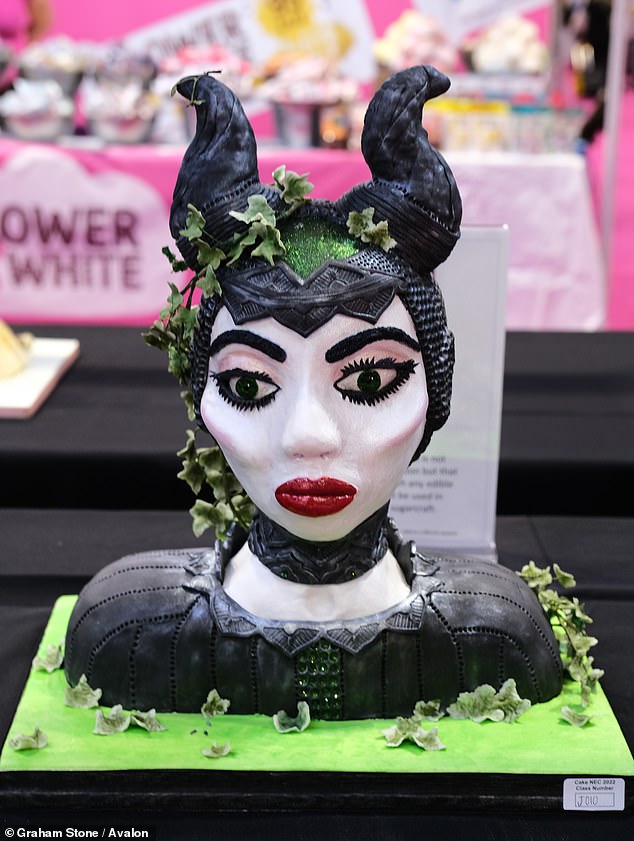 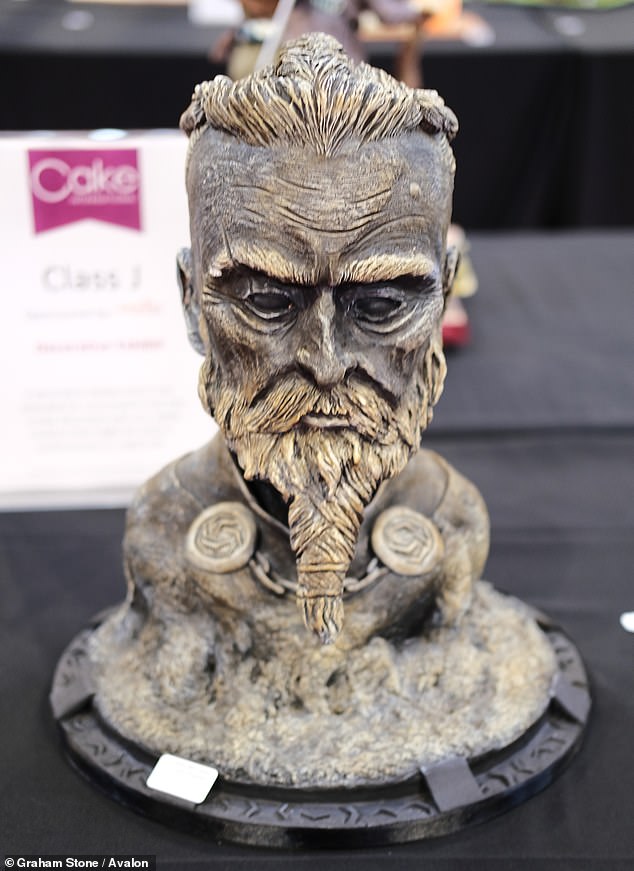 This cake looks like s real life statue, it is hard to believe it is made from sponge icing sugar and icing

Last year Stephanie showcased a 4.5ft-high Sir David Attenborough cake as the artist and her team of four helpers dedicated the life-sized cake to the naturalist, who celebrated his 95th birthday in May 2021.

Melanie Underwood, Head of Cake International says; ‘This year’s show really is set to be bigger and better than ever, and we can’t wait to share some truly exceptional features and exhibitors with our loyal returning Cake International visitors as well as attract a whole new audience to our new Bake International area.’ 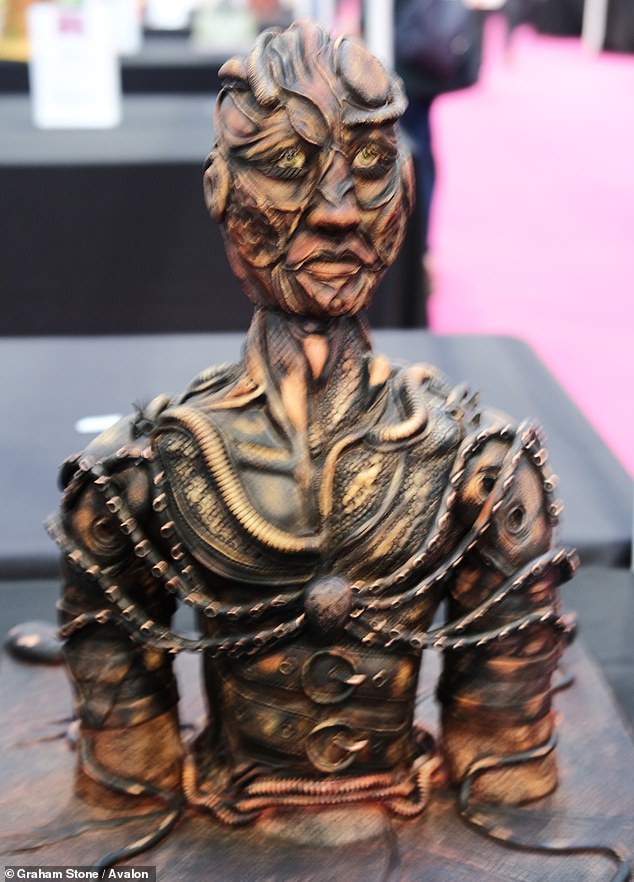