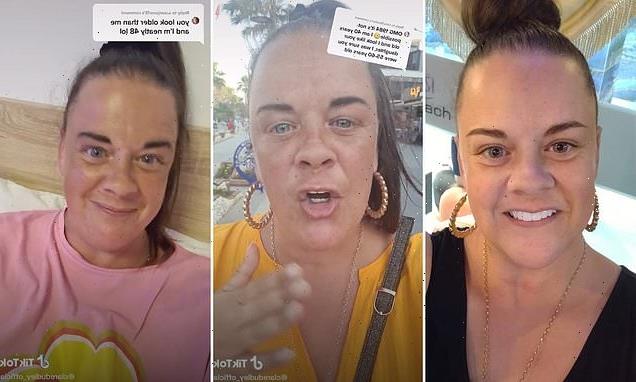 Mother, 36, hits back at trolls who claim she looks like a ‘grandmother in her 60s’ and says they should get rid of filters and make-up before criticising others

A sharp-witted mum from has responded to TikTok trolls who say she looks over 60, in a series of videos.

Clare Dudley, 36, from Cheshire has suffered a barrage of online abuse from TikTok commenters who claim that the mum looks much older than her actual age.

One commenter, told her: ‘Jesus, you look 50ish, very shocked,’ while another claimed: ‘That’s so unfortunate. I’d say late 50s.’

‘How old are you? You look similar to my nan’s age – 63,’ a third wrote, while a fourth told her bluntly, ‘Looks like you’ve been hit by a double decker bus, love.’

The mum, who’s gone viral several times while responding to trolls decided to hit back at the torrent of abuse. 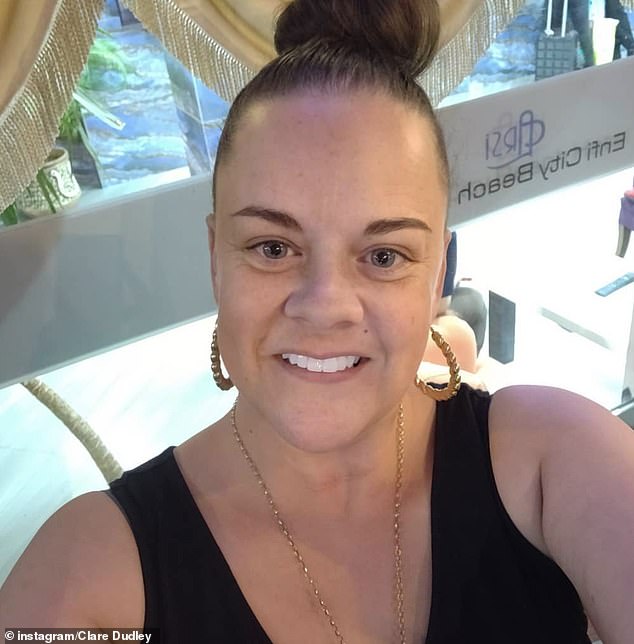 Clare Dudley, a mum from Cheshire has suffered countless TikTok trolls who have shamed her for the way she looks and insist she looks much older 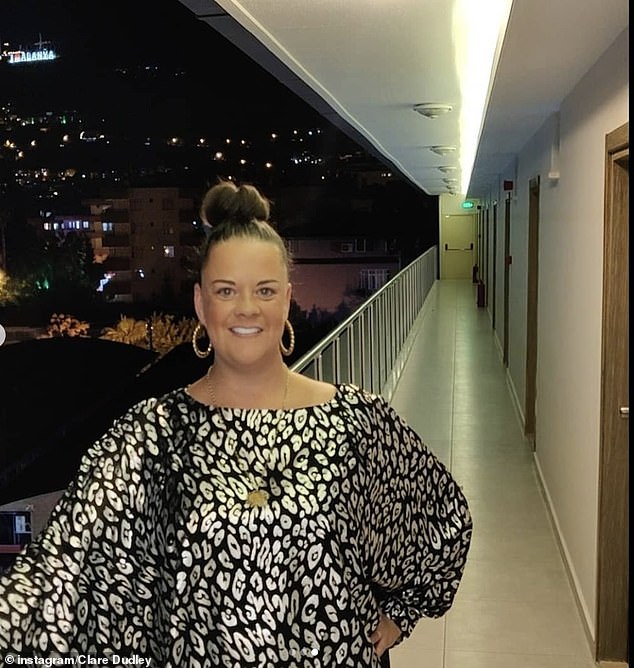 Clare who’s gone viral on TikTok several times for her witty responses, dares trolls to post a picture with no filter or makeup on before commenting on her looks

She posted a video in response to a commenter named Susan, saying: ‘I’ve just had a look at your picture and I’m not being funny, that’s filtered.’

‘Come on Susan that’s a filtered picture, and my mum said on that picture you look her age and she’s nearly 60,’ she continued in the video while giggling.

Instantly Clare’s followers come to support her, with one writing: ‘Susan looks filtered and filled and she doesn’t look any better for it. There is no comparison. Clare, you are natural and beautiful.’

Another agreed and typed, ‘Why is everyone obsessed with how old you look? Absolute saddos!’ 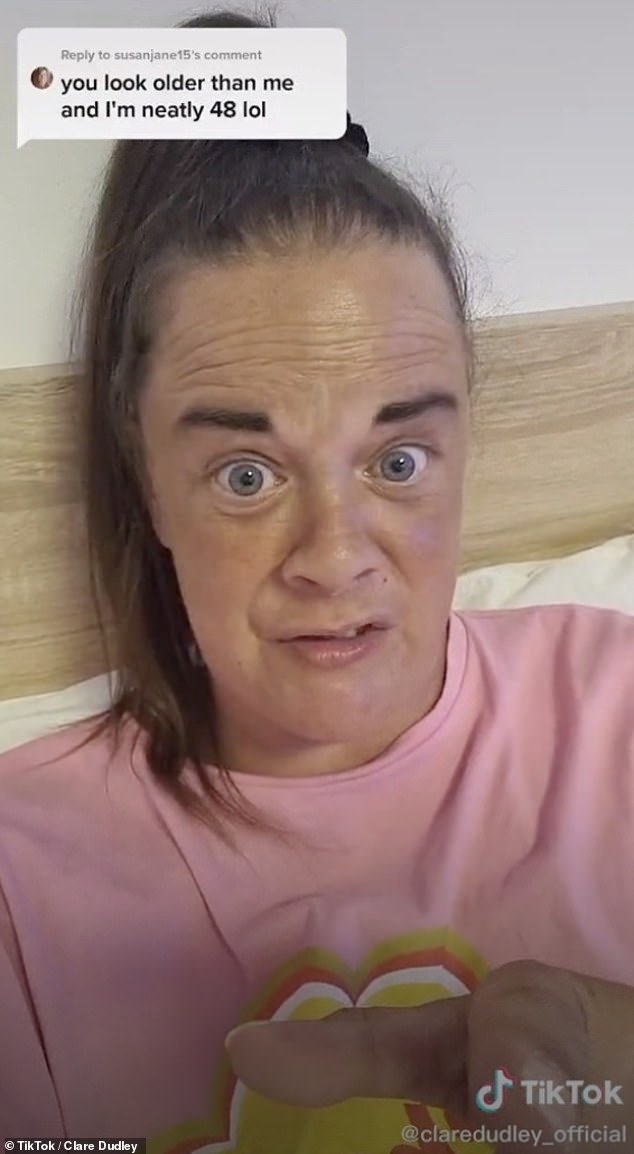 A third chimed in with: ‘Why do people feel the need for filters and then criticise others in the way they look?’

In another response video Clare posted that garnered more than 12,000 likes, a commenter rejected the fact that the TikToker was born in 1984.

Clare, clearly growing tired of answering the same question over and over responded in the video by calling out all the women who keep questioning her age. 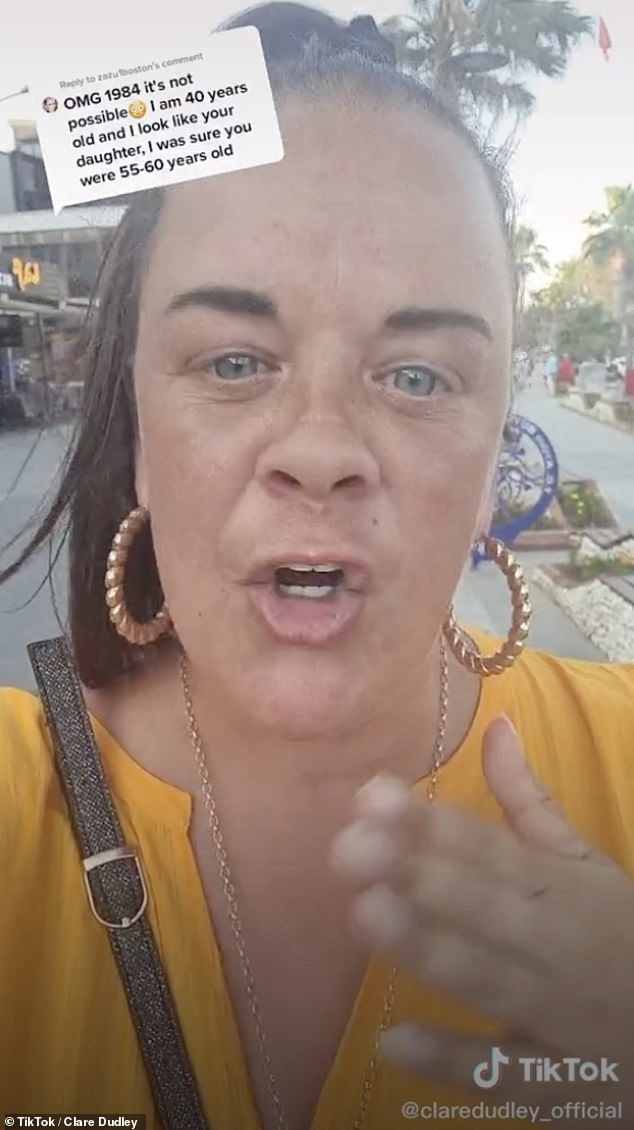 Clare’s TikTok followers are divided on opinions over the mu,’s age and many say they don’t believe she was born in 1984

She said. ‘Show me a picture of you with no make-up on and no filter on and then come at me. Until then, shut it. Have a nice day.’

One commenter who stayed neutral on Clare’s age suggested, ‘I’m not saying it’s right, but I think they keep putting rude comments on your post because of the reaction they get from you.’

While a third piped up with, ‘What is wrong with these people, you look great.’